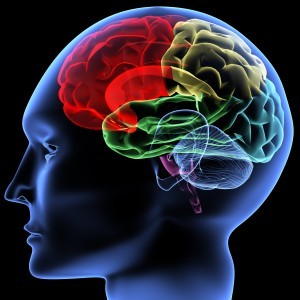 I grew up to see mentally ill people live perpetually on the streets, walking in rags and sleeping in heaps of rubbish. In the nearly three decades of my life there has not been much difference to this very ugly sight. It is derogatory to human existence and continuity and a national menace: As at the time of writing this article, there are three mentally ill people on the main road from Isale-Oko Garage to Sabo, Sagamu, one in Obalende Garage in Ijebu-Ode (both in Ogun State), one living under the Oshodi Bridge, Oshodi, and one (a woman) at  Jakande Estate, Isolo (both in Lagos State).

“A mental disorder is a clinically significant behavioural or psychological pattern that occurs in an individual and that is associated with a disability or with a significantly increased risk of suffering death, pain, disability or an important loss of freedom.”

One wonders what could make a person mentally ill. Some say it is caused by the use of illicit drugs, some others say it is repercussion for getting involved in evil activities and some are of the opinion that it could be familial.

Medically, the causes of mental disorders are generally regarded as complex and variable, depending on the particular disorder and individual. Although the causes of some mental disorders are unknown, it has been found that different biological, psychological and environmental factors can contribute to the development or progression of mental illnesses, singly or in combination.

It has been found that most psychiatric disorders are a combination of several factors rather than just a single factor. Genetics are thought to account for about 40% of a person’s susceptibility to mental disorders while psychological and environmental factors account for the remaining 60%.

It yet surprises me to see someone with mental illness smoke cigarettes (alas, old habits die hard!) for social habits such as substance abuse have been implicated in the development of mental illness, and neuroscience studies have linked the effect of cannabis on the brain to the development of psychosis. Such stress as failure in examinations, dismissal from employment, and heartbreak from lost relationship could easily destabilise a person’s psyche so much that they slide from depression to psychosis. And other possible causes of mental illness include physical and sexual abuse, loss of a significant loved one and neglect- yet ‘neglect’ is a cause as well as an effect.

It might interest you to know that studies have shown a direct correlation between poverty and mental illness: The lower the socioeconomic status of an individual the higher the risk of mental illness. As such, poor people are two to three times more likely to develop mental illness than those of a higher economic class.

Yet, some people with psychiatric disorders in Nigeria live on the streets despite adequately managed facilities of international repute for the care of the psychiatrically sick such as the Neuropsychiatric Hospitals at Aro, Abeokuta; Yaba, Lagos; Uselu, Benin City; Kaduna; and Enugu; and Departments of Psychiatry of the University College Hospital, Ibadan, and of Ladoke Akintola University of Technology.

During my 4-week clinical posting at the Neuropsychiatric Hospital, Aro, Abeokuta, I discovered it to be extremely proficient in the expert management of psychiatric in- and out-patients. Care at the centre is subsidized and patients get excellent care- as much as possible to give in a Nigerian setting. But the practice is such that if these people are not brought to the facility by their family members, nobody does.

Hence there is a gap: Who will take the mentally ill person on the street to the hospital? No one will- for the obvious reason of stigmatisation. Hence these people are left to rot without- and without food, shelter or care. And whether it is sunny or raining, windy or humid, they have no acceptable protection from the (capricious) elements – as if they are less human. Yet, every human has a basic right to shelter, clothing and food.

A situation where these people wander astray on interstate expressways on a journey to nowhere with its attendant risk of vehicular deaths is a testament to the failure of governance nationally- in this regard.

Individuals and non-governmental organisations should therefore intervene. It is for such a cause as this that we should once more occupy Nigeria, not by occupying the streets but by bridging the gap and filling the vacuum; by being the trains that convey these people to facilities for specialist care.

It is an injustice to our future generations if we allow the corruption of human minds by allowing our kids to grow up in communities where they see fellow humans rot. We must rise now and bring help to these helpless people. Nigeria’s biggest and richest resource remains her people. People must not waste away. We are the bridge; let’s fill the gap.

Freeman Osonuga is the Founder and Executive Director, Heal The World Foundation Nigeria.