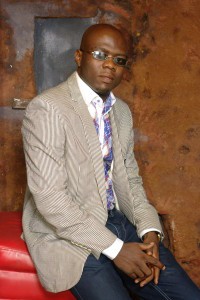 I was at a social gathering some weeks ago. Food and different kinds of drinks including “table water” were available. While the guests, gaily dressed in latest Aatiku lace, voile lace, Ankara and Jacquard materials, were enjoying themselves. The true Nigerians skirted the edge of the gathering. They were the children of the poor, those whom life has left behind. They came, some furtively, some brazenly, armed with nylon bags to gather the left overs of the choice food consumed by the guests. Those children are supposed to be the future of Nigeria. Those children also represent the present state of Nigeria.

When we were young,” said one of the guests with whom I was sharing a table, “our parents were poor but, at least, we didn’t eat the left overs of strangers.”

Good bye yesterday, I have often wondered what those brave men and women in the committee for vision 2020 are seeing that we, the common people, are not seeing. Perhaps, our vision is different. What I know is that despite the high praise for the economic miracle wrought by heads, that miracle is yet to translate to more jobs and life more abundant at the grassroots. I know that today, Nigerians are poorer, not richer, than when General Sani Abacha seized power in November 1993.

What are the facts? Let any of the ministers come out and tell Nigerians what has happened to his personal businesses since 1999. How many of them have hired more workers and opened more offices? I can speak at least authoritatively of the banking industry. There had been more death than births among the banking industry and financial sector in general since 1999 – some of them, like the Afrik bank out of life by proscription. Today Nigeria has about 10 percent of the number of newspapers and magazines it had 13 years ago when the military aborted the second republic.  What is the fate of dry leaves before a storm that is scattering stones?

What is alarming now is that the regime is consolidating poverty. It is a universal truth that most of those who are born poor would die poor. But modern, enlightened governments have found that while they may not be able to abolish poverty altogether, they can soften its blows through free education and other social programmes.  Chief Obafemi Awolowo, first premier of the defunct Western Region, had as the motto of his party, the Action Group, “Freedom for All and life more abundant.” One of the main components of emerge as one of the most important political figures in Africa and one of the most original thinkers of the 20th century. Awolowo introduced free primary education and liberal award of scholarships during premiership. Awo rightly believed that the way to tackle ignorance and poverty was to made education available to the children of the poor.

Chief Obafemi Awolowo was a lucky man. He did not live too long to witness the virtual destruction of education in Nigeria. Today, a Counsellor earns more money than most university graduates. In the current milieu, investment in education is yielding the lowest dividend ever. Why educate the children of the poor when the thing they need to do is join the army or politics and live happily ever after, enjoying full family support? Worse still is the issue of fees, the nation’s higher institutions are in a ferment over the proposed hike in tuition and other fees…

It is hard to think that the children, who are now arming themselves with nylon bags to pick leftovers, have any enviable future. They were all born too late to enjoy the free education of Awolowo, and later that of his paladins during the second Republic. If only they will live long enough to witness the rebirth of Nigeria. For now, it appears their only future lies in picking from the dustbins of the rich.