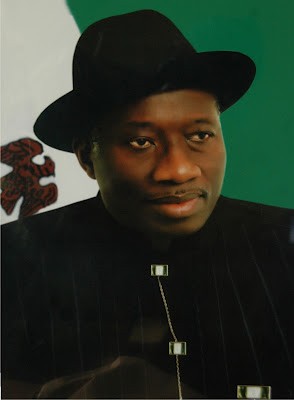 Ever since President Jonathan , in a sudden Damascus-like conversion, decided to convene a National Conference, the entire country has been agog with intellectual and political excitement. The presidency must be enjoying itself. It is like throwing a scrap of meat at the whippersnappers of change and asking them to get on with the feral scrape or get lost.

Pundits have been moving from one television station to the other. Nobody now seems to remember the Indian origins of that word. Of great concern to an ageing snooper is how some of these chaps always manage to arrive at the station in the early hours without appearing bleary-eyed even as yours sincerely battles with insomnia. It doesn’t add up, or do the stations have five-star suites? This is what George Lukacs, in a famous swipe at Theodore Adorno, calls the Grand Hotel Abyss.

But while snooper is wallowing in self-pity, you can trust the irrepressible Okon to cotton in on the latest road show in town. The boy has been assembling a truly historic cast of rogues, ragamuffins and other riff-raff on the margins of society for what he called a Conference of Real Ethnic Minorities of Nigeria, CREMON. One morning, the affable crook , drunk with self-importance, walked up to snooper.

“Start what, and where?” snooper snarled.

“I see. Have you obtained Police Permit?” snooper demanded.

“Oga, we don get dem Learners’ Permit from dem license office.” Okon snorted with criminal relish. Before snooper could respond to this outrage, an irate Ibo who had been stomping and stamping around with a scowl suddenly exploded. “Nna, make we begin to fire now, now. If not for dis confluence I for don sell ten tires for Ladipo since morning.”

“Watch your tongue. I come from Onitsha and I no be Ibo man”, the man screamed. A call to order suddenly rang out amidst the din. It was James Henshaw, the old Calabar aristocrat and hell-raiser ,who claimed to have seen action as a submarine crew during the Second World War. He had arrived on the premises a day earlier with a retinue carrying his fresh supply of crocodile and hippo meat. When he was not reading old newspapers or sniffing from an enormous pouch of snuff, he was eyeing everybody with a supercilious frown which could be quite unnerving.

“I hereby declare the conference open. The mistake of 1914 is that the Brits didn’t make Calabar the Federal Capital. We will sue them for reparations”, the old bandit declared. A burly Ijaw man with rippling biceps suddenly jumped up.

“I am not a Nigerian, and I don’t speak English, period”, he announced in English and with a ferocious scowl. The Ijaw stalwart then ordered his aide to translate what he said for the benefit of everybody. As the chap started speaking in some ancient Old Testament tongue, there was pin drop silence.

“Kai, this is what they call Lingua Fracas”, Baba Lekki rumbled from the depths of slumber. Pole-huggingly drunk as usual, he had fallen asleep on the sofa while claiming to take minutes. It was at this point that an old Godogodo soldier who had been watching the proceeding with barely concealed irritation let go a brisk volley from a concealed revolver which sent everybody scampering for safety.