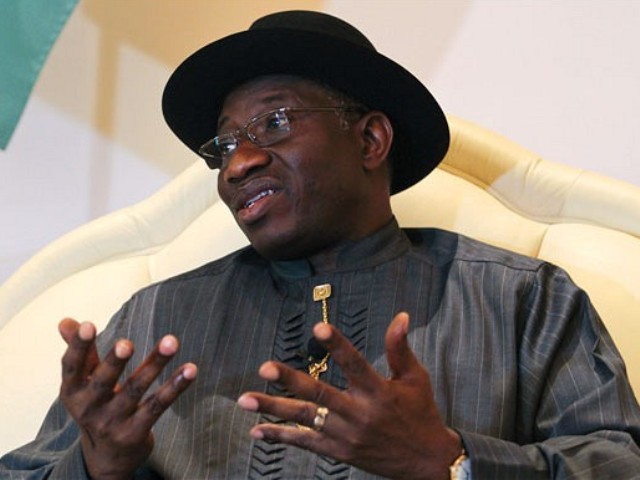 WHAT will President Goodluck Jonathan do to please Nigerians?

Even a brief illness – a routine for millions of Nigerians who throng the hospitals when our easily provoked doctors are not on strike – has become a subject of scurrilous attacks on his integrity.

Dr Jonathan fell ill the other day in London. In the spirit of the openness and transparency that have characterised his highly successful but much maligned Transformation Agenda (T.A.), his spokesman Dr Reuben Abati issued a statement, saying his principal was “ indisposed” and had sought “precautionary” medical attention.

That was all the President’s traducers needed. They pounced on him with the ferocity of a hungry lion. They said Jonathan was not ill, but battling a big hangover after hitting the bottle so hard on his birthday, which coincided with the London trip. Hangover? How? All attempts by Abati to ram it into the heads of the purveyors of this treasonable rumour that his boss is a teetotaller failed.

What kind of drink can induce a presidential hangover – if any has ever occurred anywhere in the world? Johnnie Walker? Bicardi Rum? Scorpion Vodka? Scotch Whisky on ice? English Whisky? Cognac on the rock? Brandy with soda or plain Brandy?

The debate on the etymology of “hangover”, its politics and social impact has been raging in boardrooms, newsrooms and varsity staff rooms where idle teachers-beer glasses in their hands – have been coming up with strange and scary effects of alcoholism. Teachers have so much idle time now – no thanks to the Academic Staff Union of Universities (ASUU) strike – to propound esoteric theories, some of which could actually be treasonable but for the characteristic magnanimity of the Jonathan administration.

When is a man (or a woman) said to be having a hangover? Does a hangover indicate a state of recovery from bingeing? Can’t a hangover result from the stress of office? Or a six-hour flight? Do presidents have hangovers? Is a hangover a medical condition? When should a man visit the doctor as a “precautionary” measure?

Unknown to his traducers, Dr. Jonathan was already fit as a fiddle after a few hours rest – as prescribed by his doctors. He then went on to attend the Honourary International Investors Council (HIIC) meeting, the opening of which he missed. They, those idle fellows apparelled in critics’ garbs, then launched into another round of wicked speculations. If it was no hangover, how come he recovered so fast? What was the nature of his illness? Waving the Freedom of Information (FOI) Act, they demanded to know Jonathan’s health status.

Even when he returned to Abuja and told reporters that he actually had some health “challenge”, the questions did not cease. Wetin be challenge? Tell us if na hangover or no be hangover; chikenah, some said scornfully.

But, dear reader, today’s column is not about “hangover” and its complex theories. It is all about those words and phrases that have been etched indelibly in our minds this year because of how they have been deployed by some key personalties.

By now, those civil servants of old must be ruing the way officialese has been battered by the very people who should be its custodians, all because the civil servant has been relegated to the background by the political appointee. The other day in Abuja, a minister told of how she got a memo for the purchase of two bullet proof cars. In the memo, there was nothing like this: “ I have been directed to inform you that after a careful deliberation and in consideration of the fact that there are security challenges in the country, it has been well advised and it has been so accepted that the ministry should buy two armoured vehicles for the Honourable Minister… . Please, accept the assurances of my esteemed highest regards. Your obedient servant… .”

Not anymore. We are in the age of Short Message Service (SMS). The minister – no prize for guessing who she is, dear reader – simply replied: “Do the needful.” You can imagine what the reply would have been in those days.

Until the Dependent –sorry, a slip there – Independent National Electoral Commission (INEC) deployed it to break the tragic news that was the Anambra State governorship election, nobody really cared about the word “inconclusive”. It had no place in our political lexicon. It barged in on us like “annul” did in 1993 when the military regime of the self-styled president, Gen. Ibrahim Babangida, halted the announcement of that year’s presidential election – Nigeria’s fairest and freest ever – which frontline businessman Chief Moshood Abiola was set to win.

INEC agreed that the Anambra election was rendered inconclusive by a cocktail of irregularities – late arrival of materials and officials, voter register confusion (many names were missing), thuggery and sheer sabotage (as in the case of Idemili North) – but refused to cancel the exercise. Why? Any logic here?

There is no need for INEC to hang on to its unpopular decision, like a Premier League referee. If it insists that the inconclusive election will stand, does it not imply that the exercise had been compromised ab initio?

INEC chair Prof Attahiru Jega is a man of integrity, but this Anambra show has failed all tests of integrity. He need not be scared to do the needful. He should apologise to the electorate for letting them down, pull the brakes on the planned supplementary election – you can’t supplement a doomed venture – and get set for a fresh poll. No need for grandstanding. No need for arrogance. No need for deceit.

They called themselves the Group of Seven (G7, for short) but the Peoples Democratic Party (PDP) labelled them “rebels”. The seven governors said they were fighting for reforms in the party, threatening that should they not have their way, they would leave. Five of them quit on Tuesday.

The PDP leadership thought it was all a joke. Why label them rebels; to bring back memories of the war? Will PDP keep Nigeria at war perpetually? Now, the PDP’s rebels are heroes of the All Progressives Party (APC), which is fighting to save our democracy from the brink to which the PDP has recklessly taken it.

As the PDP battled to rein in its “rebel” governors, it got support from the Presidency and the police. The police, following “orders from above”, smashed a ceremony at which new teachers were to be presented letters of appointment in Port Harcourt. The New PDP’s offices in Abuja and Port Harcourt were sealed off after the police got “orders from above”. A meeting of governors at the Kano Governor’s Lodge in Abuja was invaded; the police had “orders from above”. The police should not be deceived; Nigerians know that finding among them a spiritual giant who may be getting heavenly instructions is like finding a needle in a hay sack. Many Nigerians will readily proclaim that “above” is the Villa. Can’t the police be more creative?

There are so many other fascinating words and phrases, thanks to the inventiveness of our talented politicians. If they build a public toilet and give youths motorcycles, they call in television stations to beam to us all their “giant strides”. And when it is time for elections, they buy cutlasses and axes for youths–all in the name of “youth empowerment”.Whatever they do, they say it is to “move the nation forward”, even as they, by their actions, engage the reverse gear.

No matter what you say about the Nigerian politician, you can’t accuse him of not being creative, most of the time in the negative sense. He knows how to choose his words and use them to the fullest effect.

A bloody nose for PDP

Peoples Democratic Party (PDP) chair Bamanga Tukur says he is “shocked”– I hope his doctors are on the alert for any eventuality– that five of its governors have fled like rats from a sinking ship. The party should, by now, be ruing the day it decided to enthrone impunity over justice and division over unity, setting one group against another and mixing personal interest with party interests, even as it paid little attention to governance. Its loss of five governors –more to follow – to the All Progressives Party (APC) will surely hurt its foolish dream of ruling Nigeria for 60 years.

The APC has been called a party of strange bedfellows. But its leading lights have said that the guiding principle is to save Nigeria’s democracy from the political barracudas in the PDP, which has made a mess of almost all the sectors –economy, education, security and more. The government has been fighting corruption with all its might, but corruption keeps growing. It has been crying rule of law, vowing to respect the constitution, yet impunity rules. It has been sloganeering about free and fair elections, yet ballots get battered.

There is no need to cry for the PDP. It has all the opportunities to make life comfortable for us all, but it lacks the tools – leadership and character. Isn’t that what politics is all about?