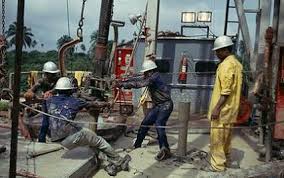 In terms of capacity to generate controversy, especially of the notorious variety, the next issue in contention is perhaps a review of the ecologically-correct operational practices of oil firms in the country.  Consequently, it is hardly surprising that the global human rights watch-dog, Amnesty International, should draw the ire of Dutch multi-national, Shell Petroleum with the allegation that the oil giant has been consistently responsible for manipulating probes into oil exploration activities in the country. According to the global watch-dog, every attempt to review practices by oil companies in the country have always been manipulated by Shell Oil company which has, expectedly, rejected the allegations.

According to Amnesty International in its latest global report, because the Anglo-Dutch oil-giant is easily the most predominant oil company in the country, it has always been in the interest of the company to manipulate probes into the sector, ostensibly to downgrade stinging criticisms of some of its business practices, especially as they relate to environmental-friendliness. The robust denial of the allegation put up by Shell Nigeria does not, in any way, invalidate the fact that a favoured corporate strategy by the oil giant includes exercising control and influence over vocal institutions in society, including the media and the military, among others.

During military rule, this preferred strategy of influence was applied almost to the extent of compromising a vital national institution like the military, reinforcing the erroneous impression that Nigerian soldiers were ordinary security guards available on request to enforce the unscrupulous biddings of ruthless oil-companies. In spite of its protestations, the company became a major beneficiary of this so-called evil symbiosis between the state and oil firms, to enforce repression and frustrate protests in oil-producing communities against unwholesome practices like the tear-jerking environmental degradation, eventually prompting the United Nations Environmental Programme report which categorically indicted Shell activities in Ogoniland.

Rather than invalidate the allegations by Amnesty, strident denials by Shell, ironically, refocus attention on the evil alliance the organisation struck with late Gen Sani Abacha and Justice Ibrahim Auta, resulting in the judicial murder of environmental rights activist and writer, Mr Ken Saro-Wiwa and the bathing of the playwright’s remains in acid to discourage legitimate protests against scorched-earth oil exploitation in the environmentally-devastated Niger Delta region. The incorporation of the media into this evil alliance by oil companies has considerably constrained the capacity of oil communities to protest environmental degradation by oil companies in the country.

Apart from late Ken Saro-Wiwa who was judicially murdered by Abacha and Auta to muzzle protest against the environmentally-unfriendly business practices of oil companies in the country, especially Shell, other issues and reservations exist to justify the allegation of manipulation probes into exploration activities by Amnesty International. For example, at Iko in Eastern Obolo Local Government Area of Akwa Ibom State, acid rain triggered by reckless oil exploitation by Shell makes it mandatory for ordinary folks to re-roof their buildings every three or four years as a direct consequence of environmental degradation. In 1990, injury was added to the insult when the oil company brought in policemen from Ikot Abasi who not only disrupted a burial procession but also burnt the corpse that was awaiting burial.

Till date, the community has no potable water while well-fed employees cavort in obscene luxury in the house boat moored just across the estuary even as the rest of the community continues to remind itself that theirs is a composite picture of man’s inhumanity to man. It would have been better if the company had maintained a dignified silence in the face of these allegations rather than refocus attention on veritable indices of corporate recklessness and irresponsibility which it hitherto relied on the military to enforce, until the UNEP report exposed the evil alliance by the establishment and its collaborators, including oil companies, against oil-producing communities.

Until the degradation of hiding behind the evil alliance to terrorise oil-producing communities was exposed by the United Nations report in Ogoniland, self-righteous denials of improper conduct as Shell is doing was the order of the day in the country. This travesty of justice eventually forced Nigerians to adopt the self-indicting option of approaching foreign courts to obtain restraining orders against oil companies that were incapable of wrong-doing in the eyes of the fawning Nigerian establishment and security apparatii. So if this was the legacy, what is the moral justification for protestations against allegations of manipulating probes into oil industry activities?

Considering the magnitude of atrocities committed by oil companies against captive oil-producing communities, baseless rejections of accusations of manipulating attempts to enforce justice and propriety in the oil industry amount to heaping insult upon injury. Because successive governments in the country, particularly under the military which often ridiculed the country’s sovereignty by placing soldiers at the beck and call of oil companies, Nigerian citizens systematically became disillusioned enough to forfeit confidence in the local judicial machinery to be able to offer them true justice. Until Shell, which had exploited the status to pocket every potential critic, is able to contradict the \United Nations report on its activities in Ogoniland, the swaggering oil giant effectively forfeits the moral capacity to challenge allegations that it is a serial manipulator of attempts to probe the activities of oil companies in the country.

Is it going to challenge the fact that, aided by the corrupt military, it continued to pollute Ogoniland and elsewhere for as long as it has taken since the company first struck oil in the country. Is the company challenging the fact that for decades, it has perfected the strategy of deliberately keeping the media compromised hence helpless to discharge is professional responsibility of demanding corporate responsibility for decades of massive environmental degradation by oil companies, especially in the despoliated Niger Delta. For the past 26 years, the family of the man whose corpse was burnt in Iko have been making supplications and appeasements to their ancestors in the hope of staving off disaster from the sacrilege of defiling a dead body as the company did in the area.

This writer volunteered to challenge the global human rights watch-dog recently when the organisation claimed that suspected Boko Haram detainees were summarily killed in detention centres across the country. It was a wild claim that deserved to be challenged and put in perspective. But this allegation about oil companies manipulating probes into activities and practices in the industry is not wild, is as old as the history of oil exploration in the country hence it deserves all the attention possible. Shell is a major share-holder in the evil alliance that is benefitting from the brigandage of oil exploration and exploitation in the country. And for relishing Ken Saro-Wiwa’s judicial murder, the corporate barracuda forfeits the moral authority to complain that it consistently manipulates probes into the oil industry in Nigeria which is primitive compared to the lessons which US President Barack Obama imposed on British Petroleum, another oil industry major, after the Gulf of Mexico disaster.