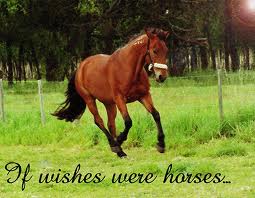 I grew up in Nigeria with great optimism that someday, our country would be great. I envisioned a giant African superpower with the interests of her people and other Africans at heart, a nation that would provide equal opportunities for her citizens in order to build an egalitarian society that would stand the test of time. This writer strongly believes that this is a dream shared by all Nigerians irrespective of faith or ethnicity.

I have read, seen, and heard countless people hope and wish for a better Nigeria. Everyday on social media, young Nigerians – the alleged leaders of tomorrow – rant endlessly and criticize unfavourable government policies and inappropriate actions of people in government. This may seem rather extreme, perhaps even unpatriotic, but in all honesty, we do not deserve to be treated by our own government as if we do not matter. The question, therefore, is: ‘when will Nigeria finally attain greatness and just who will bring about the much desired stability and peace, and etch a permanent smile on the faces of all Nigerians?’

It is a statement of fact that most of us have given up all hope of ever having a country that works; some have chosen to stay away until things get better (if ever), while those who try to get involved are instead being vilified and demonised by the very people that they seek to fight for. For instance, it is not unusual to find a government critic being tagged an ElRufai or Ribadu or Melaye ‘boy’. Those who irrationally support this government – the Jonathanians – lie in wait for the slightest opportunity to malign the aforementioned personalities and all those who seem to support them. They forget that criticism is supposed to make a government more alive to its responsibilities and should therefore be welcome and objectively analysed in order to learn from it. Criticism should motivate a true leader and challenge him to work harder. The likes of Barack Obama, David Cameron are criticised but this does not stop them from executing their responsibilities.

It is rather confounding that in the face of such glaring inefficiency, some are still able to defend this government. This is even more shocking because deep down in their hearts, they must also know that this country in which we all live presently is not the Nigeria of our dreams. For a country that produces over two million barrels of crude oil in a day, it is a big shame that we still live in such pitiable conditions; the average Nigerian subsists on less than $1 per day.

Millions of Nigerian youths are unemployed – this is, in itself, an especially scary sign as the future of every country lies with her youths. Youths have been called ‘leaders of tomorrow’ since time immemorial, but those who led then are still leading now. This government is obviously not concerned with the dangerous unemployment statistics and simply could not care less about the effects that such a dangerous trend could have on our collective future.

In line with this laissez-faire attitude towards the welfare of her citizens, the Nigerian government apparently also does not care whether or not students have access to education. Universities have been on strike for months and nothing is apparently being done about it. The Almajiri school that was promised in 2011 also still remains a mirage. There are millions of girls hawking groundnuts instead of being in school – a walk through most states in Northern Nigeria bear testimony to this. Is this what we deserve?

Do our leaders ever take time to ponder about how the average Nigerian lives? This present crop of leaders – if their actions are anything to go by – obviously neither believe in God nor in a Day of Recompense where they will be made to account for every kobo that they misappropriated.

Education – that which leads to the development of any country’s human resources – should in fact be given utmost priority, not ignored. Our educational sector is poorly funded and this is evident in the dilapidated structures and lack of facilities in our publicly owned institutions. Libraries are not modernised and students are expected to excel with material in tattered books written decades ago; yet, the government expects that these institutions produce doctors, engineers, teachers and even security operatives who will someday be in charge of this nation’s affairs despite not being adequately prepared for it.

Another result of this is the mass flight of Nigerian youths to foreign countries in order to have access to qualitative education. Nigerians would now rather study in Ghana, Uganda, Malaysia, South Africa and India in order to salvage their future. Once upon a time, Nigeria was at par with Malaysia so this just begs the question of what exactly happened and how we managed to get here.

What happened to us and why are we retrogressing?

Our leaders know what to do but they are just not willing to solve our problems. They are into politics not to work and empower the masses but to defend their personal interests. In Nigeria, good people are often despised and vilified for saying the truth. Corrupt and evil people, on the contrary, are celebrated for being strong advocates of the loot-and-share principles.

Nevertheless, it’s good to be an optimist; maybe someday, positive change will come. We hope to have a transformation (not Jonathan’s) that will salvage the future of the present while securing that of the generations yet unborn. With the direction in which this country seems to be headed, this writer just can’t help but be fearful of how the future would be. Aren’t you?