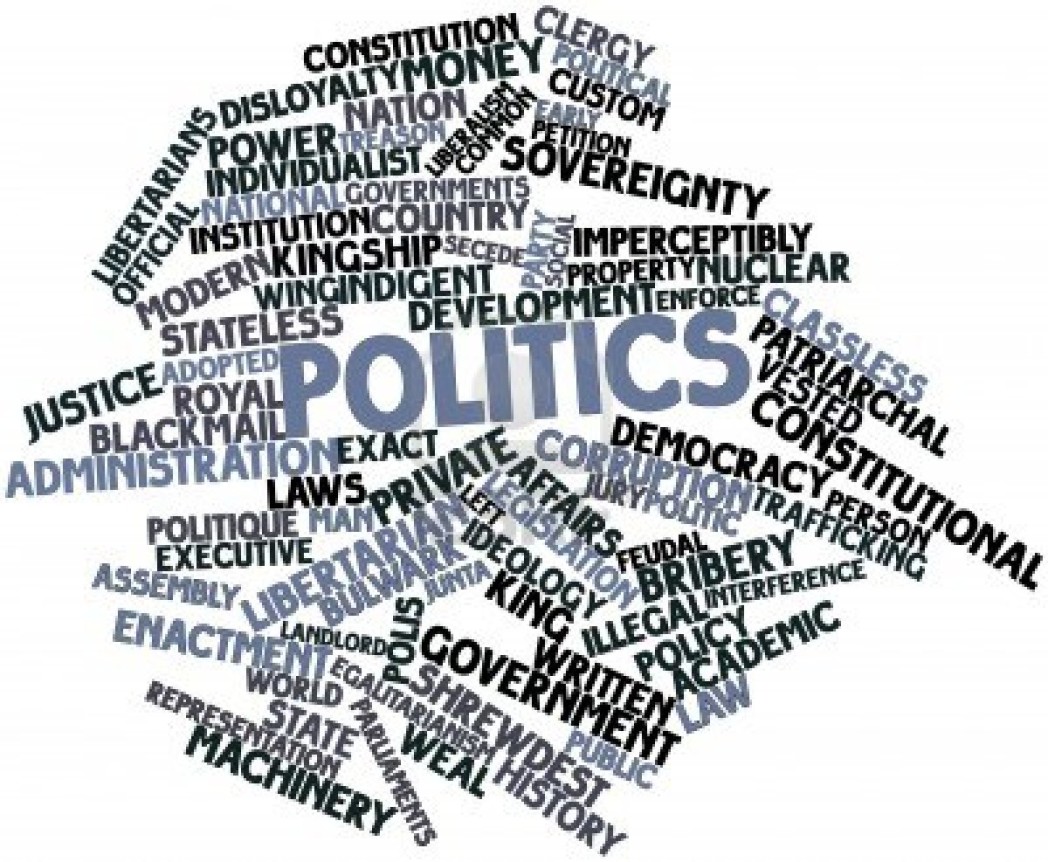 Aside  the  realignment of political forces on the Nigerian political terrain inherent in the defection of five governors from the ruling PDP into the nascent APC,  two  issues on  the Lagos state style of governance engaged my attention and time this last week. The first was the way  the state  under its Governor Babatunde Raji Fashola  is handling  the issue  of achieving its set  goal of  food security through the strategies and plans of its Ministry  of Agriculture and Cooperatives. The second was  the focussed determination  of the Governor  to keep traffic flowing  in the Lagos  Metropolis  for the comfort of its citizenry.  In  stark terms and clear words  the  State Governor told a gathering of  Lagos State Traffic Management Authority – LASTMA  personnel, executives and stakeholders that if they have to choose between booking a traffic offender  and obstructing the flow of traffic, they should let the offender go and let the Lagos traffic  flow  like water at all times.

Given  the merger of APC  and  PDP  mentioned earlier,  an immediate  media analysis of the political  spread, strength  and national power of the  two  major  political parties in Nigeria has 18 states for the ruling PDP, 16  for  the APC, one  for APGA in Anambra and one for the Labor  Party in    Ondo  State.  If  you do a mental arithmetic  that the governors  of Jigawa  and Niger State did not append their signature to the APC  merger  because they would rather wait till the new year,  together with the EFCC investigations   or  harassment of the Jigawa governor’s sons for  money laundering, you may safely add  two states  to APC’S 16  to  get 18. In addition,  if  you  recall that Ondo’s Labor Party  is closer to APC and  is indeed in its catchment area, then you  can give APC 19 states  out of 36  nationwide.  That  is really  over 50 per cent of the states in Nigeria and that is before the 2015 elections. Indeed the PDP  scribe in reacting to the merger of the New PDP  and APC seemed to  be accepting defeat before the elections when he said that the defectors would come back to the party after the 2015 elections and the PDP  would welcome them with open arms.Which  means that the PDP  has given up  on its defectors while acknowledging their strength and its loss in electoral  and voting prospects  in these  governors’ states.

However  it  is with regard to the Anambra State elections on which a supplementary election is slated  for today that I want to make some observations. After  this I will  go  back  to  how  Lagos State  is tackling agriculture  and transportation  with focussed  innovation and commitment.

Almost  all parties  that took part in the Anambra State  elections last Saturday  admitted that it was  and shoddily  organised and that  INEC  officials performed below expectations in terms of availability of materials on time and  on integrity. Post  election, however Anambra State outgoing Governor Peter Obi,  whose party APGA  won the elections said that his government only prevented the other  parties that wanted to rig from doing so and that if the elections were held ten times over APGA  would still win. Which  is not surprising given the fact that no less a person than the President of the Republic came to Anambra to campagn  surprisingly  not for the PDP  but for the return of Obi’s APGA  successor. The President even announced that he was not going to Commonwealth Heads  of Governments Meeting –  CHOGM –  in Sri LANKA    because  of the Anambra state guber elections. Since this was after the President’s pilgrimage to Jerusalem during which he was very much in the company  of the sole APGA  governor in Nigeria,  it is not difficult to guess  why personal loyalty has taken pre eminence over party loyalty. This is because even as the PDP,  the President’s  party  was announcing  that it will take part in the supplementary elections  today,  its candidate at the elections who could not find his name and that of members of his family on the ballot last  Saturday,  was  calling for fresh elections like the other parties that contested last Saturday’s Anambra  state  guber polls. Which  shows that the Anambra state elections has just  jump  the usual  and expected post election razzmatazz and rig marole peculiar  to Nigeria’s elections. These invariably end up in legal gymnastics at the law courts where lawyers and judges determine who wins  elections in a blantant usurpation of the rights of voters who in a free and fair election  in a genuine democracy should choose the winner  the ballot box as at last Saturday in Anambra State.

As  elections in Anambra  State  were  making a mockery  of democracy in Nigeria, the two events I attended  in Lagos State this week provided a silver lining in the cloudy  horizon of Nigeria’s murky electoral politics, first in agriculture and secondly in transportation. An  army,  it was often  famously said  in ancient times, marches  on its belly. In  modern times however, so also do states, and nation -states, and no state in Nigeria knows and aims at achieving  this more than  the present BRF Administration through its Ministry of Agriculture under the leadership  of its permanent Secretary  Dr  Bashorun.

I  got  a rare  insight  of  the lagos State food security strategy when  I attended  a retreat organised by the Favorites Club of Lagos under its flamboyant president and the State Commissioner  for Home Affairs,  Prince Oyin Danmole in Badagry last weekend.  The  theme of the retreat was – ‘Social Clubs and Economic Empowerment‘. The State  Ministry  of Agriculture’s  Permanent Secretary-PS-led a team of the Ministry’s Directors  on a presemtation on Agriculture in Lagos State  but it was the PS himself who  was the high priest  and

high pitch salesman  of the State’s people oriented  approach  to agriculture.  This  strategy  has  the  sole aim of making Lagos State feed its awesomely large population from within the state in all aspects of food  availabilty, production  and sufficiency. More importatntly the state is asking anyone who cares to come and have a stake in the ‘food basket’ project as investors because it knows it cannot go it alone. Which is like asking Lagosians to  come and get wealth and prosperity on a platter of gold by investing in Agriculture with the state providing the infrastructure and helping out with the needed credit and facilities for potential investors and stake holders. To  me that was unbelievable and almost un Nigerian but then, when we  went to the Songhai farm project and I ate an harvested sweet corn,  uncooked  and so delicious, I  knew  something great was happening in Lagos state.  When  I saw Nigerian youths on  training on the farm on the YES- Youth Empowerment Scheme – then  I conceded that there is still hope for Nigeria  in    terms  of meaningful economic planning and development,  starting with the way  Lagos State    government is tackling  food security  pragmatically  and heads on  for positive, socio  economic  transformation of society and the environment in Lagos State.

The  state’s  transportation strategy has been no less proactive than that in agriculture. I was at a ceremony at which the state governor inducted volunteers from a certain social niche like social clubs and professional bodies as Special Traffic Mayors -STMs.  More importantly the State government made  sure that LASTMA  personnel and officials were present  at  the ceremony. Before  that day my opinion of Lastma  and its officials  was that of  overzealous and crooked street and highway officials bent on ruinning the business land scape of Lagos through daily extortion of road users and business vehicles for one traffic violation or the other. Such  bad eggs in LASTMA – including  the one caught  on video soliciting for bribe mentioned by the governor who said his dismissal was  a fait accompli even though he was still on the run-will certainly sit up knowing that STWs  are on  the prowl and can identify them  if they are involved in corrupt practices . The  way the governor showed his commitment to flowing traffic  left no one in doubt that he knows the importance of transportation to the growth of trade and commerce and political stability of Lagos state and the entire Nigerian nation.

It  is necessary to look  again  at what Lagos state has done,  from an historical and global  perspective. In  Egypt  where  the government is clamping down on  protests on the streets and in the universities because it deposedthe  elected government of President Mohammed Morsi, a  government  had  been brought down before by food riots in Cairo  and the major cities in Egypt. This was the regime of Anwar Sadat  who brokered peace with Israel.  Sadat  himself was assassinated by a soldier who was a member of the Islamic Brotherhood which resurfaced    recently to win Egypt’s first  free  elections in history. Before  Sadat  was assassinated his regime was unpopular because of the high prices  of bread,  the staple food of Egyptians.

Since Sadat was a dictator he repressed the food riots until an assassin caught up with him. That clearly  illustrates the importance and relevance  of  food security to political stability in any political system.

Similarly  in Brazil  during the  last  FIFA  organised Confederation  Cup  won by Brazil  there were riots in  many cities in that nation  as the competition approached  and during its duration. The  protesters were agitating that even though they love soccer their  standard  of living did not reflect that of  citizens of a nation hosting the  Confederation Cup  not to talk  of the World Cup which Brazil  is hosting next year and the Olympics  which it is hosting in 2016. Which  meant  all  the hard work Brazil’s former President Lula da Silva did to  secure hosting rights for Brazil would have come to nought because the Brazilian government did not carry its people along while gunning for  the highly  prestigious  sports

hosting rights for their pleasure while they suffer in the midst of plenty. Really  what  did the protesters ask for? They complained of long hours – about 4hours- in commuting to work daily to and  fro, high food prices, poor infrastructure and high education costs. The Brazilian government has reacted favourably and has committed  a certain percentage of its new oil revenues to education and infrastructure especially transportation.  But really the Brazilian government  not need to wait for street riots before looking after the welfare of  its people by carrying them along  government  plans to  entertain  them  as  well as look after their welfare.  May  be the  Brazilians  need  to borrow  a leaf  from the Lagos State  book on agriculture and transportation  that I narrated before    Perhaps Lagos State can offer  a helping hand  to  our Brazilian brothers especially as they  and our Governor have a mutual love of the lovely game  of soccer . That will certainly be  a pleasure and  yet another people  and export-  oriented  approach following on the clear  success in agriculture and transportation  in Lagos State, here in  Obodo  Nigeria.