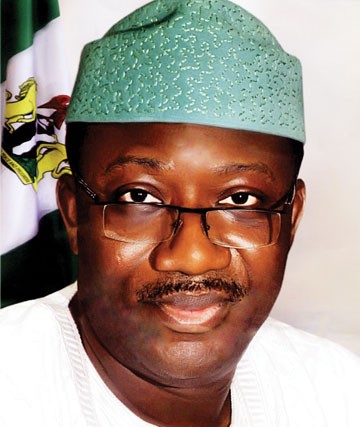 As part of his efforts in ensuring participatory governance and bringing government to grass root, the Governor of Ekiti State, Dr. John Kayode Fayemi has appointed a former prominent student leader as his Special Assistant on Students’ Matters; an office which he hopes will bring about a working relationship between the Government and the Governed.

It would be recalled that Dr. Fayemi, the Ekiti State Governor, had promised to choose among three nominees presented to him, who have got impeccable antecedence and of proven integrity, during his interactive session with the Student leaders at a parley about two months ago. The governor has thus fulfilled his promise in making history, by not only creating such an office but also confirming the appointment of Adeolu Oyebode as the most preferred.

Oyebode was the Chairman of National Association of Nigerian Students (NANS) Joint Campus Committee Ondo and Ekiti States, between 2008 and 2010, a position which gave him the opportunity to negotiate on behalf of students and youths of Nigeria with governments and institution administrators both at Local, State and National level and also a member of prominent youth organizations in Nigeria.

While reacting to the appointment and the history made, Oyebode said it was dedicated to the constituency that produced him.

“I give glory to God for the history made, as defined by you, but the fact remains that I return all accolades to that Students’ Constituency that produced me, there is every possibility that I might not have been considered for this assignment if I wasn’t produced from the students’ activism constituency and definitely, the confidence reposed on me by the students who are left on campus that made my recommendation must not also be dashed”

“I see this task as an assignment of my life; I must not fail these young ones, my principal Mr. Governor and my generation because of tomorrow”.