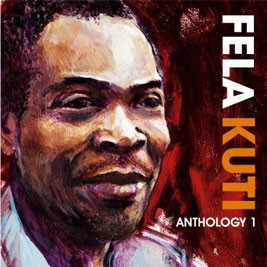 Open your eyes everyone,

(Then here comes the question);

“My brother wetin you think?

My sister wetin you say?”

I believe the fearless legend assumed we would be dumfounded so decided to continue by singing;

The prophetic musician and performer, Fela Anikulapo Kuti, summed our predicament in that masterpiece but in our characteristic manner, we were not ready to accept the truth, and till date, that song is still so accurate and instructive – the status quo remains! At this juncture, it is important I state in clear terms that I am not an Atheist; this is because the concept of ATHIESM itself is foreign to Africa, especially Nigeria. God is Almighty; he is above us in everything. He has done his part in creating us uniquely and setting us upon this planet called Earth. In his infinite wisdom, he made us Nigerians; Hausas, Igbos, or Yorubas and as in my case, Etsako. He makes us Christians, Muslims, Ogun, Sango and Osun worshippers et al. He also gave us BRIANS to love, hate, and understand. He gave us wisdom and most importantly, freewill to choose. He blesses our efforts, struggles, fights and most importantly actions – if he considers them worthy enough. He does not bless docility! He does not encourage laziness or inactions in the guise of prayers or curses. In truth, he has given us what we need to achieve our aspirations.

Let’s take an instance of two football countries – team A and B. Team A prayed to God for victory at the contest with Team B. Interestingly, Team B also did the same ritual but at the end of the 90 minutes game, Team A won the contest. Do you seriously think that God ignored the prayer of Team B and answered that of Team A? Did Team A pray harder or better? Is God from Team A? The answer, undoubtedly, is a big NO! This is because the Team that won was better prepared tactically, mentally and physically. This is a simple law that God himself has given.

So why do Nigerians so much wait/tarry to God to come and solve issues that will usually take a little action from us to rectify. ASUU has been on an industrial action (strike) for an awfully long time.

Consequently, the Pastor or Imam simply prays or command his/her congregation to ask God to either touch/arrest the heart of ASUU or that of the FG or both of them so that they will resolve the crises. How pathetic! How is God supposed to do that? Change the Lecturers’ freewill or that of our President? Power supply is in comatose and you hear people rain curses on PHCN (NEPA) or the FG whenever there is a blackout. And for those who haven’t had power for days, they simply pray that God touches the heart of the workers so that they may have pity on their zones; and thus give them electricity. How ridiculous! The most amazing, yet, annoying act is proudly displayed on social networks where you will find a Facebook Group or Page update their timelines with a prayer line; or sometimes, upload a picture of Dollars and request viewers to type “Amen” as a comment so as to claim the money uploaded. Annoyingly, in less than thirty minutes, you will see almost ten thousand “Amens” typed by ten thousand losers. Tthen you imagine where these crops of persons expect to pick up the dollars from. Amusingly, it is not as though these persons are established business men and/or women neither are they politicians nor armed robbers. Only in cases like these do we “carry last”. It might interest you to know that all this facts point to one direction – Fela’s song titled ‘Suffering and Smiling’ wherein he said or sang one line thus: “…them go carry all the money (Amen), them go juba Bishop, Juba Pope, Juba Imam…” The word ‘Juba’ literally means Worship, and that is the plain truth. Posters, flyers and car stickers of churches and pastors are pointers to this! They do not carry pictures of Jesus Christ upon whom the foundation of Christianity is built on; rather, they carry the pictures of the ‘Men of God’ that our present-day Christians fear and so much believe than in God.

At this juncture, a digression is needed. After warning Pharaoh the umpteenth time to allow His (God) people to go, God decided to take action through Moses. God stood beside great men of the Bible when they took actions and not when they were docile. David was able to kill Goliath with God’s help by taking action. Elijah intimidated King Ahab by taking action. All the Prophets of the Bible and Quran were only assisted by God when they took action about their plight. Even Jesus himself (whom some say He is God) had to come down to take action against the Devil. God came down himself to take ACTION when he could easily have sat down on his throne in Heaven and with a simple command ask the devil to kneel and raise up his hands but God was setting examples as he has always done. Action is what we need. With these in mind, our Pastor and Imams whom we now ‘juba’  should take the bull by the horn, they should for once do something in favor of all the masses, they should pull our docile people out from their docility, they should lead the crusade for freedom from all these politicians who are looting us to death, they should be the first to condemn the suffering of our people.

I challenge all our Thousandnaires, Millionaires, Billionaires, Trillionaires, Pastors, Evangelists, Teachers, Prophets, Apostles, Oracles, Daddies, Papas, Mommies, Mamas, Sheiks, Scholars, Alphas, Mallams, Ustazies, Imams and etc, to set aside the ‘chicken change’ they give to the people as alms, the miracle that will heal a man’s leg only for hunger to kill his entire body, the unaffordable schools, the airlines, the Jets, the stickers, Holy oil, water and handkerchiefs, the monthly crusades and vigils, the healing centres, the raining of curses on the unseen enemies that only grow stronger, speaking in tongues that only angels understand, the big speakers they buy for Adhan, the small food during Ramadan and Sallah, the marrying off of widows to themselves, the arguments about when a child is ripe for marriages, the unnecessarily big turbans and etc. let them come forward like David, Elijah, Elisha, Joshua, Gideon, Noah

Jesus and the Prophet Muhammad(SAW) to redeem this country from the claws of the Human Devils known as the Governments officials. Undisputedly, like sheep, their followers will listen to whatever they say. A week vigorous nation-wide protest akin to Mountain of Fire “praise and worship night” will compel the Federal Government to attend to the demands of ASUU even if it means borrowing the money from Dangote. Now I leave you to think of what can happen if the different churches and Mosques in Nigeria should pull their members to the street for just two hours and demand for Stella Odua’s sack, I guess Stella herself will flee the country on her volition. If our religious leaders can sincerely do these little things and disassociate themselves from the corrupt government officials as Jesus did to the Pharisees, we wouldn’t need a Sovereign National Conference to address our challenges.

God will not do for man what man can but fails to do for thyself! No country prays itself out of abject poverty. God will not come down from heaven to solve our problems, we will! It’s high time we got off our kneels and roll up our sleeves to work. When this is done, God will bless the labour of our hands. God bless the Federal Republic of Nigeria!