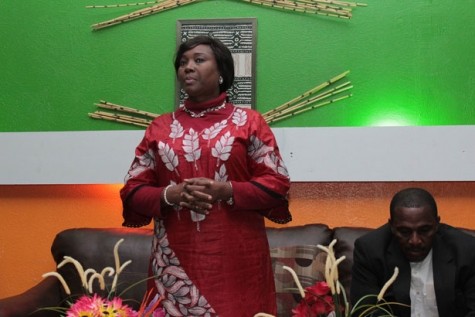 THE lynching of three Nigerians in Guinea Bissau recently, on suspicion that they were kidnappers, has once again brought into sharp focus the treatment to which our nationals are exposed once they step out of the shores of this country. The incident provides a compelling reason for the government to begin to sit up and protect the lives and property of Nigerian citizens, whether at home or abroad.

The unfortunate incident that claimed the lives of three Nigerians in Guinea Bissau, according to reports, was caused by the alleged disappearance of a boy in Bissau, the capital. The rumour that he was kidnapped by Nigerians provoked a spontaneous reaction. Baying for blood, mobs descended on every Nigerian in sight with stones and bottles. One of the victims was reportedly dragged out of a police car, right under the noses of armed policemen, described in the report as “powerless” in stopping them. The Nigerian Embassy, the symbol of the sovereignty of the Nigerian nation, was violated. This, without mincing words, represents an attack on Nigerian territory.

For many Nigerians, living in, or visiting, a foreign land has become a harrowing experience. Once there, hostility dogs their every step until they return home. Even countries hitherto deemed to be friendly suddenly turn hostile once the green passport gives out the identity of the bearer as a Nigerian. Right from the point of entry, the feeling that a Nigerian is not wanted is palpable, while the signs are visible.

A good example of a supposedly friendly country that turns nasty at the sight of Nigerians is South Africa, a country Nigeria went to great lengths to support during its dark days of apartheid rule. Despite owning thriving business concerns in Nigeria, with annual returns in billions of US dollars, South Africa, last year, turned back 125 Nigerians as their plane was touching down at the airport on the flimsy excuse that they entered the country with fake yellow fever inoculation cards. Could it be possible that a whole plane-load of people would travel without valid papers? It took a reciprocal action by Nigeria and an apology from South Africa to end the diplomatic row that followed the incident, described by the then Nigerian Foreign Affairs Minister, Olugbenga Ashiru, as xenophobic.

Earlier in 2008, when the South Africans launched a surprise, all-out onslaught on foreigners, for allegedly taking up their jobs, Nigerians were among the scores that died. In fact, it has become commonplace for law-abiding Nigerians with legitimate businesses to come under mob attacks on trumped-up charges of peddling drugs. Needless to say that such attacks usually come with fatal consequences.

One incident that looked particularly ugly was the way a Nobel laureate, Wole Soyinka, was treated in 2005 when he visited South Africa for an event in honour of the respected statesman and freedom fighter, Nelson Mandela. Despite his explanation that he was duly invited and assured of a visa at entry point, he was denied entry. Only interventions from the highest levels helped to reverse that decision after he was kept at the airport for more than eight hours.

Promising not to return to the country anytime soon, Soyinka later said, “South African immigration is not my idea of decent conduct towards one who is not an unknown to South African officials, has made several ‘regularised’ visits in the past, and has indeed been invited to the country on this occasion to do honour to the founding father of the modern South African nation.” If such shabby treatment could be meted out to Nigerians of Soyinka’s status, what awaits other Nigerians can only be imagined.

During President Goodluck Jonathan’s recent visit to Kenya, he was inundated with complaints of how Nigerians were routinely arrested and deported at the slightest opportunity. “A Nigerian walking or driving is a police target. Even when you provide all the documents requested, a rigorous profiling must start until something in their own opinion worthy of some sort of intimidation is discovered,” a certain Paul Nnamdi, a Nairobi-based cleric, reportedly told the President.

Agreed that a few Nigerians do fall foul of the law outside their country, but other nationals are also guilty of the same thing. However, the difference is in how the offender’s country of origin responds to the news of its citizen’s arrest. Quite often, the United States has had to send emissaries, especially former presidents, to unfriendly countries such as North Korea or Myanmar to effect the release of American citizens detained in those countries.

Unfortunately, Nigeria has not been that responsive, even in cases where Nigerians are faced with the death sentence. For instance, a Nigerian student who reportedly used a broken bottle to try and fend off an attack by six Ukrainian youths was thrown into detention for months without trial on the excuse that there was no interpreter to facilitate his trial. Worse incidents even take place, where Nigerians are condemned to death without being allowed to exhaust the option of legal representation, as was the case in the Gambia some months ago.

Although Guinea Bissau is said to have apologised to Nigeria, it should not stop at mere apology. There should be full compensation paid to the bereaved families with additional commitment that Nigeria’s interest will be adequately protected in that country. Nigeria has been in the forefront of promoting global peace through peacekeeping missions, helping out other African countries as a big brother. Such gestures should no longer be taken for granted; there must be a way of reaping rewards in kind.

The duty of our embassies is to protect our interests abroad. Embassies should be well-funded, equipped and staffed to be able to discharge their functions satisfactorily. Every Nigerian abroad should register his presence at the country’s embassy so that he can be assisted whenever there is a need for that. A Nigerian should be made to feel at home anywhere he lives.