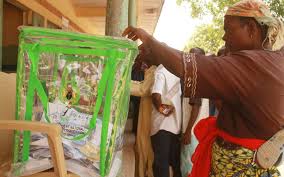 Rewind back to 1960 and there was a country at par with Malaysia. Nigeria’s independence raised hopes of other African countries that looked up to her as a pace-setter. Come back to 2013 and there’s a different reality- Nigerians eager to set foot on Malaysia. Post-independence Nigeria has certainly made decisions on her own, yet Nigerians dis-enchanted with the inadequacies of power and resource allocation in the country have, following the late Ahmadu Bello, continued to refer to the ‘mistake of 1914’, i.e. the decision by the British colonial authorities to amalgamate the North and South, whose groups had little in common. It would appear that, in a profound sense, many of the current socio-political and economic formations and malformations are a direct consequence of the state-building and economic integration processes begun under colonial rule. So it was that Nigeria was a British colonial creation.

Through a piecemeal and combined process of trade monopoly, military superiority, ‘divide and rule’ and outright conquest, the various groups were brought together under the aegis of colonial authority.

It is trite to point out that development of the parts that formed Nigeria under colonial control was uneven, and this could arguably pass out as the major cause of the political arrangement that was fashioned out. In contradistinction to the political dynamics which encouraged centrifugal tendencies, the colonial economic imperatives worked in the opposite direction of centralization and the integration of the country as a single economic unit. The grave implications and consequences of the colonial economic structure lay in the fact that its primary motive was to exploit the resources of the country and link it to metropolitan Britain and other international capitalist centers as a periphery. Accordingly, the colonial state was an extractionist state.

About a hundred years later, the state is still strategically extractionist, this time through the machinery of representative democracy.

Since 1960, the trajectory of the Nigerian state has not been without intense curiousity and observation; from external onlookers and local people. Issues like manipulation of ethnic and communal loyalties, use of state apparatus for accumulation, political conformity through coercion, have perpetually remained up till present times. Hardly a lot has changed in the character of governance.

Why are we unaccustomed to one another after so many years together? The Contact Hypothesis Theory posits that after the initial ‘culture shock’ occasioned by the fusion of hitherto different groups, a third culture would be developed. Why have we not developed a third culture superior to the group ties that limit us? Why has public treasury been converted to a private account for public officials only?

In a speech delivered at the Biennial Conference of the Nigeria Guild of Editors in 2011, former FCT Minister Nasir el-Rufai lamented the unsustainable cost of governance in the country. “Each ministry has at least one minister- some have two or three, with a permanent secretary, and on average eight directors. The ministers and permanent secretaries have personal assistants, special assistants and special advisers. Each of these expects to drive an SUV or two to work, complete with police orderlies and other file carriers. Then they will need houses, furniture and running costs of the vehicles and utilities. The costs of all these somehow find their way into the overheads budget of the ministries, and makes a complete nonsense of the monetization policy implemented in 2004”. It would be interesting to try to draw a connection here to the recent purchase of security cars for the Minister of Aviation who has reportedly embarked on a mission to make the Ministry of Aviation the largest employer of ‘hang-around’ labour in the country. Nigerians need to ask questions.

“Another interesting observation is the fact that government says the problem of power shortage will be a priority, yet the Ministry of Power only got 91 billion naira as total appropriation, while the security sector (Military, Police, Internal Affairs, NSA, Amnesty, Pensions, Police Reform, etc.) got a mind-boggling 1,592 billion naira. This amount is over 35% of the entire budget. In other words, though Nigerians have never felt so insecure, the NSA, Internal Affairs, Police and Defense combined will be spending 4.36 billion naira per day on our behalf”. Yet, insecurity has been on a fast rise.

The character of power contestation remains unchanged and unchallenged. In the period running up to elections, the conscience of the people is bought over. Campaigns that promise heaven and earth are the ones people look out for. After securing power, the next time they’re seen in their constituency is during an occasion in their honour, having done nothing.

Apparently, there are a lot of questions Nigerians must ask; ranging from the way forward for a country with diverse interests and formations to a cut-down on the lucrativeness and high-profile of public positions. In the process of doing that, they must also search deep into their citizen hood to ascertain their readiness this time around to demand accountability and transparency and find a lasting solution to the diversity problematic facing the country.