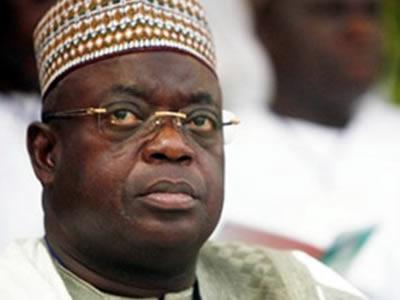 All politics, as the Americans would say, is, in the end, local. Meaning, politics, in the end, is about simple everyday mundane issues rather than about big and intangible ideas.

In recent times undoubtedly big and not so tangible issues such as the national budget, the privatisation of electric power, crises of internal party democracy, Election ’15 and, only last week, the national conference, sovereign or otherwise, have dominated our politics.

However, in the last two weeks this column has avoided these somewhat big and not so tangible issues and dwelt on the more mundane issue of traditional rule, first in my home town, Bida, and then in Suleja, one of the major towns in my home state, Niger. This was for the good reason that each of the emirates celebrated an important milestone for the No. 1 Citizen of its emirate, both of which have been prominent in the history of the country.

As the reader can see from the title of this piece, I have decided to remain local this week once more and briefly discuss the politics of the 2015 governorship election of my state, whose slogan is “Power State”, not, as is widely misunderstood, on account of the fact that it has produced two military heads of state, an Air Force chief and many generals, but because it contains all the hydroelectric power stations in the country.

Staying local one more time this week was not easy in the face of the surprise announcement during his October 1 Independence Day speech by President Goodluck Jonathan that he will soon order a national conference and the mixed reactions the announcement provoked.

Niger State may not be the bellwether of Nigeria’s politics, but as one of only three states in the country to have produced two or more heads of state – the other two being Kano and Ogun – not to talk of its many prominent generals and topnotch politicians like Professor Jerry Gana, its politics deserves more than a passing public interest.

In its edition of May 21, Daily Trust carried a full page advert signed by Bala Yakubu Gawu, in which the author concluded that the man to beat in the state’s governorship elections, in 2015, is its Deputy Governor, Honourable Ahmed Musa Ibeto. Ibeto, who is from the Kontagora senatorial zone of the state, was once the state’s chief of protocol. He was also a member of the House of Representatives.

By means fair or foul, the country’s ruling parties – from the Northern Peoples’ Congress (NPC) in the First Republic, through the National Party of Nigeria (NPN) in the Second Republic, to the Peoples’ Democratic Party in the current dispensation – have always won elections in the state.

Going by the ruling PDP’s zoning arrangement at the state level it will be the turn of the Kontagora zone, aka Zone C, to produce the next governor. Zone A (Bida) has had its turn between 1999 and 2007 while Zone B (Minna) will come to the end of its two four-year terms in 2015.

The advert in question discussed only the possible candidates for the PDP governorship ticket from Zone C. Apart from Ibeto the others mentioned in the advert were Muazu Mohammed Bawa, the state’s commissioner of Finance, Abubakar Sani Bello (Habu), former commissioner of Commerce and son of retired Colonel Sani Bello and son-in-law of former head of state, General Abdulsalami Abubakar, Aminu Yusuf, the secretary of the state’s PDP and Mustapha Bello, former minister of Commerce, younger brother of Col Bello and current Executive Secretary of the Nigerian Investment Promotion Council.

Conspicuously missing from Gawu’s list were Ibrahim Ahmed Matani, a former head of service and currently commissioner of Agriculture, three time senator, former DIG Nuhu Aliyu and Abubakar Sa’idu, chairman of Wushishi Local government and son-in-law of state’s governor, Dr Muazu Babangida Aliyu. Even more conspicuously missing was Mohammed, first son of General Ibrahim Babangida, who seems to have since quietly dropped out of the race possibly because, though his ancestral home is Wushishi, his family has always been identified with Minna.

The trouble with Gawu’s advert was that it seemed too much of a sponsored promotion for Ibeto. First, the advert conveniently ignored an undertaking Ibeto reportedly gave that the price for his two-term deputy governorship under Dr Aliyu was his forfeiture of his governorship ambition. Second, experience for experience in public service and politics he is no match for Engineer Mustapha Bello and Senator Nuhu Aliyu. Third, if it comes to connections at high places, an element which seems to have become central to winning elections in Nigeria, he is no match for Bello Jr., who, apart from his father-in-law, can count on his father’s childhood friends, classmates and military colleagues like Generals Babangida and Gado Nasko, former FCT minister, for support. Fourth, as if to create even more trouble for Ibeto and his party, Bello Jr. defected to the CPC before the APC merger, following his falling out a long time ago with the state governor over issues of policy.

Another trouble with Gawu’s advert apart from those it inexplicably left out was that it assumed Niger State, being historically an Establishment state, would be PDP’s to lose in 2015. This assumption ignores the fact that for years now Kontagora has become an opposition territory. If, as the Americans say, politics, in the end, is all local, whoever wins PDP’s governorship ticket is not likely to win Zone C for the party. Although in Nigeria, General Olusegun Obasanjo has shown back in 1998 that you don’t have to have home support to win an election, the lack of a home support is a serious minus for any politician. This was obviously why, in his second term bid in 2003, the general made sure by all means that his party swept his native Southwest zone.

The probability that Kontagora will remain opposition territory has reportedly prompted the party’s kingpins of the state’s origin in Abuja, notably Professor Jerry Gana, to canvass the option of making the party’s governorship ticket a free-for-all. This would be patently unfair to Kontagora. But whether the PDP primaries becomes a free-for-all or not, the new opposition party, the All Progressives’ Congress (APC), stands a good chance of winning the governorship election in the state if it gives its ticket to a plausible candidate from Zone C.

Because Zones A and B have had their turn in governing the state, Bello Jr. seems APC’s best chance of beating PDP in the state, especially if anyone from outside Kontagora picks PDP’s ticket and if Bello Jr. picks his running mate from Bida, the state’s biggest senatorial zone.

The ruling party’s chances of losing the state is hardly helped by the fact that its caucus seems to be in a predicament over who to back for the party’s ticket between Ibeto, Mustapha Bello and Abubakar Saidu, the chairman of Wushishi Local Government and the governor’s son-in-law who also has the support of the governor’s younger brother, Mohammed Aliyu, the managing director of Niger State Development Company, reportedly the man with the greatest influence over the Chief Servant’s policies and programmes.

Chances are the next governor of Niger State may be Abubakar Sani Bello.