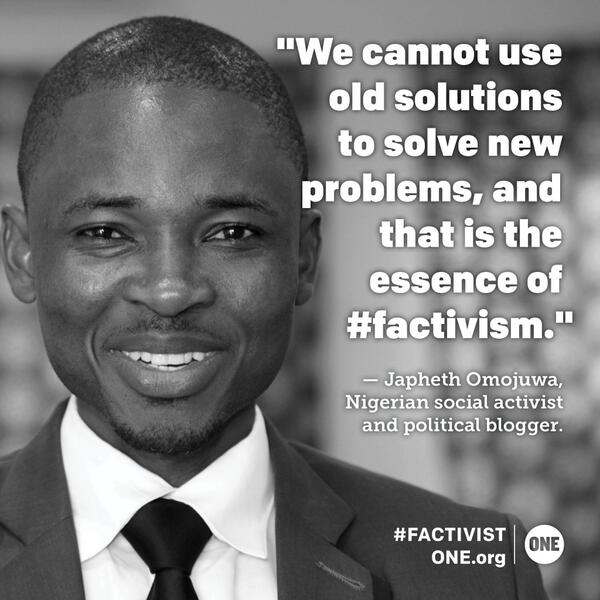 Are you ready to die for Nigerians? For those of you that need to think very hard about that question, let me guide you into the thoughts that should help you make a decision. The Arab Spring started off the back of a citizen who immolated himself. Then others went mad and the spring consumed entrenched powers. If a Nigerian had done that, many things would have happened but certainly not the spring. If a Nigerian sets himself on fire over the issues and poverty faced by Nigerians, many possible questions would be asked.

If the person was the only child of his parents, average Nigerians would say, “why did he have to hurt his parents? Why didn’t he at least inform them so they’d be prepared” and were the protester to have siblings, average Nigerians will ask “why didn’t he involve some of his other siblings? It would have been more effective if he had burnt not only himself but may be two of his sisters and brothers for effect.”

If per chance the person gets saved and did not die, average Nigerians will ask “why didn’t he just die? Now he is useless to the society” and if the person used a gun, average Nigerians will ask, “why did he use a gun, that’s un-dramatic, he should have set himself on fire.” There are a million questions and accusations that’d follow this act but only a few will be in line with the expectation of the dead; that the people for whom he died see a reason to commit themselves to the struggle for change in Nigeria.

Average Nigerians are not dumb; they are smart, in fact, too smart. They will not be asking those questions because they are dumb, they will be asking those questions to avoid anything that’d require them to fight, to agitate, to protest or make requests on the government for change to happen. The English language calls it cowardice but this is not directly reflected except you take a deep look at the underlying reasons why people ask questions when it is time for action and why they ask for action when they know deep down those who will hit the street are only ready to outline the issues first of all. So now, refer to the first sentence of this piece and see if you can answer the question better.

There is a recent example. The #OurNASS protests started in July as #AugustMarch on Twitter when as with the #OccupyNigeria movement, Nigerians on social media started discussing the need to take the anger on social media to the streets. This time, the debate was squarely about the pay of the National Assembly. At this time, everybody had something to say and virtually everyone agreed it was time. Of course as usual, the average Nigerian said, “all they can do is tweet and talk, they cannot go on the street to protest.” It does not matter that the bulk of these young people started and brought about the country’s most renowned protest, #OccupyNigeria. The average Nigerian felt the tweets and talks were useless because according to him, hitting the streets – even without thinking, facts and baring the issues before hand – was the only way forward. Despite the efforts to denigrate their attempts for change, these young Nigerians were undeterred and certainly did not thoughtlessly hit the streets. What they did was go behind closed doors to organise. What do we do? How do we do it? When is the best time to do it? Who should we work and partner with? They discussed and debated. They argued, agreed and disagreed but were never disagreeable. All the while, those who knew they were planning a protest did not have super ideas of what was best. If they did have them, they did not say a thing! You would think, based on the defined character of the average Nigerian above that they were simply waiting for when it was certain the protests would no longer hold. To then say, “why haven’t they come out to protest?”

Then the Nigerians who had spent the better part of about 10 weeks planning finally came out. They said they’d march in Abuja initially with respect to the pay of the National Assembly. It was designed as a peaceful protest in Abuja that’d involve engaging the National Assembly in a logical debate about its budgetary allocations and the discordant realities of poverty on the streets of Nigeria. The initial protest and engagement was designed to be a first of many steps to get the National Assembly to be accountable. Guess what, the average Nigerian who had those 10 weeks to map out so called better ideas on strategy and what to do finally spoke – on the eve of the protests. “No! This is not what we need. We need guns and bullets. How can we engage David Mark?” and “I am not interested in protests, when you are ready for a bloody revolution please call me” and bla bla bla and bullshit spilling all over!  “The ones we protested what changed? There are no successful protests.” If they sounded logical on the eve of the protests, they removed the mask over that when some of them went as far as mocking the protesters. One even said they should be shot at sight!

If you take one issue, they will say “what about this and that issue?” and if you bite the bait and take “this and that” issue, they will say “why not focus on one first.” If you are silent you are a coward. If you are too loud, then a politician has paid you. What then do you think these average Nigerians would have you do? Nothing! Be nothing! Do nothing! As long as you never existed, you’d be fine. Some call it envy and jealousy but I don’t think those words do justice to the phenomenon of hating those deemed to be at the forefront.

This is why I do what I do; it is who I am. This is why it looks as though I don’t give a …. It is because I don’t! Once I am convinced about the need for something, hating only spurs me on. I am not doing it trying to save a people or some people, I am doing it because this is my life. It does not matter what people say; that I collect money from the APC, that Bola Tinubu pays me, that Nasi El-Rufai pays me, that I am an American agent, that I am Illuminati, that I secretly work for the PDP…the accusations are endless but they all come from the same source; a group of people who would rather people like myself keep shut and come and chop. You find them on social media, mini contractors and Lilliputian ball boys and micro assistants of local politicians who believe that asking for a better country puts their own sources of income at risk. They’d do anything to defend their butter and bread, they’d say anything to shut people like myself up but shutting up would be a tragedy.

I am inspired by the fact that I am not alone. I have friends who are committed to this Nigerian project. Many of them would live easier lives minding their thriving businesses, but they’d rather commit to working for a better country. Many of them like myself have had countless opportunities to “take and be quiet” even as recent as two weeks ago but they remain undaunted. Many who would sell out assume others are like them so they accuse you of what you haven’t done. They say you will be who you have not been. They intend to live their unfulfilled lives waiting for you to fall. When you create that siege mentality around yourself, you against them, you know falling is in your hands and so you keep moving…but only forward. I appreciate my friends and those young Nigerians committed to take our country back! But for them, someone like myself would probably sign a long-term contract and just maintain a life in the United States and Europe. God bless these ones who keep the fire burning. They are not politicians but they are interested in politics. Like myself, they are accused by the establishment through their social media agents, of being sponsored by certain elements but all you need do is open your eyes and you’d see these young people are creating value beyond just making demands on the government of the day.

When we needed the National Assembly to make the then vice-president Jonathan to be acting president, they were there to ask for justice to be done. Today when they ask for justice from the same government, they have ethnicity thrown as a card to distract from issues. The ethnicity that was not there when we marched to have the President installed.

Going forward, I personally remain committed to my values and critical relationships. I believe there is a long way to go and needless battles must be avoided, as there are real ones ahead. I believe to have a better country the average Nigerian must become a sort of factivist with his or her work. It just matters that you don’t make activism that work. Get a job, and then fight through it. Don’t sell out and call a god today the one you called a fool yesterday, like one of these social media onenaija boys. There is no need for personal conflicts; if we fight using words, we’d have wasted our words. If we fight using blows, we’d have wasted our blows. Like the average Nigerian described above, people will always be who they are anyway and that diversity is what makes our world what it is. I am excited about tomorrow. I am excited because the future I see for myself and my country are way better than the realities we both see today. I know that what we see today makes it difficult to hope for a better tomorrow but I also know that we cannot judge a tomorrow that is yet to come. Like Nigeria’s future, tomorrow remains a clean slate for me and I hope to live it on my own terms like I have always done. I am not where I used to be; I have more than I have ever had. God has blessed me and I am now a blessing to many. Many things about me have changed but those are mostly things money can buy, the most important thing remains the same; I am the same ol’ Gee! Thank you for your support. I have been blessed by many of you and I have found strength at critical times because of your kind words. Have my best wishes. Glory to God!

*The average Nigerian must fight for his/her country or forget it altogether. There is no messiah coming to save us. 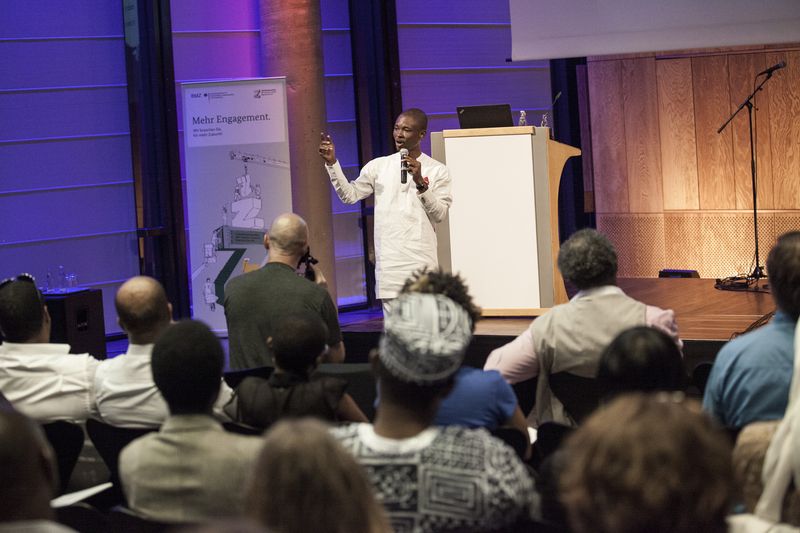 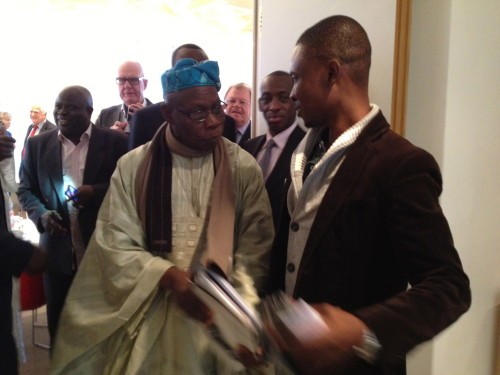