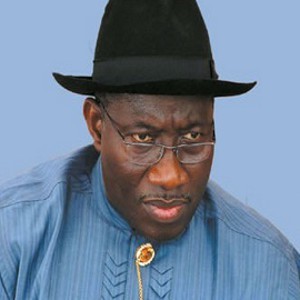 Expectedly, the most discussed issue since October 1, 2013 is the proposed national conference consented to by President Goodluck Jonathan in his Independence Day broadcast.  Since then, the President has gone ahead to inaugurate the Femi Okurounmu-led National Advisory Committee on National Dialogue. My take on this whole issue is that it is a right thing being done at the wrong time. Yes, it is better to jaw-jaw than to war-war. However, convoking a national dialogue on the eve of an election year is ominous. The quick succession in which the opponents of the idea became the proponents is suspect. First, Senate President David Mark welcomed the idea on resumption from the National Assembly’s recess in September before the President established a 13-member committee on October 1. The nation’s No. 1 and 3 citizens are known antagonists of the idea before now.

My main bother about the timing of the conference is that it may affect the proper planning for the 2015 elections. Election needs a painstaking planning and enormous funding; with all the energy, time and resources being channelled towards a national dialogue, inadequate resources may be made available to the Independent National Electoral Commission to prepare for the 2015 polls. Given that the Okurounmu’s committee has been given six weeks to plan for the conference, all points to the fact that the main conference will take place in 2014.

The Obafemi Awolowo Foundation held a colloquium on October 7 where it tried to do agenda setting by asking for a nine-month conference of 400 delegates 90 per cent of whom will emerge by electoral colleges from wards, local governments, states and zonal levels on a non-partisan basis. The remaining 10 per cent, it was suggested, would be nominees of professional bodies, trade unions, civil society organisations, which of course should include youths, children and women as well as pan Nigerian religious bodies. My concern is that instead of INEC to focus on preparations for 2015 polls, it might end up being saddled with organising or supervising election of persons to attend the national conference and the proposed referendum on the outcome.

Is there really a way we can have the dialogue without the 2015 elections being hampered or are we going to have the conference and still allow INEC to go on with the preparation for the polls? What if the conference resolves to alter the current political structures and systems? For instance, what if it resolves that we go back to parliamentary system of government as some have said that the cost of running a presidential system is too prohibitive? What if we decide to try out unicameral legislature as against the current bicameral structure? What if we agree to reduce or increase the number of states, local government, federal constituencies, state constituencies, etc?  Some people have also suggested going back to the First Republic regional structure. Others have called for the scrapping of the State Independent Electoral Commission and its functions being taken over by INEC. What if the conference approves the proposition of a single term of six or seven years? Will it take effect immediately or post 2015 polls? Will there be a new constitution to be drafted after the national dialogue? The implication of all these posers is that the conference may very likely impact negatively on the plans for 2015 elections. If there is no election in 2015, what then happens? The current political office holders get to stay on? Will that not confirm the suspicion that the motive for acceding to the national dialogue is self-serving rather than altruistic? Or, will there be an interim government?

I would have preferred a situation where the conference would have held last year (2012) so that the implementation of the resolutions would not hamper the preparations for the next polls. What that would also have done for us was to save the nation the enormous resources already spent on constitution amendment currently being pushed through the national assembly. As it were, both chambers embarked on nationwide public hearings with the House of Representatives holding historic peoples public sessions in the 360 federal constituencies. At present, the National Assembly is expected to set up a conference committee to hamonise the positions of the two chambers, vote on the proposals and send sections that get two-thirds majority approval to the state Houses of Assembly for possible concurrence. If the National Assembly had not been tardy with its constitution amendment timeline and had met the June 2013 proposed end-date, that exercise would have been concluded before this scheduled conference. Is our country so rich to afford all these exercises?

It would seem most of the Nigerian political, business and religious elites and opinion moulders have bought the idea of national conference and  are willing to give the President the benefit of the doubt, but let it be on record that I warned the nation that it is a right idea being implemented at a very wrong time. When Kenya did her own in 2010, the elections were some three years ahead (the elections held in March 2013). I would rather we give INEC the needed support and resources to organise a better election in 2015 than spending 2014 discussing Nigeria and putting the election management body in a state of suspended animation or uncertainty.