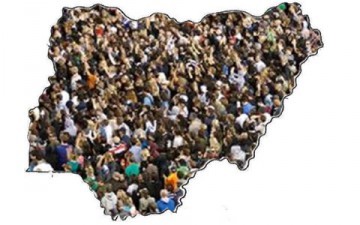 On the plains, located in West Central Africa is a country filled with over 500 myriad tribes with digressing cultures. Its anthem has called it “Our fatherland”. This is an area characterized as the largest in West Africa and second largest in Africa. Here present and gone are various heroes and events that have shaped the country from the struggle for independence to the present reality. This area as Flora Shaw named it is Nigeria. As it is believed in this part of the globe, every name carries a meaning and an importance attached to it .This is My Nigeria- the former Slave Coast, the acclaimed Giant of Africa, but what then to me does this name mean?

The Struggle for Independence

The Nigerian struggle for Independence was what Columbia Broadcasting System (CBS) termed the Freedom Explosion. Even at this era. Nigeria was largely populated. The heroic struggles of regional strongmen known today as National heroes of Nigeria filled this era.

The shouts of Awo filled the Western region. In the eastern region, Zik was a demigod. The Sardauna of Sokoto, Sir Ahmadu Bello held the northern region with strong arms. Their work filled the masses of their various regions with hope of the birth of an Independent country.

Then, My Nigeria meant Freedom from Oppression- an explosion of hope for tomorrow.

The attainment of this long sought Independence was freedom and paradise for Nigerians, but as history shows, this was far from being the reality for majority of the Nigerian populace.

Major Chukwuma Kaduna Nzeogwu – announcing Nigeria’s first military coup on Radio Nigeria in Kaduna on January 15, 1966 described My Nigeria as watered by the Niger and Benue, between the sandy wastes and gulf of guinea, washed in salt by the mighty Atlantic. Meanwhile, the erstwhile President Nnamdi Azikiwe’s reaction was opposite to this Nigeria’s first military coup erroneously referred to as the Igbo coup of January 15 1966. He commented

“Violence has never been an instrument used by us, as founding fathers of the Nigerian Republic, to solve political problems…I consider it most unfortunate that our ‘Young Turks’ decided to introduce the element of violent revolution into Nigerian politics. No matter how they and our general public might have been provoked by obstinate and perhaps grasping politicians, it is an unwise policy…As far as I am concerned; I regard the killings of our political and military leaders as a national calamity.”

This pogrom was what indirectly led to the alleged northern coup that ushered in the Gowon administration and series of other coups that has made Nigeria brain drained and motionless to this day.

This is how Dr Remi Aiyede describes this era:

“The manner of military take over and the use to which political power was put made mockery of many values that the society held in high esteem, values that the educational system was designed to promote. Military authoritarian rule enthroned a culture of might, arrogance of power, human right abuses, and disrespect for the courts of law, indiscipline, aggrandisement, and arrogance within society…”

He noted that My Nigeria became characterised by a rough struggle for economic survival and accumulation.

Today, the Nigerian civil war has come and gone. My Nigeria sits on the world’s seventh largest natural gas reserves. Notwithstanding the Nigerian state is now troubled with series of internal disorder and aggressions. The last 16 years has seen the Nigerian poverty-rate leap from 46-76% according to the United Nations, irrespective of it being an oil rich nation and endowed with lots of natural resources.

The President Goodluck Jonathan described My Nigeria today in his June 15, 2013 Speech. He declared:

The educational arm of the country is torn with strikes, the popular being the Academic Staff Union of Universities (ASUU) strike. Is this not a real state of fiasco?

Daily, the sounds of internal terrorisms, kidnappings and inhumane acts continue to blare on our media sites, our television and radio sets, our streets, our communities. Boko-Haram has now become a fearful household name. Yet, the Nigerian armed forces still struggle to contain their influx and contribution to public anarchy and tension.

The Niger-Delta Oil bunkering saga has drawn a large hole on the country’s national earning. The Federal Reserve and the Nigerian society are robbed daily by corruption.

Maybe, it is time that we do not need to forget our differences but understand them, as the Late Sardauna of Sokoto put it. What the late Obafemi Awolowo called a suspicious gap.

The late Prof Chinua Achebe places it simple, He writes, “Nigeria is a country where nobody can wake up in the morning and ask: what can I do now? There is work for all”

To put a stop to the many problems facing My Nigeria, some have called for a Sovereign National Conference, while others call for accountability, some for government bravado, et al. Still with all this, brilliant propositions there are factors that war with man daily never resting. These spiritual forces control our physical. Our country poses itself as religious, but lacks the true religion that can break this hold. Even Nigerian Christianity has failed to take its rightful stand as Light.

Maybe it is time, for our leaders in the Nigerian government and institutions to stop hallucinating and go to bed, as one female colleague lashed at me in a rather sordid manner. Probably, when they wake on the morrow, they might wake on the right side of the bed of true governance and good economic management. True to Chimamanda Adichie, My Nigeria does not have a single story. Probably, when those of us called Nigerians can learn from all the stories that My Nigeria consists of, perhaps then can we then have a true paradise though not necessarily utopian.

Filled with tears of the bleak future, yet like the late Achebe, in the inner recesses of thought, I try to fathom what this country-Nigeria means to me. Does it mean deceit, corruption, peace, poverty, or hope et al. Nevertheless, Nigeria’s call we must obey. There is a light at the end of the tunnel. Nigeria-My Nigeria, my pledge to thee. So help me God.

Somefun, Oluwasegun Ayokunle is a 300level Electrical and Electronics Engineering student of the Federal University of Technology, Akure (FUTA). You can connect with him on his blog (Samolu Express) @ http://oluwasegun27.wordpress.com