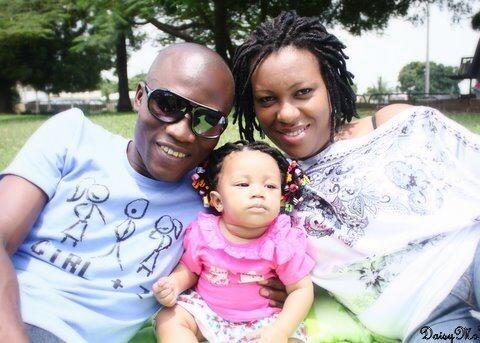 The email is published below unedited except for the name of the Doctor below. Please email jj@omojuwa.com if you have your own Doren Hospital experiences. Check my favourites on Twitter for some of these too.

“First, I would like to make it clear that I sympathize with Kunle over the death of his wife. It’s something that should never happen to anyone. May God continue to keep him strong.

Also note that I am not trying to defend the hospital. Whatever grouse their patients have against them should have been properly dealt with and resolved. After all, hospital business should be serious business. And like customers, patients should be kept happy.

I am writing this to state some observations, raise some issues and try to correct some notions in your article.

Her sons had fever (running temperature) and were vomiting. Dr Felix examined their throats and noted they were red. Ask any doctor, the first impression would be that the children had a upper respiratory tract infection. It could have been tonsilitis, pharyngitis etc). And the appropriate treatment would be to give something to give something to bring down the fever, stop the vomiting, and antibiotics to help fight the infections. I want to believe the doctor must have done these things as they are the most basic things anyone would do.

Indicated tests here based on the symptoms are a Full Blood Count, Throat Swab M/C/S(microscopy, culture and sensitivity) and a malaria test to rule out possibility of malaria being the cause of the fever. A full blood count would most likely support that there is an infection. Viral or Bacterial. A Throat swab M/C/S would say what kind of bacteria you are dealing with and what antibiotics it is sensitive to. Note that this takes about 48-72hrs to b ready. So do you wait that long before you commence treatment? No!

The doctor should probably have admitted the child when the vomiting persisted. But again, we don’t know if he tried to do this. It’s well known that a lot of patients or parents of patients refuse admission most of the time, sometimes giving excuses like they didn’t come prepared.

As for the doctor who was trained abroad who made the diagnosis of food poisoning, how did he arrive at that? Food poisoning usually presents with diarrhea and vomiting, among other symptoms like fever and abdominal cramps. Please note that all the sons had was fever, vomiting and the ‘red throat’ noted by Dr Felix. But as they did not present with diarrhea, how would he have suspected food poisoning anyway?

It’s possible though that they subsequently had diarrhea, which prompted the ‘food poisoning’ diagnosis. But a broader term of gastroenteritis would have been more appropriate as food poisoning is caused by specific microorganisms. A stool m/c/s would have revealed this organisms. But again, this would have taken 48-72hrs. Did the foreign-trained doctor wait for that period before arriving at his diagnosis?

It is known that some doctors would do anything to look good in the eyes of patients. Some even make their own colleagues look bad in a bid to win the patient (customer) over. Saying the drugs Dr Felix gave were wrong and dangerous? Well, I don’t know what drugs he gave. But I know there are lots of safe drugs for children, while there are fewer unsafe ones. Dr Felix, a senior medical officer, would have been crazy to skip all the safe medications only to select the unsafe ones to prescribe. Maybe he is crazy. Just saying.

First, there is nothing professionally wrong in employing doctors who are youth corp members. No doctor goes for NYSC unless he or she has completed his or her mandatory one-year internship or housemanship. Every doctor who has completed his mandatory one-year internship or housemanship is eligible for full registration with the Medical and Dental Council of Nigeria (MDCN). And any fully registered doctor can be employed by any hospital or health facility.

Secondly, doctors undergoing internship are not ‘students’! They are doctors provisionally registered with MDCN. Following completion of the internship, they become fully registered. They are not eligible for employment as medical officers though. They can only work as interns. My experience so far with the monitoring team in the Lagos state makes it almost impossible for any hospital to employ doctors who are not fully registered. They walk in unannounced requesting to see not only your certificate of full registration, but also your current practicing license.

It is not strange for some vaginal bleeding to happen post-delivery. However, some abnormal bleeding may happen, called postpartum hemorrhage. It’s kind of hard to tell if it was the normal or abnormal she had. But the relative ease with which it resolved suggests it was normal. Remember it was her first baby, she ‘didn’t know what to expect’. Maybe the injection given probably stopped the bleeding. It’s also possible the bleeding stopped spontaneously.

She also said she was ‘wrongly stitched’, resulting in it being difficult for her to pass feces, due to her ‘almost closed anus’. I am just kind of lost here. How come it took so long to manifest? It wasn’t until she was about to have her second baby.

Then she said about the other lady she shared her room with, ‘her own case was even

more worse because she eventually had her baby

through CS after undergoing severe pain and agony

due to neglect and untimely attendance by the

Please, a caesarean section is not a ‘worse’ outcome. There are lots of indications for CS. It would be totally unfair to blame it on hospital without knowing what truly happened. Moreover, labor normally comes with severe pain and agony, these aren’t caused by neglect and untimely attendance.

When issues like these happen, there is always a tendency to let emotions cloud one’s judgment. In my experience, patients will always do this. I do not blame them though because they simply do not know. It’s on the care provider to inform his or her patient as necessary. I always do try to educate my own patients. It even worse with patients with half knowledge. I always tell my patients not to ‘google’ their symptoms. They come in with a mindset, not willing to take what you say to them and sometimes even try to force your own hand. And when it goes wrong, they blame the doctor.

A lot of patients walking in and simply say ‘doctor, I have malaria’. Even when you ask them to tell you their symptoms and not a diagnosis, they tell you, ‘I know my body. I know when I have malaria’. You go on and take history and examine, then you come to the conclusion all they have is common cold. Yet, they argue with you. Sometimes, you’re forced to give the antimalaria. Just for peace to reign.

For example, Mrs. Joy Akpabio was going to be examined by the MD, a doctor, but she refused, asking the matron, a nurse, to do it. This isn’t to say nurses can’t do vaginal examinations. In fact, a lot of them do it pretty well. But by refusing the doctor, who is the head of the medical team, she left the him to rely on not his own findings, but that of a nurse. Who knows how that affected the outcome of things?

Please, be reminded that this is not me defending the hospital or the doctor(s). There is no doubt some malpractices go on in many hospitals. And I would really love Kunle to take legal action against the hospital so they can be punished if found guilty. I know nothing can bring back his wife but he will be doing many a great good if he pursues this. Word is going to go round and health workers will act better.

May Mrs Sanusi continue to Rest in Peace. Amen.”