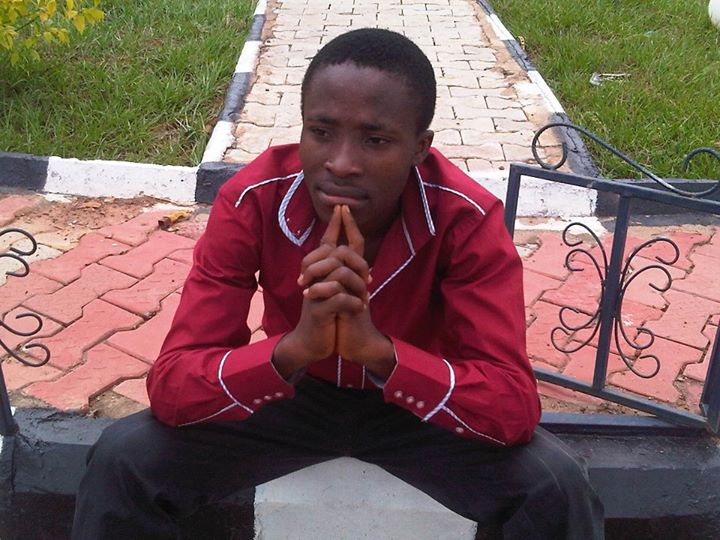 Would it not be a thing of shame if I have seen you lead, inspire, revolutionise and cause people to move in a direction that seems alien to their system, belief, community and entire thought process, yet keep it within me when I have the humble and honourary opportunity to tell the world about your sterling contributions to your immediate environment and the nation indirectly.

I know a Nigerian star, a gentle man of valour, a great man of repute, young and resilient ‘warlord’ who has gone out of his comfort zone to raise an army of dynamic youth of different social strata, age, profession, religion and ethnic background bounded by a common goal of providing TRANSFORMATIONAL ALTERNATIVES.

Joseph Olawumi Timothy, JOT as he is fondly called by his colleagues and close associates was born to the family of Mr and Mrs Joseph on the 26th day of January 1990 in Lokoja, Kogi State. However, he is by origin, from Iloro-Ekiti, Ekiti State.

JOT, my Nigerian star, attended St. Luke’s primary school, Lokoja from 1996 to 2002 and proceeded to Government Science secondary school, Lokoja from 2002-2008. He continued his pursuit of academic knowledge in Ekiti State University (EKSU) in 2009, where he is currently studying Crop, Soil and Environmental Science.

It is in this university community that JOT met people that lived their lives not just the way it comes but were guided by principles; ideologies and moral standards that he only thought were reserved for people of affluence and royalty.

This encounter caused JOT to realign, restructure his life. He went in search of help reading about campus based organizations so as to find one which will provide an enabling environment for his much desired growth and change. And he found one.

He found Students In free enterprise (SIFE) now ENACTUS where young men and women irrespective of background come together to provide solutions to community based problems. They proffer long lasting solutions that will also bring income to the people in need. All these they do through the positive power of business.

Under three months, he overcame an age long obstacle when he became the first rookie to present for EKSU ENACTUS team at the national competition. This singular feat ‘gave him away’ and was made the new team leader afterwards. Another accomplishment that is alien.

My Nigerian star, JOT, on assumption of office confided in his most trusted lieutenant that his primary goal is to help the over 80 members of his team realise their potentials and thereby make it easy for them to conquer the world. In his words, ‘what will be our glory if we impact communities and we can’t rise above the storm individually?’

He didn’t just achieve his goal but also led EKSU to her best finish ever at the @enactus_nigeria 2013 national competition where they finished in 4th position and the only University/Institution from the South western part of Nigeria to make it to the final round.

His ENACTUS team gave the children of delightsome Oaks orphanage in Ado Ekiti another reason to believe in the society that seems to be against them by establishing a liquid soap and cardigan making venture.

Not resting on their oars, they gave secondary school students in Iropora Ekiti a new lease of life by mentoring them and helping them utilise maximally the laptops given to them by the state government.

His achievements at the helms of affairs in @enactuseksu gave birth to another challenge which will help young Nigerians in career decisions.

‘I want to do this for my nation. Perhaps I will save a Nigerian from ruin, career-wise.’

‘I see a future where well-meaning Nigerians who have not met before will help indigent students get quality education and secure their future through the efforts of my organization. This army will provide solutions that are workable.’

These above quotes were the words of Joseph Olawumi Timothy when he was recruiting me to be a ‘soldier’ in the Transformational Alternative Agents.

This organization will carry out research and innovation, empowerment through information, intermediary actions and policy advocacy in a bid to reclaim the future.

Joseph Olawumi Timothy is a football fan with passion for Chelsea FC, a music enthusiast and loves reading. He has inspired me and over 200 students of Ekiti State University to be different and he is rightly taking it to other parts of the nation.

I know a Nigerian star and he deserves to shine beyond Africa.

Abayomi Tajudeen Sarumi is a student of Agricultural Economics and Extension Services in Ekiti State University. He was born to the family of Mr. and Mrs Abdullateef Sarumi on the 23rd of January 1991. Abayomi is a sport enthusiast, keen follower of politics, an event manager and a writer. Loves cooking, travelling and supports Chelsea football club. He is currently serving as the project manager of @enactuseksu and the convener of EKSURendezvous on twitter.

This piece was originally written for konnectafrica I KNOW A STAR ESSAY COMPETITION but I could not submit it due to some issues. I just want you to read it sir. Thanks for your time. God bless you.