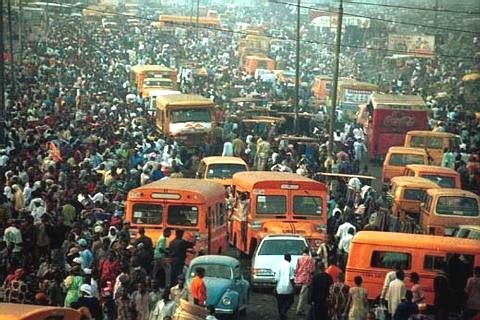 “Teach us to number our days so that we may apply our hearts unto wisdom”, says the Holy Bible. Like many countries, organizations, groups and individuals, a new anniversary is always a time to reflect on past years’ successes and failures, loses and gains in order to re-position and re-strategize for better and desirable future results.

As a country, we have come a long way in years and strengths and it will not be too much to celebrate the small wins. As we celebrate our 53rd independence anniversary on the sweats and bloods of our heroes and heroines who fought teeth and nails to secure our release- as it were from our generous captors, we should take some moment to audit our balance sheets.

Eight military regimes succeeded, beginning in 1966, interspersed between the fourth and fifth military regime by a return to civilian rule with the Second Republic between October 1979 and December, 1983. The final military regime left power on May 29, 1999, when the current Fourth Republic was installed.

It was under the Second Military Regime (July, 1966 To July, 1975) that some of Nigeria’s major development programme  became established, such as the extensive expansion and exploitation of Nigeria’s mineral resources culminating in the ‘Oil Boom’, which in no small measure changed the economy, the taste and living standard of many Nigerians. It was also, unfortunately, a time of war: on August 9, 1967, Nigeria declared full-scale war on “Biafra” after its forces had invaded and captured the Mid-West State. With Biafra’s collapse in 1970, the region was reunited with the Federal Republic of Nigeria and a period of reconciliation and reconstruction followed.

Other highlights of this period included the introduction of various forms of bursaries, scholarships and Students Loan Scheme in the 1970s; a government review programme for the improvement in salaries and wages; the Nigerianisation Decree compelling all foreign firms operating in Nigeria to nationalize or leave; the changing of road traffic from left to right-hand drive; the changing of the national currency to Naira and Kobo and the establishment of organized federal councils for the arts, sciences, sports and agriculture. Corruption was a major cause of strife under the military regimes and it took years for Nigeria to get its house in order.

However, that was to be short- lived by military coups which again put the developmental vehicle of Nigeria in reverse gear. We were to be ruled by the military for the next 16 years, which changed our lives for the worse. The military rule was characterized by impurities, mis- rule and disregard for human rights.

The emergence of a democratic Nigeria in May 1999 ended 16 years of consecutive military rule. Olusegun Obasanjo became the steward of a country suffering economic stagnation and the deterioration of most of its democratic institutions. Obasanjo, a former general, was admired for his stand against the Abacha dictatorship, his record of returning the federal government to civilian rule in 1979, and his claim to represent all Nigerians regardless of religion.

The new President took over a country that faced many problems, including a dysfunctional bureaucracy, collapsed infrastructure, and a military that wanted a reward for returning quietly to the barracks. The President moved quickly and retired hundreds of military officers who held political positions, established a blue-ribbon panel to investigate human rights violations, ordered the release of scores of persons held without charge, and rescinded a number of questionable licenses and contracts let by the previous military regimes. The government also moved to recover millions of dollars in funds secreted in overseas accounts by corrupt government officials, particularly the former military dictator Gen. Sani Abacha.

Most civil society leaders and most Nigerians see a marked improvement in human rights and democratic practice under Obasanjo. The press enjoys greater freedom than previous governments. As Nigeria works out representational democracy, there have been conflicts between the Executive and Legislative branches over major appropriations and other proposed legislation. A sign of federalism has been the growing visibility of state governors and the inherent friction between Abuja and the various state capitals over resource allocation.

There were small and big wins under president Obasanjo led government with strategic reforms and economic recovery programs and debt relief success, however, the administration wasn’t stain-free after all with humongous seams in the power sector.

One thing, however, we couldn’t take away from Obasanjo’s  government was its decisiveness on some issues of national importance like liberalization of the Telecommunication industry and other privatization schemes. When president Obasanjo lost his 3rd term bid, hell was about to be let loose but for various interventions and mediations. Chief Obasanjo accepted his defeat and moved one. Only that he didn’t to forgive Nigerians for refusing him another tenancy right in the Aso-Villa. Single-handedly, he handpicked late Alhaji Umaru Ya’adua (who was battling with some kidney disease conditions) and his running mate Dr Goodluck Ebele Jonathan as successive running mates. The Ya’adua-Jonathan presidential ticket materialized eventually only that the presumably sickly Ya’adua actually had a lion heart and wouldn’t allow himself to be micro-managed by Chief Olusegun Obasanjo. The late Umaru Ya’adua took several giant steps to re-position the fortunes of Nigeria and Nigerians. This was however, to be short-lived again by the demise of the former. Nigeria lost a promising light and a determined reformer. Immediately after the demise of Alhaji Umaru Ya’adua, for several months, the Nigerian ship was on auto-pilot which led to a national stand-still.

Many thanks to several efforts and interventions from well-meaning Nigerians ,elder statesmen and civil society groups, the law of necessity by the National Assembly, Dr Goodluck Ebele Jonathan was promoted from a Vice-President to tentative President. Many Nigerians though the defining moment for Nigeria had finally come when Mr. Sambo joined Dr Goodluck Jonathan to steer the Nigerian ship. These were no serious yardsticks to measure the effectiveness and responsiveness of the duo as it was a common knowledge the two were just completing the term of late Umaru Ya’adua. Soon another movement came when all Nigerians will go to the pull to elect their substantive president. All along President Jonathan had everything going for him and had won the love and sympathy of millions of Nigerians with his humility and demeanor. If there was anything that promoted his presidential campaign for the first time more than anything else, it was his ability to connect with the poorest of the citizens by resonating his challenges and struggles through life with theirs. It paid off.

The above is a brief narrative was how we got here in the first place. Nigeria is 53 and many things will not remain the same again. It is the aspiration of the citizens not just to count years but to have tangible proofs of all-round development at all level s of government. Nigerians are peace-loving people who will happily go about their daily lives without brewing any storm in the cup as long as they have food to eat, clothes to wear and place to lay their heads after the day’s work. Yes, we love sophistry but we are also a contented people. The time has come for us to draw a new developmental plan for our beloved country where the unemployed youth would be adequately employed and empowered, industries and households have access to a stable and reliable power supply, where true federalism exist, health of the people are secured, provision of basic social amenities and infrastructures, local industries are encouraged to grow, appointments are based on competent and merit and  not just on any federal character, of course, political stability and religious and ethnic tolerance are observed and maintained. All these are key pointers to a true developing country. These are not rocket-science, we can do it! We are already late and every minute counts from now!