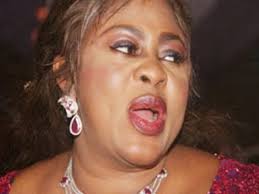 Petroleum Minister, Diezani Allison-Maduekwe and Aviation Minister, Princess Stella Oduah are two ministers in GEJ’s cabinet that hold pivotal positions. For the first time in our political history, the agitations of feminists seems to have paid off as women hold very sensitive positions which only have been a pipe dream some years ago. 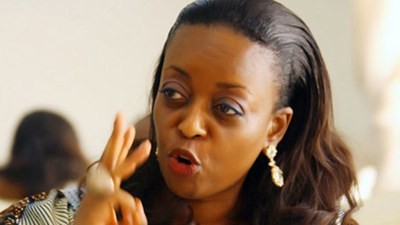 This is the first time a woman is holding the position of Petroleum Minister. The woman in question has a string of firsts as she was the first female Executive Director of The Shell Petroleum Development Company – the largest international oil company in Nigeria which is no mean feat. She was also the first female transport minister. However she may leave office as the Minister with the highest number of uninvestigated scandals which trailed her honourable office.

She was alleged to have purchased a $20 million mansion in Vienna, Austria by Sahara Reporters and the allegation spread like wild fire in the harmattan. As usual with such allegations especially when the person in question is in the good books of the powers that be, it fizzled out like the candle in the wind. Then came the scandal of spending about 2 billion naira on private jets to facilitate foreign trips. That pelted out. The now defunct Next Newspapers ran a report on how she gave celebrity designer and jeweller, Chris Aire the discretionary license to lift crude oil without following the due process. The latest was allegedly awarding a whooping 58.9 trillion oil block deal without competitive or any form of bidding. Atlantic Energy Drilling and her former employers were alleged to have been beneficiaries of the mind boggling deal. Nothing happened after all the hue and cry! To add salt to the injury, the flamboyant lifestyle of her sons at public expense was shown in some websites to further prove the impotence of Nigerians that our public office holders are truly tin gods. Nigerians have resigned themselves to fate that corruption in a form never imagined has indeed come to stay and there is nothing they can do about it but to either join the gravy train or silently protest albeit in futility.

Princess Stella Oduah, the Aviation Minister seems to be more popular for her loud dressings with appurtenances popularly known as bling bling in Nigerian English than for any clear cut ideas to tackle the challenges of the aviation sector. We had the Dana air crash on June 3, 2012 which saw the deaths of 163 Nigerians. Upon investigations, the aircraft was discovered to be 23 years old. It was gross negligence to have allowed such a plane to fly. The victims of the houses where the plane crash landed in Iju-Ishaga have still not yet been compensated till date. The re-issuance of the license on September 5, 2012 was most insensitive.

We had the Associated Airlines crash on October 3 this year. The report by the Accident Investigation Bureau revealed that the plane was technically unfit to fly and yet it flew. When former Aviation Minister, Chief Femi Fani-Kayode offered altruistic solutions to the crisis, he was rebuffed with verbal assaults by the Princess in the most uncouth manner which reduced her highly esteemed office to that of a peasant market woman. She also insulted the collective intelligence of Nigerians by opining that the accident was an Act of God! That was most cruel considering the fact that about 13 people died and that it was shortly after the ‘Independence Day’ Celebrations. That was no way to sooth the bruised feelings of the bereaved families more especially as the belongings of some of them were robbed by hoodlums who masqueraded as helpers. Our leaders can be so inhumane and cold! She was grossly negligent in her duty as it was her duty to ensure that the planes that fly are fit. The name of God has been so abused by visionless leaders who have hidden under it to disguise their gross ineptitude. Another air crash was recently averted in Sokoto. In the midst of these pain, she poured oil in the already troubled waters by purchasing two BMW cars valued at about $1.6 million or 255 million naira because of her alleged threats to her life. The Nigerian Civil Aviation Authority Boss, Captain Fola Akinkuotu amazingly came to her defence though his arguments were extremely watery as it did not justify the purchase of two vehicles at not only a clearly inflated price but also at public expense without following due process. This same Oduah was allegedly fingered in a 3.2 billion naira contract scandal before she became the aviation minister. One wonders why she is still in the cabinet for not only gross incompetence but also corruption. Is it because she was involved in the neighbour-neighbour campaign of GEJ in 2011 and is most likely to play a pivotal role in 2015? Should good governance and accountability be sacrificed on the altar of mere politics? Editorials, Comments from National Newspapers, Blogs, Social Network Sites have screamed in unison for her outright removal.

Would GEJ bulge? Sadly, the man who didn’t wear shoes to school has long lost focus and there is no need sacrificing this woman who may have lost her calling to be a ‘beauty queen’ on the altar of banal public opinion!