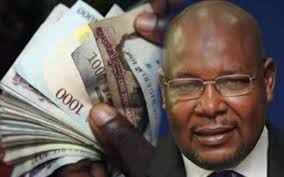 The Federation Account Allocation Committee (FAAC) yesterday approved and disbursed a whopping N1.196 trillion to the three tiers of government for the months of August and September.

N35,549,000,000 was shared from the Subsidy Reinvestment and Empowerment Programme (SURE-P) by all the tiers of government and an additional N7,617,000,000 from the continued monthly instalmental payment from the Nigeria National Petroleum Corporation (NNPC).

Addressing journalists at the end of the meeting, the Minister of State for Finance and Chairman of FAAC, Dr. Yerima Lawan Ngama, said the committee approved the August and September accounts.

Speaking further, Ngama said the month of September witnessed a drop in the amount of revenue which accrued into the federation account by N22.783 billion “due to the slight decline in crude oil production as a result of Force Majeure declared at Brass Terminal, maintenance issues and theft.”

By this development, only the actual accruals into the federation account was shared for the two months as earlier agreed by all the parties, thus bringing to an end the culture of augmenting monthly allocations which fell short of the budgeted sum for the month.

After the meeting, the state governments expressed concern at the Central Bank of Nigeria’s (CBN) directive of 50 per cent compulsory public sector deposits to banks, saying that the sates are not comfortable with the CBN’s directive.

Speaking to journalists after the FAAC meeting, the Chairman of Commissioners forum, Barrister Timothy Odaah, said the apex bank’s directive was “giving states harsh experience as banks are no longer eager to extend facilities to states without the say-so of the CBN among other negative effectives to the investment desires of the states and the fact that they now have to pay higher interest when they borrow from the money market.

Odaah hinted that the state governors would present their misgivings on the compulsory deposit to President Goodluck Jonathan at the next National Executive Council (NEC) meeting, to look for possible ways to bale the states out of economic difficulties.