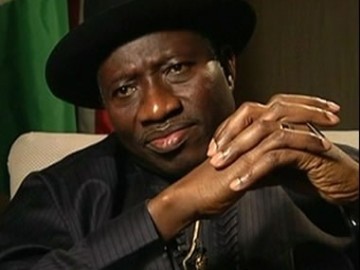 The word sovereign or sovereignty has become the fulcrum of debate on the desirability or otherwise of the envisaged conference of Nigeria’s ethnic nationalities. Most of the agitators for the conference have canvassed the convocation of its sovereign variant even as sceptics centre their reservations largely on this nomenclature. President Jonathan reacted to this dissonance when in his independence speech he referred to it as national conference/ dialogue. He further gave teeth to this seeming conceptual ambivalence when he inaugurated the committee and charged it to come out with the most appropriate name for this “national conversation”.

The thesis of this argument is that with the National Assembly in place, you cannot have two sovereigns at the same time. Once you constitute such a conference, you have inadvertently thrown to question the authority conferred on these institutions via democratic elections, it is further argued.

Those who drive this school seem to be drawing strength from the postulations of social contract philosophers such as John Locke, Rousseau and Thomas Hobbes on the origin of modern states.

These philosophers had characterized life in the state of nature as nasty, short and brutish. Due to the atavism of the state of nature, medieval man had to enter into a contract with a sovereign to whom he surrendered some of his powers and was in return, guaranteed protection. The abstraction recognizes two things at the same time: power belongs to the people; those who exercise power do it on their behalf. This is the philosophical root of the concept- sovereignty. It is an analytic construct to account for the residue of political power in modern governments. Its purpose is to domesticate the locus of political power.

The idea has found further expression in modern governments through representative democracy. Because modern states can no longer permit of direct democracy as was practiced in ancient Greek City States, the people now exercise this sovereign power through elected representatives. Having elected their representatives, they confer sovereign powers on them to make laws for the good of them all.

Conceived this way, it is presumed that those elected have now been armed to reflect the wishes and aspirations of their constituents. That is the point antagonists of sovereign national conference seem to be making. And there is some sense in it. But that is not all.

There are also conditions under which the concept is supposed to operate in its pure form. For this symbiotic relationship to function optimally, these conditions have to be strictly observed and followed.

The first is that the structures that throw up candidates for elective offices must be democratic enough to truly reflect the will of the people. Here, internal democracy within the political parties comes to mind. The other, closely related to the first is the issue of free and fair elections. Both form the necessary and sufficient conditions for the sovereignty of the people to have full expression. To what extent do those who purport to represent their people satisfy these basic conditions? And if they do not, how much of credibility do we ascribe to the sovereign powers they now purport to exercise on behalf of us all? These are the issues to ponder in the debate over where sovereign power really resides in our peculiar circumstance.

It would appear that those who fault the convocation of a sovereign national conference on the ground that there is already sovereign power in the national assembly are not saying it all. They seem to have completely lost sight of the fact that what we have here is representative democracy in its most aberrant form. Not only is internal democracy observed in the breach, elections are yet to reflect the will of the people as amply expressed at the ballot box. When we canvass sovereign powers which elected structures or persons purport to possess, we should also call to mind the limitations in stretching this argument too far.

Besides, it is also possible for those elected to supplant the wishes of their constituents with their personal goals. When we have a situation of goal displacement, our laws provide remedies for the people. That is why we have provisions for the recall process and impeachment. The same elite now parroting the sanctity of sovereign powers conferred on them through elections, are quick to erect obstacle against being impeached or recalled when they have fallen out of favour with their people. Thus, this new found love for the observance of extant regulations cannot stem from altruistic considerations. There must be more to it than the way it has been presented.

Even then, it is clear that Nigerians desire to engage themselves on issues concerning their common destiny. Signals that things are going awry are very palpable throughout the length and breadth of this country. There are genuine fears that if urgent steps are not taken to stem this tide, the ensuing systemic stress may lead us to more disastrous consequences. Yet, some people are holding on to the issue of sovereignty as if it is an end unto itself rather that a means to an end-public good.

It may be a mark of the failure of the sovereign powers of elected structures and persons that the country has drifted to the edge even after the various nationalities have co-habited for nearly 100 years. If a marriage can no longer hold after 100, is it not suggestive we have danger in our hands? If bending some of the rules can take us out of the impending doom, does it make any sense to be enslaved to stereotypes that portend dire consequences?

In effect, the argument that we cannot have a sovereign national conference is neither here nor there. There is nothing so sacrosanct about the elections that produced these structures that they should pose an impediment to genuine efforts to get the architecture of this unity in diversity right. For, the same people vested with inalienable rights to confer sovereign powers on elected representatives can call such powers back when their representatives have become a liability.

Just recently, something of that nature happened in Egypt when the same people who overwhelmingly voted in Morsi got utterly disenchanted with him after about a year in office. The revolution that saw him out without waiting for his tenure to expire is a classic demonstration of the sovereign will power of the people. This dialectics must not be ignored by those opposing a sovereign national conference.

The authority of government is created and sustained by the consent of the people who remain the source of all political power. Benjamin Franklin summed up this when he wrote “In all free governments, the rulers are the servants and the people their superiors and sovereigns”. If a sovereign national conference is all that is required to pull back the country from the brink, those who oppose it do not believe in the continued existence of the country.