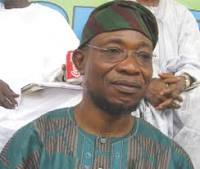 Its one thing to get educated for “free”, its another thing to provide motivation that brings about the willingness to want to be educated. In Osun State today, education which is the only way out of ignorance, poverty, darkness and so on has been made free by the government; I know you are not surprised by that after all its more or less the same in other parts of the country; the Osun State government has also provided beautiful and nice structures (better than some private schools) that will enhance the education of a child/teenager; that also is not worth capitalizing on since there are structures in other states as well; But what might interest you is the idea of… Kindly read on.

In Osun state, majority of the adults are not living any close to the per capita income because of their level of education and orientation. There are lots of potentials that can be maximized but there is scarcely anybody fit to maximize them, almost everyone is seeking greener pasture in other states, so therefore the revenue government is generating almost amount to nothing; I remember clearly this was one of Gov. Aregbesola’s obstacle; he had issues with the low internally generated revenue in the state; but over the years he has made a lot of serious progress. This, to some extent explains why education became his second most important priority.

The orientation to education needed to be changed, education is free but children are still not attending classes, the structures are in place, “educational tabs (Opon imo)” are on ground but they still do not look interested; most of the children preferred the farm to attending those “boring” classes, something was wrong. All eyes are on the government to make things right; there is a saying that: the way to a man’s heart is through his stomach; well that saying is still authentic and seems to be working well especially in Osun State. In few words, the government started providing “free” food for students in schools.

The burden of education on the parents has been reduced by the government; many might not appreciate what is happening over there, but the children and the parents are happy; the development is highly welcomed. In some 10 years to come, this might not be in place again because that is not the reason behind getting educated but right now; Osun is on the run to being one of the states that will harbor a large population of educated people; Education is the only way out, the best way to empower humans is to get them educated; it is a platform that cannot be omitted.

Now, there is hardly any child who doesn’t want to be educated; what they are going to the farm for has been made available in the class; I’m sure the parents will also make efforts in convincing the child to get some education. For our pessimistic brothers and sisters, please don’t worry with time, their minds will be off the food. Osun a dara!