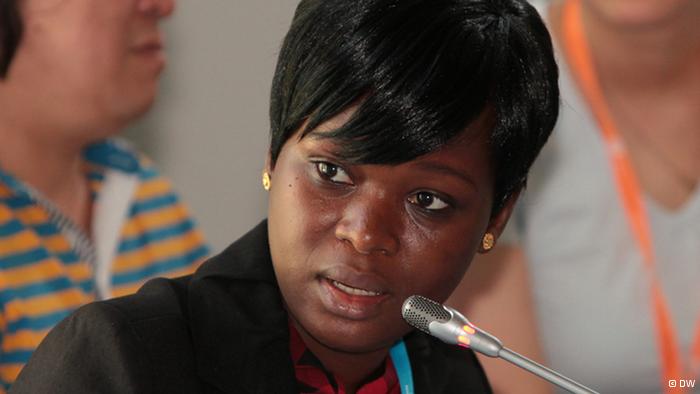 I have been reading newspapers and magazines both local and foreign since 1995 when I was still a starry-eyed Form One student of arguably the Numero Uno College for boys in Nigeria: Kings College Lagos. Something struck me when I read about Kunle Ajibade of the News Magazine, Charles Mbah, Ben Charles-Obi and Senator Christy Anyanwu of the defunct The Sunday Magazine being charged for coup plotting and slammed with life imprisonment sentences which were later reduced to fifteen years. This fuelled my interests in the Fourth Estate of the Realm when I read about the persecutions of pen pushers in their fight for democracy. I had wondered why Abacha with all his might would be so afraid of harmless journalists despite the odds: a highly unstable and non pensionable job, biting poverty as a result of non payment or late payment of salaries, low respect from members of the public no thanks to their being viewed as glorified beggars courtesy of brown envelopes which is now part of the ‘perks,’  dwindling readership as a result of the free or subsidised readers club as a result of the battered economy which had its root cause in the Structural Adjustment Programme which the Evil Genius Ibrahim Babangida introduced.

The odds are so overwhelming that it is only a determined man that would venture into this profession in a country which hardly reveres or respects heroes or heroines. The age old cliché of the pen being mightier than the sword now made a whole lot of sense to me when my then callow mind sought to unravel this puzzle.

The event of June 8, 1998 was akin to the activity of a Deux Machina and that led to the chain of reactions which led to our present day democracy. The freedom of speech which was a concomitant gain of the civilians being in power was certainly a breath of fresh air for the hapless pen pushers. When former President Olusegun Obasanjo said he did not read Nigerian Newspapers and put a large notice outside his Otta home that journalists and dogs were not welcome, I thought the brash Balogun of Owu had taken things too far. When a renowned social media activist screamed blue murder that he was quoted out of context by a prominent news channel and said ‘Any Nigerian News is one gladly missed,’ I wondered if Baba Iyabo was right.

It is a well known fact that journalism in Nigeria is a mere stop gap for many who could not secure jobs or merely use it as a pivot to get a political appointment. Columnists and Pundits are hardly respected these days as their antics seem to be a way of getting co-opted into the gravy train to ‘come and eat’ apologies to Late Chief Sunday Afolabi, former Internal Affairs Minister. Let us contrast this with the west: why would a Christine Amanpour, Stephen Sackur, Piers Morgan, Richard Quest, Ishe Sesay, George Will want to become spokesmen to any government? They have a gargantuan following on the various new media. Being openly partisan would mean a loss of many of their followers which would not be in their best interest. Investigative journalism is what makes journalism tick and the various media – traditional and new strive to outdo one another to bring refreshing news.

The excuse Nigerian Journalists give is the poor conditions of service which see many of them work without pay with salary arrears being the norm, lack of insurance or healthcare, no pension scheme amongst many odds. These reasons are not to be dismissed but the presence of passion overrides any possible challenge to giving the public the best of service.

Journalists the world over are primarily driven by passion and not financial remuneration. They are among the least paid professionals on the average. The bottom line is passion which drives them to crazy lengths to crack stories. Who could have believed mere toddlers like Bob Woodward and Carl Beinstein could bring down a Richard Nixon after winning his re-election by a wide margin and even getting to the apogee of his popularity by pulling American troops from Vietnam?

The media world has moved on and it is high time Nigerian Journalists move with the times and stop complaining in futility as the emergence of a champion can only be possible with the presence of a crisis. The World Wide Web gives a journalist who may have been confined to his territorial space the opportunity to be heard globally. Nothing stops a pen pusher from being known for a particular cause or beat and leveraging on it to create an alternative source of income without being dependent on the degrading brown envelopes. The world has never had greater interest in Africa than now. Nigeria being the largest Nation in the continent gives an optimum advantage. If Pini Jason could earn money writing for the London based New African amongst other foreign publications and show some smart alecs the way, If Sam Omatseye the current Chairman of the Editorial Board of Nation could lecture journalism in Colorado State University based on his antecedent in the defunct National Concord, new age journalists have no excuse not to expand their coast.

Nothing stops a journalist from building a following through a blog, twitter, facebook and having an alternative income source either directly or indirectly. It is high time journalists changed their mentality and stopped accepting what society imposes on them. It took an Ali Baba to prove that comedians shouldn’t necessarily die wretched. The world is a better place because of the activities of revolutionaries who challenge the status quo for the betterment of humanity. The Nigerian populace is waiting for this change which would guarantee independence and by extension earn their trust! It is high time they did away with the victim mentality which is an ill wind that blows no one any good!

I congratulate Toyosi Ogunseye, Sunday Editor of Punch Newspapers who made history by being the first Nigerian Journalist to win the CNN African Journalist Award twice – 2011 and 2013. Her investigative story on the frequent deaths of babies in the Ransome-Kuti Centre in the Lagos University Teaching Hospital is highly commendable. She could have chosen to ignore it or worse still blackmail the hospital in return for cash – a bane in our clime. We also commend Tolu Ogunlesi, the Pharmacist turned award winning journalist and writer for winning the prize for the story on the Eko Atlantic Project as a freelance journalist writing for Ventures Africa. It is also a thumb up to the defunct Next Newspapers where he cut his journalistic teeth as a vanguard for investigative journalism.  He also made history by being the first Nigerian freelance journalist to clinch the coveted award as it is the highest journalism award in Africa and can rightly be described as Africa’s Pulitzer. They only killed the body and not the soul as Ogunlesi’s award is a surreptitious re-incarnation of the fearless paper whose failure was rather tragic.

There is hope for the Nigerian Media!