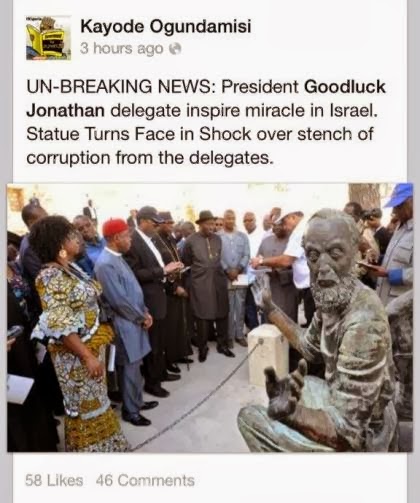 Religion is supposed to be a private affair between man and his creator. In Nigeria, it has a dimension that will rattle the German Philosopher Karl Marx. It is a unifier that unites both the rich and poor albeit externally. We seem to leave everything to God. Ask a poor man about how his future will look like and he will tell you ‘Na God hand E Dey!’ His sorrows are drowned with endless crusades and vigils but I wonder if he ever finds some quiet time to take stock as his lot only worsens. A popular prayer in the Catholic Church where I belong to is ‘A Prayer for Nigeria in Distress’ I am yet to hear pragmatic sermons on how we can build a Nigeria of our dreams. The rich need the clergymen as they prop up the oppressive system by drowning their miseries with motivational talk on an elusive prosperity or reminding them of their Heavenly home which they must not miss and the need to sacrifice a revolution for their earthly prosperity as it may stand in the way.

I was not surprised when President Jonathan kneeled before Pastor Enoch Adejare Adeboye who doubles as the General Overseer of the popular Redeemed Christian Church of God. The president was only being ‘humble.’ It was no surprise that some dubious Italian contractors offered to build a church in the rusty Otuoke as a way of saying ‘Thank You’ to his Excellency.

A pilgrimage in a decent clime is supposed to be a private affair at the expense of whosoever can afford it. There is no religious doctrine that preaches it as a pre-requisite to Paradise. Trust the clueless Nigerian rulers to always overdo things.

The recent pilgrimage led by GEJ is obscenity at its apogee with an entourage of seven governors, eight ministers including the embattled Aviation Minister, Princess Stella Oduah, three members of the National Assembly and some presidential aides all at tax payers’ expense. Must the name of God be so subtly mocked! Did the creator will pain on the hapless and voiceless masses simply because an irresponsible leadership wants to pay him homage? I was even surprised that the President of the Christian Association of Nigeria (CAN)’s President, Ayo Oritsejafor of the Word of Life Bible Church was also in the presidential entourage. It was shocking because the same GEJ went to the headquarters of his Church in Warri last year to congratulate him on his purchase of a private jet. If the ‘Man of God’ loved God so much, one wonders why he couldn’t fly to Jerusalem himself and save the masses the mind boggling expenses his trip would incur? The Rich are truly getting richer!

The GEJ government will probably go down in history as one of the most profligate in history. It has failed so many moral tests and has lost its nexus with the citizenry. The zenith of the insult to the collective intelligence of Nigerians was the presence of Princess Stella Oduah as part of the government delegation. The propaganda being peddled in the press that GEJ snubbed her in Israel is most laughable! If GEJ is truly sincere about tackling the gargantuan scourge of corruption, she has no business being a member of the cabinet in the first place let alone going to the birthplace of Jesus Christ at public expense! This is worse than the falsehood which Squealer peddled in the classic ‘Animal Farm.’

One is curious as to why the Pro-Oduah protesters kicked off their protests when she was in the Holy Land. Did she go there to gather spiritual momentum to ensure depraved minds glorify what has perpetually kept them in a never ending bondage? The masses do not deserve pity sometimes because their actions make them irredeemable. This is not the first time such bunkum is being gleefully down by the hoi polloi. When the charismatic Ibadan politician, Alhaji Adegoke Adelabu of penkelemesi fame had a corruption case when he was forced to resign as Minister for Social Development in 1955 by the Nicholson Commission of Inquiry, the proletariat of the former capital of the South West staged a protest that even if he was corrupt, he was still their son and the money was therefore in safe hands! After Zik was indicted in 1957 by the Foster-Sutton Tribunal, he mobilised the masses and was re elected as Eastern Region Premier. History tragically repeats itself!

The practice of squandering scarce public funds by public office holders in the name of pilgrimages should be totally condemned by well meaning Nigerians. GEJ should be bold enough to tackle the hydra headed monster of corruption and not chicken out by going to seek Jesus Christ in the Upper Room and where his body was buried. Jesus Christ is in every Nigerian and he is supposed to give them hope and not worsen their problems. God has never come down from the Sky to solve problems and will never will. He always use people to accomplish his purposes. GEJ has the responsibility to salvage whatever is remaining of his administration’s credibility. Wouldn’t the government officials be entitled to estacode for this trip that has no direct impact in the lives of the common man? Isn’t this an indirect way of perpetrating corruption? What then is the use of extolling the external aspect of religion while neglecting the inside which is core?