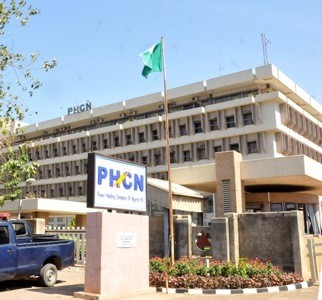 The nation recorded a major milestone in its power sector reform roadmap with the recent successful sale of power assets that yielded an estimated N304.82 billion ($1.975 billion) to the coffers of the Federal Government.

Fourteen of the preferred bidders that won the bids for the successor generation and distribution companies that emerged from the unbundling of Power Holding Company of Nigeria (PHCN) paid the sum, which represents 75 percent of the transaction value for the power utilities.

With the 25 percent already paid as initial deposits for the same assets six months ago, the government has generated a total of N425.830 billion ($2.733 billion) through the sale of power assets in less than one year.

However, we call for a speedy and transparent resolution of the Enugu Disco which the preferred bidder failed to make payment for. Let the rules governing the transactions prevail as any deviation will jeopardize the integrity of the entire process.

In addition to this, the federal government has announced that it has a pool of funds sourced as loans totaling $1.6 billion for the expansion of transmission infrastructure in the country. The funds, as the Minister of Power, Prof. Chinedu Nebo, explained, are substantially loans from the World Bank (WB), African Development Bank (ADB), Euro Bond Issue and Chinese Exim Bank as well as the Niger Delta Power Holding Company (NDPHC).

We applaud the success recorded in the sale of power assets and urge the government to make the reforms in the sector work. Government and those at the helm of the privatisation of the power sector must see to it that Nigerians have regular supply of electricity. We say this bearing in mind that a lot of money and other resources have been pumped into the sector without commensurate results. Let government get the power sector working. Nigerians are tired of perennial excuses from official quarters on this matter. They are also tired of erratic and epileptic power supply. It is time to get results.

Let the money realised from the sale of power assets be deployed to improve infrastructure. Government should monitor and ensure judicious use of all the funds and keep the buyers of the assets on their toes to improve power generation and distribution in the country. Also, the buyers must be made to abide by the terms of the sales.

The only way government can justify all the funds being channeled to the sector is for all Nigerians to enjoy electricity at the end of the day. The   optimism that the sale of the assets has elicited should be sustained. The   hopes raised by this sale should not be dashed, as we have experienced many times before now. Let the new promise of improved electricity supply not go the way of similar promises made by past successive regimes.

It is imperative that the power sector reforms are made to work this time around. President Goodluck Jonathan should take revamping of this sector as a priority of his administration and make history by ensuring regular power supply in the country.