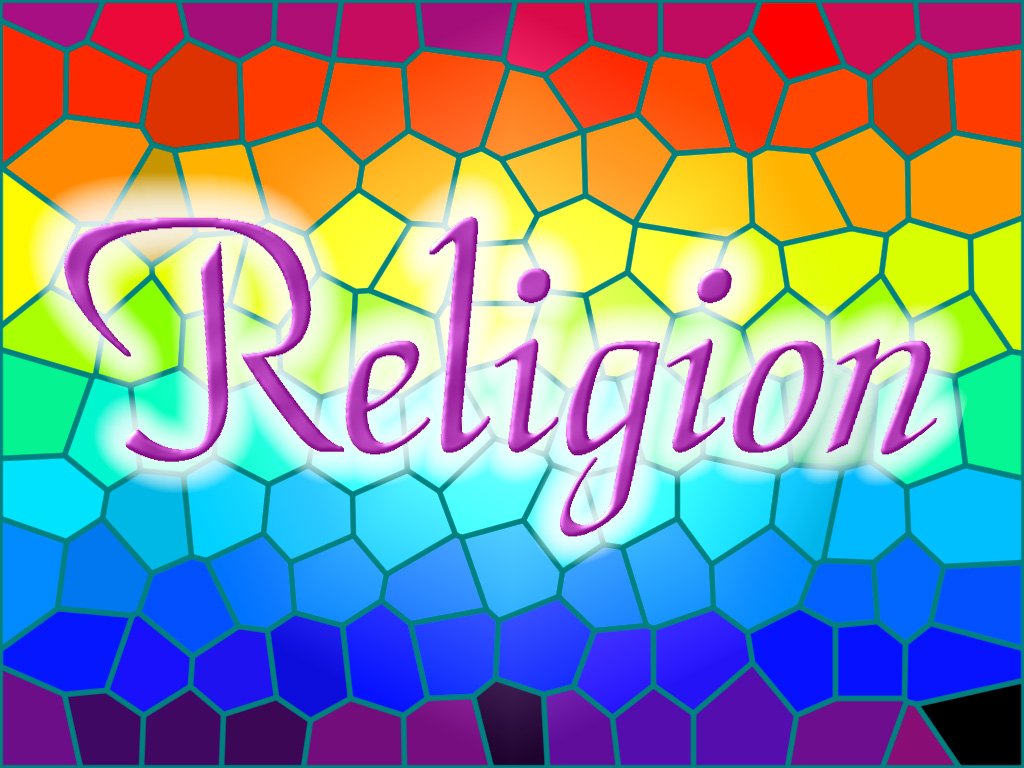 Religion as defined by the 8th edition of the oxford dictionary is the belief in the existence of a god or gods, and the activities that are connected with the worship of them, or a particular interest or influence that is very important in our lives. The former definition is a true reflection of what is obtainable in our society today. Let me further emphasize that religion has been the foundation of modern day division amongst humans after slavery and aside racism.

Nigeria is not left out as we happen to be the most religious nation in the world, of that there can be no question, although a vast majority of us lack the mental capacity to comprehend what religion truly means.
The Epoch of civilization In Nigeria has produced two major religions, Islam and Christianity with others in existence but in faint forms. In the advent of whatever we have today as religion in which was believed to be the perfect alternative to relinquish us from the slavery of our “cultural barbarism”, NEITHER GOD NOR MAN HAS KNOWN REST.

Today Nigeria is faced with a sharp division amongst her people; the different manifestations of this sad situation must be frankly addressed. The most dangerous of these is the widening gap between Christians and Muslims which has been pernicious to our national development overtime.

Over the years, religion has been a tool for political manipulations and indirect slavery. Our political elites use the propagandized form of religion to fragment the nation so as to continuously protect their political influences and build their power bases. This singular act has led to many forms of abysmal fanatism and has blindfolded us from seeing the wrongs in the actions of those on our teams. In recent times, we have being faced with several cases of crisis and blood sheds due to this division as the camaraderie that once existed between both parties is gradually effacing ergo arms and swords are being used in-lieu of proper conversations.

Despite the heinous acts of brutal killings and destruction of properties, no one has being brought to face the law, evidently the perpetrators of these skull duggery are shielded by “super powers” in our political domain.

It is very comfortable to say religion as a subject has caused us more destructions than good. If we look meticulously at the chronicles of our nation we will realise that Nigeria has lost more to religious crisis than to any other form of crisis in her history, an example of a few among many is the Shariah crisis in Kaduna, and the crisis in Sagamu where innocent people were brutally murdered and properties were destroyed. A more recent case was the story in Kaduna after the presidential election of 2011 where PDP emerged the winner. Initially it started as a protest against the results of the elections after one of the contestants was believed to have ultered a belligerent statement on television, with time it generated into a clash between PDP and CPC thugs and transiently into a clash between Christians and Muslims where Churches were destroyed in Northern Kaduna while Mosques were destroyed in Southern Kaduna as vendatta leaving so many innocent people dead and some roasted like yam tubers.

However some regions suffer more than others. Development in the North is hindered as a result of this division which continously mitigates crisis.

The Northern region is known for the poorest infrastructures and underpowered people, most of their blithe leaders embark on pseudo projects that are fraught with corruption and nepotism knowing fully well that they can’t be questioned by their bigoted and shallow minded masses who have being locked in illiteracy and spiritual shallowness. Imagine a case of a governor being praised for sending almost 50 people on pilgrimage in a state that lacks portable drinking water. Kaduna as an example is verbally divided into Southern Kaduna (Mostly occupied by Christians) and Northern Kaduna (Mostly occupied by Muslims), a shocking scenario revealed when Governor Patrick Yakowa died, there were cases of jubilations in mostly northern part of Kaduna dominated by Muslims because he was a Christian. How grim can this get?  The crisis pattern however involves the destruction of churches in northern Kaduna and destruction of mosques in southern Kaduna.

Recently, more priority is being given to defence, as the administration amass huge amounts funding the military anti-terrorism war due to the case of the militants uprising in the north. A dreadful terrorist group who are believed to be against western education has held the region to ransome. Since 2010, the economic activities of the north have been crippled as a result of the situation. More lives are being lost and more people are fleeing the state to look for peaceful dwellings. The last 2years has being the nadir of this dreaded insurgence as several churches, mosques, schools and homes have being destroyed and innocent people brutally murdered.

The youths are further brainwashed with twisted religious texts and recruited as thugs to carry out heinous crimes against their own people who are on the opposite sides (other religions).

Lately, religion is no longer about preaching peace and morality, two virtues that are so much needed in a perilous time like this, it has become a game of lords, a big business, in which on one side we have perverted hypocrites concealing the truths to gain political immunity and earn their ungodly share of the national cake while on the other side we have a group that believes in propagating enmity between religions and further spread terror and violence. Sadly, majority of Nigerians are unaware that these vile unconscionable Mallams and Pastors who continuously push their extremist followers are shielded by armed thugs. The question is: how many of their children or family members have being killed so far in any of these crises?

An act of “worship” doesn’t involve acquiring material wealth at the detriment of others as or creating enmity amongst people but vice versa.  I heard a preacher telling his congregation that the Muslim “Allah” is different from the Christian “God”, how grim and hypocritical? That’s how the animus keeps spreading by the same people who are suppose to preach peace and unity. In reality, we all serve one God; the only difference between us is our methods. The more we are advancing, the more these divisions are repackaged and rebranded to suit our orientations, sadly, even the educated fall for these traps. Today a vast majority of Nigerians feel Christians and Muslims are enemies by virtue of our primordial acquaintances, In reality, this is not so. These clashes have left us with putrid nightmares, injuries and pains with no side being able to vanquish the other, it is pellucid and important for us to see that there is no war between Christians and Muslims and whatever we see and experience is painted by some vile religious leaders who head our religious houses under the detailed instructions of their dare-devils at the top.

Nigerians should know that, this division is the style of the oppressors, be it the government or be it the predominant group. They oppress, and then use religion as a means to control the masses, divide them and lead them to submission and defeat.

It is time for Nigerians to understand that these ungodly religious leaders are fundamental parts of the plutocracy in our government. They get fat largesse from these people at the top who continuously use them as tools to create religious propagandas. Let me bring to our cognizance that these religious leaders that preach divisions and violence hardly lose any member of their families to the outcome of these crises; their families are abroad enjoying the benevolence of their ill gotten wealth or moving in convoys of armed men.

It is obvious that both sides (Christians and Muslims) cannot wipe out each other; the best is for us to create an enabling environment where both sides will coexist peacefully. We must avoid being too keen to instructions from some of these preachers and learn to sieve some of these twisted exegesis.

We must understand that religion is as corruptible a human activity as any other. Its frontlines aren’t really saints, they are human beings and they do what human beings do- lie, cheat, steal from their members, overstate their importance and degenerate opposing views unfairly.

This division is obstructing our development as a nation and our empowerment as a people. We must understand that lack of unity will only make us suffer more as we have being suffering in the past. No nation has ever achieved greatness in division but as a single unit hence for us to achieve anything as a great Nation, we must learn to function as a single impregnable unit where the perfidious feelings will be washed away or be prepared to lose Nigeria forever.