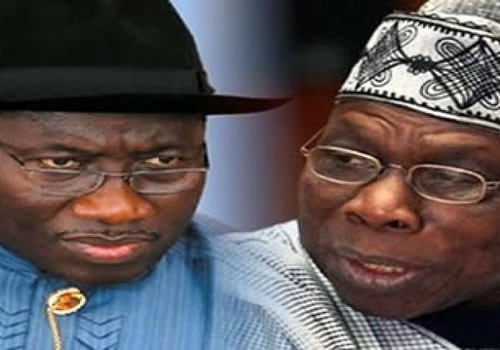 Even before it got off the drawing board, former President Olusegun Obasanjo’s plan to lead the peace moves in Peoples Democratic Party (PDP) has collapsed.

The meeting of elders to resolve the party’s crises was slated for today in Abuja.

It was “technically” called off last night at the Presidency’s prompting, The Nation learnt.

President Goodluck Jonathan, it was said, advised the elders to shun the meeting, following intelligence reports that Obasanjo was behind the crises.

The former President could not be reached last night.

Among the elders expected at the meeting are former chairmen and notable leaders.

A pre-meeting session of some governors at the Rivers State Governor’s Lodge went on for hours last night.

It was not clear what was discussed, but the news about the Obasanjo mission may have been broken.

“All was well, until this evening when we learnt the President was opposed to Obasanjo presiding at the meeting,” a source said, adding: “He believes that Obasanjo is the architect of the crises; he shouldn’t be called to settle it and be seen as a peacemaker.”

The meeting slated for next Tuesday will hold. President Jonathan will preside.

Brickbats continued to fly yesterday amid shaky efforts to rescue the PDP.

A group loyal to President Jonathan also accused Obasanjo of being the architect of the crises. He should call his associates in the Kawu Baraje faction of the party to order, the Media Network for Transformation (MNT) said.

The group said Obasanjo could not continue to be the hand of Esau and the voice of Jacob at the same time.

In a statement in Abuja, signed by its Coordinator, Mr. Goodluck Ebelo, the MNT urged Obasanjo to either renounce his associates in the New PDP or be treated like those rated as rebels by the party.

The group said “no arbiter, who is the guiding light of the rebels can make peace”.

To the President’s camp, Obasanjo is the unseen hand pulling the string of crises in the ruling party. There is suspicion in the Presidency over his peace mission.

Some governors were meeting last night at the Rivers Governor’s Lodge in Abuja ahead of today’s meeting.

National Chairman Bamanga Tukur yesterday described members of the Kawu Baraje faction as “prodigal sons” who would be accepted back into the fold, if they retraced their steps.

But the Baraje faction told Tukur that his “time is up”.

The statement said: “We call on former President Olusegun Obasanjo to call his associates to order. Apart from being their sponsor, the rebel governors draw their inspiration from him.

“Apart from numerous clandestine meetings, former President Obasanjo started his public romance with the rebel flank when he became unavoidably absent at this year’s Democracy Day celebration in Abuja, but vigorously participated in the day’s activities in Dutse, Jigawa State. That was followed by the rebel governors’ visit to his Abeokuta home.

“Then came last Saturday, and Chief Obasanjo’s mischief literarily flew over the Eagle Square venue of the Special Convention. Unavoidably absent, again, he was to turn up the next day in church, at the Presidential Villa, made a few platitudinous remarks on the need for a peaceful resolution of the crisis and thereafter called a meeting . His meeting failed and will continue to fail.

“Obasanjo cannot continue to be hands of Esau and the voice of Jacob at the same time. No arbiter, who is the guiding light of the rebels, can make peace. Peace, in this matter, will continue to elude President Obasanjo because his activities are the very antithesis of the conditions precedent to peace.”

The group said it suspected that Obasanjo cannot resolve the crisis in the party with alleged partisan interest.

The statement added: “Unfortunately, his eight years in office provides no road map to resolving a political dispute. All that can be gleaned from the debris of his time in power are abuse of institutions of State in shutting down dissent, hounding political opponents into prison and forcing a party chairman to resign …. Little wonder that such baleful legacy dogs his attempt at making peace.

“President Obasanjo has to come out publicly to renounce his ties with the seven governors who are trying to impose their will on the remaining 29 states and the Federal Capital Territory or acknowledge them and be treated like them.”

President Jonathan is yet to speak on his political future, but MNT said he is free to run again. It said: “The governors are welcome to contest the PDP primaries, individually or present a candidate. That’s democracy. But for persons, who themselves, stood for elections for their second terms to demand that Mr. President cannot avail himself such amenity is not only rude but feudal.”

“I cannot speak on what a faceless group is saying”, he told our reporter on the telephone.