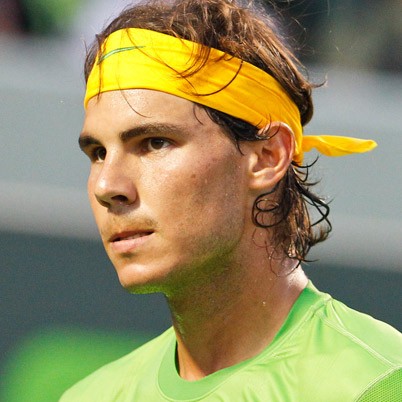 “amazing”, having come back from a serious knee injury earlier in the year. The Spaniard, 27, won 6-2 3-6 6-4 6-1 to secure his 13th Grand Slam title, seven months after he returned to action following a lengthy lay-off.

Heading to the US Open final, Djokovic himself admitted Nadal was the best player in the world. “With no doubt, he’s the best player in the moment this year. It’s always the biggest challenge that you can have in our sport now. I mean, he’s the ultimate competitor out there. He’s fighting for every ball and he’s playing probably the best tennis that he has ever played on hard courts,” said Djokovic, a six-time Grand Slam champion.

“I prefer to play against another opponent. Talking about a final, I want to play against a player that I have more chances to win. Novak is a great opponent. There are other ones, but it’s true we have already played a lot of important matches for our career, so that makes that confrontation special. And when you have the chance to win against the most difficult players, it’s true that the victory is more special,” joked Nadal.

“This season is probably the most emotional one I’ve had. It means a lot for me to have this trophy with me today. It’s just amazing. I felt that I did everything right to have my chance here. You play one match against one of the best players in history like this, Novak, number one in the world, probably on his favourite surface. So I have to be almost perfect to win,” said Nadal.

Nadal, who was out for seven months with his knee injury, had to withstand a stunning passage of play from Djokovic on Monday, during which the Serb went close to earning a double-break in the third set, and then earned three break points at 4-4 though the Spaniard managed to hold his serve.

“When Novak plays at that level, I am not sure if anybody can stop him. I know that it was really important to stay only one break behind. If I lose the second break, then it’s over, the third set. So I tried to be there, keep fighting for every ball, and tried to be focused in every moment and tried to wait for my moment. Even when I had that 0-40 it was really, really amazing. I played an ace. I played an unbelievable forehand down the line. That was one of the key moments of the match,” said Nadal.

Djokovic conceded that his failure to win the third set had been the pivotal moment in the match. “It was disappointing that I dropped the third set, even though I felt like, especially in first four or five games, I was the one who was dictating the play. But it’s all my fault. You know I made some unforced errors in the crucial moments with forehands and dropped the serve twice when I should not have. Next thing you know, all of a sudden, its two sets to one for him. Then he started playing much, much better after that and I obviously could not recover after that loss,” he said.

With no points to defend following last year’s injury break, Nadal is almost certain to overhaul Djokovic in the rankings in the coming weeks.

“I’m still number one in the world rankings, but year to year he’s far, far ahead and he has many more chances to end up as number one,” said Djokovic.

The victory takes Nadal to 13 Grand Slam singles titles, one behind Pete Sampras and four behind all-time leader Roger Federer, something he described as “much more than I ever dreamed.”

What They Say…
John McEnroe: “To me he’s better than ever. He’s moving better; it was amazing to see how much he wanted it. His will to win. I’ve never seen anyone like it. We were worried about his career, then he doesn’t play Australia, and all of a sudden he comes back. For a while, we’re still thinking is he going to be able to come all the way back? He wins the French, but that’s expected in a way, but he looked like his old self. When he lost first round of Wimbledon, I started worrying again. I thought the knee was bothering him, but he comes back and wins both hard-court events,” said seven-time Grand Slam winner McEnroe.

John Lloyd:
Former British number one John Lloyd believes Nadal’s recovery from injury and subsequent form makes his year the greatest in the history of tennis for any player. “Even if Nadal loses a few matches towards the end of the year in some of the Masters series events, it does not matter. It is one of the greatest years of all time and in my opinion it is probably the greatest year a tennis player has ever had. I feel Roger Federer is going to be caught. As long as Rafa’s injuries hold out, I think he will break the record,” he told 5 live.

Pat Cash:
Former Wimbledon champion Pat Cash agreed that Nadal was now a serious threat to Federer at the top of the Grand Slam standings. “Nadal could surpass Federer’s total of 17. That debate over who is the greatest is fun but pointless, but you can’t argue with eight French Opens and maybe more to come. He has got a style of game that nobody has seen before. He’s got an intensity and speed that nobody has seen before. He’s very much a modern-day player. He’s created this new style of play. The only thing holding him back is his knees. It’s a much healthier tennis circuit with him back in it,” the Australian said.