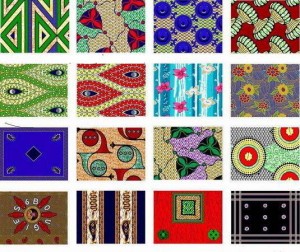 Ignorance has always been a variable in interpreting contexts and concepts. We rely on flawed and often hypocritical analyses in defining “African culture” and dismissing any label we consider as “foreign” or “alien to us”. Backhanded defences of Africa by those who like to think of themselves as “conservatives” romanticise obvious inelegancies as “the beauty of Africa”. To these conservatives, Africa is literally a civilisation of unrefined people dressed in caftan, adire or kampala and living in, perhaps, mud-built huts of various exotic shapes.

In their conservativist defences, they pander to obvious contradictions. First, what these African culturalists label fixedly as “African” are a developing or evolving facet of a human civilisation. It’s actually an unprogressive mind that would in this day and age consider riding on donkeys to farm African and not what it really is – backwardness! But among them too, there is a conflict: in their clamour for what qualifies for the African, certain traditions of the foreigners who introduced Abrahamic religions are assimilated. Thus, they betray their touted aversions to influences. The main ignorance here is the inability to tell the Western apart from the Modern. Though the West leads modern civilisation, it’s inaccurate to lay all claim to ownership of this world of machines to it. What we call western civilisation is an evolution of the collective efforts of renowned scientists, explorers, inventors and scholars from different races and continents. The Whiteman, for instance, didn’t know what paper was until the Chinese invented it.

So I’m a child of the modern civilisation, a civilisation that replaced the ink-pot with fountain pen. A civilisation whose people are an unprogressive collective that cannot manufacture an ordinary car has automatically lost my membership. Culture is the way we live, which is why anything that eases the way I live must be embraced. Which is why I abandon hoes for tractors to feed a larger number of people. Which is why camels and donkeys are abandoned for cars and aeroplanes to make living easy. I wear clothes in the style that the billions of people on earth, having criticised and eventually found practical, endorsed. This is what culture is all about, a continuous intercourse of ideas, concepts and creativities!

My culture is anything that redeems my identity, not the primitive emblems that reduce and mock my intellectual and artistic abilities. I’m open to influences that can redeem my humanity. I accept the education introduced by the Whiteman just as I accept the religion introduced to Africa by the Arabs. I accept to learn English Language to ease my academic pursuits in this anglophone entity just as I study Arabic Language to understand my Islamic faith. Doing so does not mean that I have lost pride in my African being, it doesn’t mean I have lost my pride in being a black man. It just means that they are valuable for assimilating the evolving culture. It doesn’t make Englishmen and Arabs more important than the black race. It doesn’t make English and Arabic more important than my mother-tongue. Our culture is now defined by all the things we domesticated from the zoos of alien creations!

It is however unfortunate to see heavily influenced Africans screaming “this is not African!” in a market-square of foreign concepts. You lack the moral rights to decide what is or is not African unless you renounce your “foreign” religion-channelled worldviews.

The other day a non-Muslim friend of mine saw a Muslim lady dressed in hijab, and asked to know why she would be so dressed in that hot afternoon. Ironically he was a clear definition of what puzzled him, being also dressed in three-piece suit which was way thicker! “Why are you dressed in suit in this heat?” I asked. “I’m just returning from the office!” He said. I replied, “You wear yours in fear of your boss, she wears hers in fear of her God. And she has her brains to choose a culture or life that comforts her.” The worse contradictions were the reactions of some Igbo Christians to the recent conversion of an Igbo monarch to Islam, which to them was  against the culture of the Igbo – when did Christianity become the culture of the Igbo? Amadioha must not hear this!

Civilisation is not built by our nostalgias and histories alone, but in our criticisms of identified drawbacks and letting go of them. Modern African culture must not be a romancisation of the simply old and dated. Certain things are more useful in museums and history books. The irony is, even our fabrics which we wear like testimonials of accomplishments to international events or foreign trips were either produced in the countries – or with machines manufactured in the countries – we seek to intimidate with what we mistake for our inventions. The last time I checked, even what we refer to as African wax was actually started in Indonesia by English and Dutch merchants. May God save us from us!