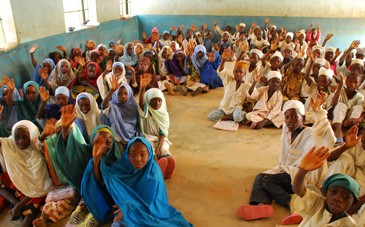 EDUCATION ON THE VERGE OF COLLAPSE

I am staunchly disgruntled using this medium to express the grievances of the helpless Nigerian Students whom are victim of the vicious sting of ASUU STRIKE according to John Clark a renounced Poet who wrote about “Abiku” in one of his works He wrote:

Why not stay under baobao tree

If Indoor is not enough for you

Though it leak through the thrash……….”

The above stanza Juxtaposed the negative effect of ASUU on the generality of Nigerian Students, because in the ancient days “Abiku” was a metaphysical spirit that terminate pregrenancy and aided earlier graves of teenagers. This is also applicable to the same ASUU STRIKE of today, the academic calendar of Nigerian Student has been truncated, delayance has married our duration on campus, The genius are unencouraged, while the dullard are unmotivated these will never improve the Nation manpower expected from the Nigerian University Annually.

NANS “National Association of Nigerian Students” has being the Motherbody for all students in Nigeria, this is the reason why we vested all our trust in their hands, the intellectual arsenal of Nigerian Students were left in their custody to monitor, but it so sympathetic that we are highly disappointment in some of the utterances of our leadership that holds no indefatigable stand against this contemporary topic of discussion. With upmost sincerity I will like to state it here categorically that NANS leadership has failed to challenge the F.G on our fundamental right which has been stampeded since inception. We have right to free education but none was awarded to us. The followerships of NANS were also incapacitated to query the incompetency of the leadership because many are ignorant of their right talk less of their responsibility. Contentious ignorance has eaten deep into the so called Unionism of today therefore what we experience is disappointment upon failure.

Gone are the days of Comrade Segun Okeowo who led the first Nigerian Student revolutionary protest against obnoxious policy of the Government; After that hall mark achievement, none of his predecessors has embark on such bold step at least to agitate for our rights in the hand of the Oppressors.

The only palatable and audible language the Federal Government listen to it “STRIKE” this is the reason why we can’t blame ASUU as a body, if the causes of a malady is known then the remedy should be obvious. I would suggest that NANS National body should Declare a week Nationwide protest against the unmerciful federal government who find joy watching us suffering and living a wretched life avoided by their children and wards.

The National economy should be held to ransom and we should all bear the irrevocable loss together, because if we neglect the truth we shall be held responsible for being a coward or traitor when posterity will judge.

F.G should resolve with ASUU

Our academic calendar is truncated,

Our duration is delayed.

We can’t bear it any longer.

No amnesty for injustice.

NANS, let awake the giant in us.

The above is a text of a press statement issued by NANS Ogun JCC Chairman elect. (Com. Falola Ahmed)