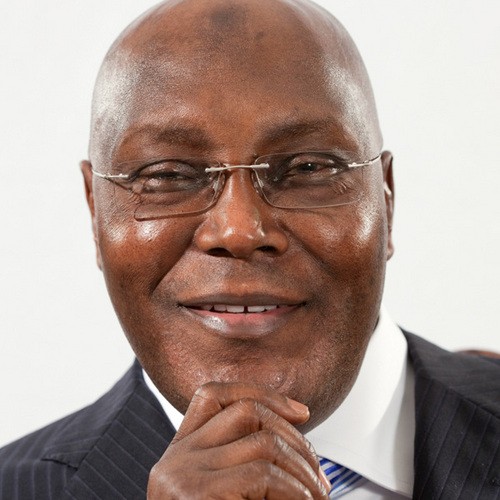 The buzz over last week’s registration of two political parties by the Independent  National Electoral Commission (INEC)  has continued to dot the political space. The two parties are the Peoples Democratic Movement (PDM) and the Independent Democrats (ID).

Understandably, the registration of the parties especially the PDM has attracted huge dust and attention in several circles because of the shadows presumed to be behind them. Former Vice President  Atiku Abubakar and nine serving governors of the Peoples Democratic Party (PDP) are reported to be the stalwarts that floated the party.

Although  Atiku’s media aide, Shehu Garba, dissociated his boss from the party, insisting that he remains in PDP, the speculation that the new party belongs to Atiku has  continued to spread. The situation is not helped by the fact that Garba›s denial was half-hearted. He said hours after INEC announced the birth of the new parties that his boss “will always welcome the expansion of the political space to accommodate all shades of opinion or political hue.”

The confusion over the new parties started from INEC.  The Chief Press Secretary (CPS) to INEC Chairman, Kayode Idowu, had profusely denied the report of registration of any political party.
Although he admitted that INEC had received applications from over 10 political groups for registration as political parties, he claimed that the commission was still processing the documents submitted by the groups.

He noted  that the electoral body would not fail to register any one that meets its requirements for registration, stressing that the commission would also not hesitate to turn down the request of any one that fails to do so.

He said: “Registration of new political parties has been an ongoing thing in the commission. We have currently received and are processing the applications of over 10 political groups that have requested to be registered as political parties.

“Right now, the commission is still going through their documents and if we deem them fit to operate as political parties, they will be issued with certificates of registration.”
But Idowu had hardly finished saying that when the commission issued a statement announcing that it had registered two parties. The statement was issued and signed by the commission’s Secretary, Mrs. Chinwe Ogakwu. It  said: “INEC has registered two new political parties in accordance with the provisions of the 1999 Constitution (as amended) and the Electoral Act 2010 (as amended).

“The constitution, manifesto, logo/flag and list of National Executive Officers of each party have also been approved by the Commission”.
It is easy to decipher why many easily fingered Atiku for the registration of PDM. Although PDM was founded by the late Shehu Yar’Adua, the former Vice President has been one of the major financiers of the group years before he ascended the top office as President Olusegun Obasanjo’s vice. He got the group to fuse with the Peoples Democratic Party(PDP) in 1998.

While in government, his main allies were chieftains of the movement. Some of them still followed him to Action Congress of Nigeria (ACN), a platform he contested and lost the 2007 presidential election. His defection to the party followed his battles with his boss who accused him of disloyalty.
Atiku later returned to the PDP and contested the party’s presidential ticket in 2011. However, he is yet to find his footing in the ruling party. Painfully, this is happening when his eyes are still fixed on vying for the presidency in 2015.

Going by this, there is justification for his linkage to the registration of PDM. But it  is difficult , at least for now, to pin PDM on the former vice president. Instead, fingers are pointing in the direction of  loyalists of late Chief of Staff during the military regime of Gen. Olusegun Obasanjo, Gen. Shehu Yar’ Adua, who have applied to the commission for the registration of the late general’s political group, Peoples’ Democratic Movement (PDM).

Senator Kanti Bello told Daily Sun that “the media are not looking straight. They have been making wrong assumptions but very soon, they will know all the truth about PDM.”

The outspoken lawmaker explained that those behind the new party have been meeting in the last two years and boasted that the party will soon eclipse PDP.

“I think it is better we wait and see what will happen in the next couple of weeks and months. There are several people who helped to form and raise PDP to where it is today but who have been pushed out by people who never knew anything about the formation of the party. These people who have been marginalized in PDP are coming to take over PDM”.

He didn’t name those he claimed have been pushed out of PDP, neither did he set the time frame when the new party is expected to take over the nation’s political space.
However, PDP chieftains are not keeping mum over the boast of PDM facilitators to run them out of the corridors of power in a near distant time. The ruling party is shrugging off the claims. For instance,  Oladimaeji Fabiyi, PDP’s former  aspirant for National Secretary  argued that the new party was not in a shape to pose any threat to PDP  in 2015.

He said PDM can be credited to be one of the forces behind the evolution of PDP, appreciating the electoral commission, INEC for thinking it wise to register new parties . He contended that “it will widen the horizon of Nigeria’s political landscape in pursuit of excellent political and democratic systems”.
Fabiyi is among political actors who believe that it is wrong for Atiku to wash his hands off the new party. His argument is based on the fact that the former Vice President has always been the face of PDM.

He said: “Atiku really cannot dissociate himself from PDM, I am not talking in terms of being the one who is floating the party now, but because you will agree with me now, that he was a very strong member of that group at that time, that is before 1999; you will recall that PDM is the political machinery of the former late Shehu Musa Yar’ Adua and a host of others.

So, if he says people can decide to change political parties but he remains with PDP, then I believe him”.
Fabiyi may be speaking out of self conviction that PDP is unlikely to worry much about the coming on board of PDP. He may have based his argument on the understanding of the political values of elements behind the new party. However, not a few Nigerians are likely to puncture his views and even accuse him of merely grandstanding. Such reaction is inspired by what is currently happening in the fold of PDP. The ruling party has been grappling with simmering battles on different fronts. The fights are being waged by its leaders, a development that is unarguably threatening its stability and encouraging predictions of a possible implosion before the next poll.

Agreed that such damming predictions had in the past been made about the party but later failed to see the light of the day, the current scenario is, to some extent different from the shape of things in the party in the past. Some governors have vowed to wrest the party to the ground unless its national chairman, Bamanga Tukur is shoved aside. Several peace talks initiated and supervised by President Goodluck Jonathan, the leader of the party, have not yielded desired results.

The implication of that is the possible decamping of the PDP governors and several other gladiators to the new party if the situation remains foggy before the 2015 election.

To a large extent, there is doubt if most of the governors waging war against the PDP can be placated. The reason is that their fight has more to do with their 2015 ambitions than other factors which they are flaunting right now.

A PDP chieftain in Ebonyi State captured the situation in the party this way: “there are people who have hidden agenda but who are bidding under some reasons to ferment troubles in the party; these people cannot be placated. It is good that Mr President is doing everything to reconcile them with the National Chairman. What I know is that they cannot be bigger than the party”.
Apart from PDP, the newly registered All Progressives Congress (APC) is also sitting on the edge over the coming on stream of PDM.  The party, from all indication was taking unawares by the registration of PDM. Its calculation and permutation have been that PDP governors and members who are at war with the ruling party will decamp to APC.

For instance, Chief Tony Momoh, member of defunct Congress for Progressive Change (CPC) and one of the leaders of APC said recently that his party is waiting in the wings to receive estranged PDP governors. He said in an interview with Sunday Sun,” just wait and see what will happen in few months to come. Many PDP governors are coming to our great party. PDP will soon become a minority in the National Assembly. PDP will be an opposition party very soon”.

Some PDP stalwarts are going to chuckle at Momoh’s prediction. In fact, Fabiyi dismissed it as a day dream which does not deserve an attention. He claimed that APC has no compelling agenda which would attract the sympathy of Nigerians.

He agreed that there is space for APC and PDM in the political arena but  emphasised that what matters are the agenda and the ideology which he argued  the APC does not possess. He submitted that in a few months, it will be known if the APC has the political strength to achieve their aim of power control.
Sure, he has a right to defend his party and pilloried opponents, but next few months will tell whether PDM can be taken seriously or not. By then, the mask covering faces of those behind the new party would have been taken off.