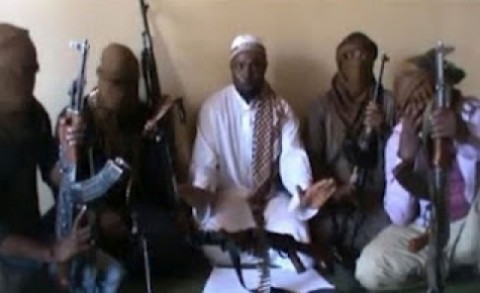 Quite amusing. The almighty United States recently closed 19 embassies in the Middle East and Africa after getting wind of impending Al Qaeda attacks. Many Western countries followed suit. I find it very amusing because if such a precautionary measure had been taken by the Nigerian government, we would have been slating President Goodluck Jonathan for being “weak” and “incompetent”. We would have reminded him of the billions of naira we have spent on security. The US has spent trillions of dollars on the anti-terror war but everybody knows we are nowhere near the end of it.

When I heard that the US was setting up direct negotiations with the Taliban in order to end the bloodshed in Afghanistan, I remembered how we have always derided our own efforts at dialogue with, and amnesty for, our own Taliban, a.k.a. Boko Haram. The opinion of many Nigerians, especially Southerners, is that we should just roll out the tanks and Boko Haram would disappear. I once saw a cartoon where US President Barack Obama was quoted as saying “we will find the terrorists and bring them to justice” while Jonathan was portrayed as saying “we will find the terrorists and give them amnesty”. Very funny.

After spending trillions on the anti-terror war and losing thousands of soldiers in Iraq and Afghanistan, the US is finally coming to terms with the reality that the war against terror is far from over, despite eliminating many top Al Qaeda operatives, including notably Osama bin Laden.  Nigerians who like citing the US as the perfect country often keep quiet at moments like these. They simply look away. The fact, if we want to be sincere without playing politics, is that the war against terror is one of the most difficult to prosecute. There is yet no magic formula.

But the Nigerian government could be daft, you know. Five days after the military launched the operation to dislodge the insurgents from their Borno camps, the government gleefully announced to the world that we had won the war against terror. Anyone with half a brain knows that no country defeats terrorism in one week. Countries such as Pakistan, India and the Philippines have been battling this menace for decades. It is instructive that Boko Haram has launched more attacks, notably on a secondary school in Yobe and a beer garden in Kano, despite all the claims to victory by the government.

The easiest part of the anti-terror war, I insist, is the territorial battle, which the Nigerian military is obviously winning. The most difficult part is winning the “inland” and “mind” battles. “Inland” battles have many parts – terrorists living in densely populated areas and making IEDs inside their kitchens; security agents sympathetic to their cause and sabotaging anti-terror operations; and politicians adopting the Boko Haram franchise for selfish gain. The “mind” battles centre essentially on the dangerous doctrines being preached by clerics to radicalise youths. These are very difficult battles to fight which no one can proclaim victory after five days.

The biggest driver of terrorism is extremism. In every religion, there are different gradients of belief –mild, moderate, liberal, extreme, etc. Every religion has its fundamentalists. But a major difference is that while some fundamentalists employ violence as a way of enforcing their views, others choose the route of discrimination. Now, how can we contain this religious hate in Nigeria in the face of the Boko Haram insurgency? How can we make sure it doesn’t spread to more states? How may we wage the war in a lasting way?

I have dozens of suggestions, but I consider four to be urgent and workable for now. The first is already being implemented – that is, military action to root out the die-hard militants who refuse to surrender. The second is amnesty – a loose word to rein in repentant members of the sect. Many former militants have now constituted themselves into “civilian JTF” and are helping the military to contain the sect, especially in Borno State. For me, any member of the sect who is ready to surrender should be given amnesty and rehabilitated. Those who refuse to surrender deserve no mercy, in my opinion.

My third suggestion is that all of us – Christians, Muslims and others – must begin to see extremists as a different group of people who are a threat to everybody, including Muslims. There is a very wrong and offensive notion that every Muslim is a terrorist or a supporter of terrorism. These extremists operate in a way that any Muslim who does not share their interpretation of the scriptures is automatically an enemy who should be isolated and crushed. It is one fact that is very difficult for Christians to accept, but the absolute truth is that Boko Haram targets Muslims. Many clerics in Northern Nigeria have been trailed from the mosques to their homes and killed in front of their wives and children simply because they preached against Boko Haram. That is a fact.

My fourth suggestion is that Muslims must begin to take their religion back from these extremists. That is the ultimate battle for the mind. There are an estimated 1.2 billion Muslims in the world. Those who subscribe to terrorism or carry out terrorist acts are probably not up to 5 per cent of the Muslim population. How can we then judge the majority by the action of a tiny minority who have twisted minds? I have had long discussions with Muslims who are genuinely embarrassed by the activities of these chaps. It is unfair and unhelpful to lump all Muslims together and thereby lose their critical support in this war against fundamentalism.

Recently, I read an interview granted by Ehsan ul-Haq, former head of the Inter-Services Intelligence Directorate (ISI) of Pakistan. He gave a lot of insight into how to fight terror. He said: “First of all, you need a comprehensive national strategy… This comprehensive national strategy must be overarchingly a political strategy. It may have other components; for example, it must have a media component, an information component, a political component, an economic component and of course a military component. But mere use of military force will not solve the problem. It has to be a comprehensive strategy encompassing all the aspects.

“And above all, if the terrorism is based on an ideology, then most critically it’ll be important to address the narrative of that ideology. In which case, you have to develop a counter-narrative or an alternate narrative to persuade people away from the narrative which they are pursuing… So, you have to develop an alternate narrative based on the true and real message of Islam, for which you would need highly enlightened and educated scholars, particularly religious scholars. It is very important not to cede the religious platform to the extremists and the terrorists. The state and its institutions must fight this on the religious platform.”
I hope wisdom will eventually prevail in this war.