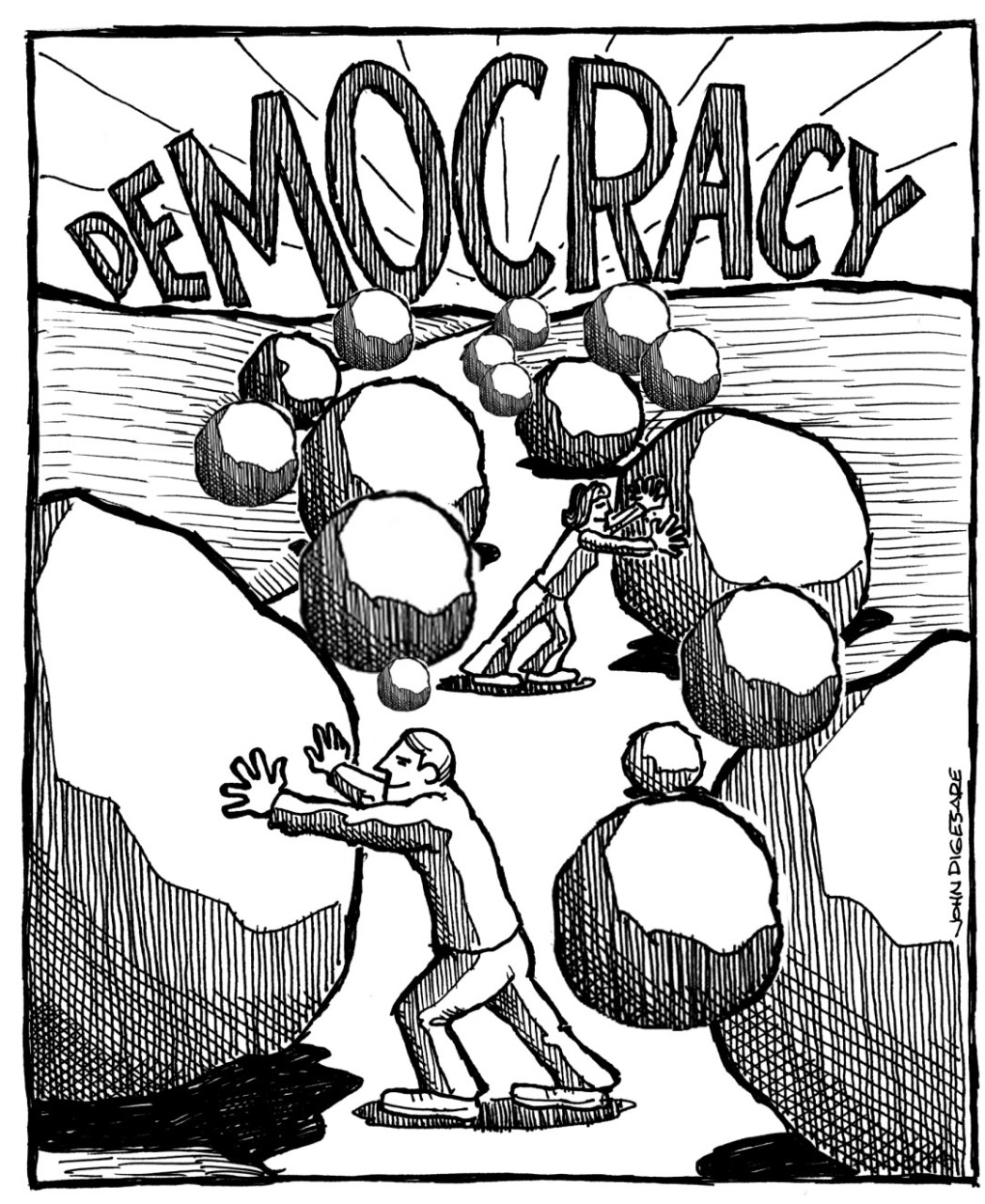 There is a patience of the wild that holds motionless for endless hours, the police constable at an illicit checkpoint, the kidnapper in his lair, the assassin in his ambuscade and the public officer on his perch – this patience belongs primarily to the predator while it hunts its prey.

Today however, a terrifying thing has happened; of the ubiquitous prey, a more frightening ogre has evolved: the contemporary Nigerian youth. And by his emergence, we suffer a throwback to the most terrifying of humanity’s savage past. His emergence portends a physical and mental conundrum of sort; the consequence is seen and felt all about us.

Oftentimes, it manifests in uncontrollable spasms that have seen us bury our best and elevate our worst in abject negation of the cycle of the universe and morality. But who needs morals in a nation where fair is foul and foul is fair?

Today, the Nigerian youth live through each day hardly contemplating or criticizing their living conditions. They find themselves born into dehumanizing squalor or somewhat indecent circumstances and they accept such sordidness as their fate – thus they exhibit no conscious effort to better their lot.

Almost as impulsively as the beasts of the wild, they seek the satisfaction of the needs of the moment, without much forethought that by sufficient endeavour, they just might improve their living conditions.

However, a certain percentage of the nation’s youth guided by personal ambition; consciously strive in thought and will, to attain more privileged status that remains the exclusive preserve of more fortunate members of the society. But these very few hardly worry to secure for all, the advantages which they seek for themselves. This explains the number of self-seeking and treacherous ‘human rights activists,’ ‘women’s rights activists,’ journalists and columnists parading our streets.

Very few men are indeed capable of that kind of love that drives martyrs to persistently rebel against glaring social evils in the interest of less fortunate members of the society. But there exists a few however, that are truly bothered by the impoverishment of their fellow citizens regardless of any jeopardy it might attract to them personally.

These few, driven by compassion tirelessly seek, first in thought and then in action, for some way of escape; some new system of society by which life may become richer and devoid of escapable evils that mars the present. But surprisingly, such men oftentimes fail to win the support of the very victims of the injustices they wish to fight.

More unfortunate sections of the Nigerian youth are hopelessly ignorant, apathetic from excess of toil and disillusionment, apprehensive through the imminent danger of chastisement by the holders of power, and morally defective owing to the loss of self-respect resulting from their degradation. To excite among such youth any conscious quest to improve the status quo proves basically a hopeless task, as antecedents of such efforts have proven.

Hence despite our claims to modernity, higher education, sophistication and relative rise in the standard of comfort among the youth and wage-earners in the country, the Nigerian society or youth to be precise, have failed woefully to achieve better living conditions and a better society even in the throes of rising demand for more radical intervention and reconstruction of the social order.

It is no surprise however that the nation’s youth has persistently proved a dismal failure. And the reasons are hardly far-fetched: the Nigerian youth has a problem with differentiating between appropriate and inappropriate political behaviour.  That is why the nation’s democratic experiment like any other system of governance practicable by us was doomed from the start.

What exactly has democracy offered? A 4-1-9 progressive plan that booms circumspectly like it had been doctored as part of a cold-war era propagandist scheme? But despite our self-righteousness and persistent cynicism with the current order, we really cannot explore a more worthy alternative than what we have now. The average Nigerian can’t bear to be led by a truly honest, visionary and accountable leadership. That explains why we opted for the incumbent leadership.

It’s the way we are programmed to live. I’d say we possess an overwhelming and oft-convincing inclination to self-destruct, thus our lack of a coherent and defensible political ideology essential to the evolution of a progressive leadership and state.

The average Nigerian is no more electable than the leadership he endures yet he loves to speak truth to power even as he functions simultaneously to smother his own voice in the riotous gabble of his exultation of the same ruling class whose eradication he claims to pursue. No matter who is elected, the demographic and economic realities of Nigeria will persist, and there is a very limited range of politically-viable solutions for dealing with them.

No man; be he a distinguished columnist, lawyer, soldier, or public officer in any office can command the tides of history. The few that appear to have done so–the Napoleon’s, Caesar’s, Hitler’s–were really nothing more than the most capable at making it appear that they command the tides, when in fact they were simply skimming along with them.

There is an urgent need for the Nigerian youth to consciously evolve in thought and will, in pursuit of a more balanced social order. Such conscious evolution can only be achieved by a re-orientation in scholarship and purification of thought and action.

The foundations of scholarship and knowledge must be clinically reconstructed to guarantee more progressive responses to internal problems of work and wages, families and homes, of morals and the true value of life. These problems must be resolvable by an average youth by reason of his constitution and exposure. This informs a greater need for study and thought and an appeal to the rich experience of past and current mistakes in the journey towards the avoidance and reduction to the barest minimum of future foibles.

The answer to Nigeria’s widening income and social gap – which has so far manifested in preventable crises and persistent state of insecurity – is to found an educational process geared to steer successfully, the commonplace trains of thought away from the dilettante and the fool stereotype.

It’s about time poor, struggling members of the nation’s working class learned to scorn the maxim that holds that if their stomachs be full, it matters little about their brains; the paths to stable peace and security winds between honest toil and dignified manhood. That proverbial better society that we seek calls for the guidance of skilled thinkers, the loving, reverent comradeship between the low income earners and ambitious middle class emancipated by training and culture.

Such human elements would no doubt be conscious of the fact that not even the sustenance of oil subsidy, higher wages and a fairer economic system could protect its members from the usual handicaps and monstrosity constituted by the incumbent and predatory ruling class.

Hence they would be able to understand that such social enterprise and gesture towards change must be mooted and achieved by the youth themselves in further substantiation of their capacities to assimilate the culture and common sense of modern civilization, and to pass it on, to some extent at least, to posterity.