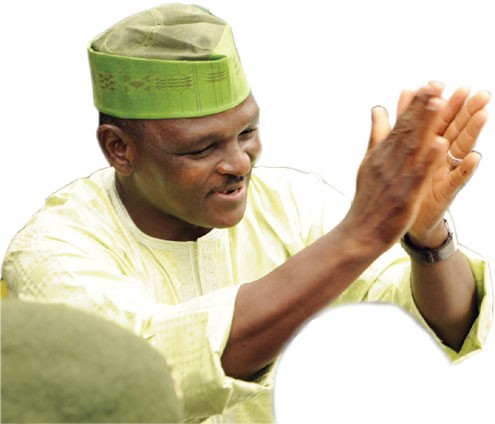 Nigeria’s democracy is growing; but painfully and slowly. Since 1999, we have organised three national elections; no matter how flawed those elections were, we did not take up arms against ourselves; at least on a national scale. We stopped the bid for life presidency by Olusegun Obasanjo and, by so doing, gave notice to would-be life presidents. We also resisted attempts to scuttle constitutional succession at the Presidency following the death of an elected president, and secured a precedent through Goodluck Jonathan.  But regrettably, that transition did not happen as a matter of course.  At sub-national levels, we have seen governors who were rigged out of flawed elections reclaim their mandates through the judiciary. Even an abducted governor was “rescued” by public outcry and the willingness of Nigerians and the press to remain steadfast for justice and the rule of law. Incumbent governors have been voted out of office. We have also seen a fair dose of legislative indiscretions contained. But, our war on corruption has, sadly, yet to start.

As part of the frustratingly slow baby steps in our democratic advancement, we are currently involved in constitution amendment. Through the so-called peoples’ representatives, we are tweaking a false constitution authored by the military and handed down to Nigerians as if it emanated from “We the People”. That process, no matter how flawed and how much it reveals of the structurally defective federation we are operating, provides a learning and “teachable moment” for a healthy national conversation, now and perhaps, more importantly, later.

Conceivably, more than all these, we have seen a few isolated signs of intellectual awakening to our experience with democracy. For example, once in a while, we have seen politicians or actors in the political or public arena write a treatise on their experience in service or in power. I am not talking about governors who rent pliable journalists to scribble their praises and recklessly and corruptibly lavish public funds “launching” tissues of self-glorification in the disguise of books. I have in mind publications such as Nasir el-Rufai’s “The Accidental Public Servant” and Dr. Ngozi Okonjo-Iweala’s “Reforming the Unreformable”. These two I have read. I suspect that there may be a few others of some intellectual merit that I have yet to read. This opinion is not another review of el-Rufai’s book.  I am interested in the significance of such initiatives for Nigeria’s democratic progress. But a bit about the book may be helpful.

The “Accidental Public Servant”, to me, is therefore an unfiltered account of the anatomy and overall inner workings of the Obasanjo administration. It provides a close-range mirror of the Obasanjo persona like no other.  El-Rufai’s book offers a “Because-I-am-Involved” account of the forces behind the privatisation of Nigeria’s prime public corporations and the role of politicians and their agents in a process that was highly contentious as it was controversial for the most part. Perhaps, only a few politicians or public servants (even private sector actors) of note in the Obasanjo administration whose paths crossed with El-Rufai’s in his various official engagements escaped some mention for good or bad in the book. For example, the book provides a sexy representation of aspects of the role of individuals such as Nuhu Ribadu, Okonjo-Iweala, Oby Ezekwesili, Chukwuma Soludo, Mike Adenuga, etc. in specific contexts of the Obasanjo government.

However, it must be noted that el-Rufai has made a significant contribution to Nigeria’s political history by illuminating on the hidden intrigues and cross-currents of Obasanjo’s second coming. His courage and initiative is worthy of commendation. Such projects help grow our democracy.

And that is the challenge which Major Hamza al-Mustapha and all other crucial actors in Nigeria’s public sphere may like to embrace. Like el-Rufai, for those who were adults at the time of the Abacha regime, al-Mustapha needs no introduction. He was one of Abacha’s closest confidants. He was so powerful that not many doubted that he was the de facto next-in-command to the shy and reclusive General. Anyone that came by his approval to the Abacha power chambers had their wish granted. More important than his influence in the Abacha junta, al-Mustapha was said to be in charge of a security outfit called the Strike Force, allegedly used to suppress the restive opposition, especially in the South-West zone, as symbolised by the National Democratic Coalition and its allies for insisting on the sanctity of the 1993 June 12 presidential election believed to have been won by M.K.O. Abiola.

During the Abacha era, there was massive crackdown on the opposition including through targeted assassinations of prominent opposition and prodemocracy leaders, including journalists. It was that period of terror that Alfred Rewane, Kudirat Abiola and others were assassinated. Michael Ibru, the affable publisher of The Guardian Newspaper, was a target of a failed assassination attempt at that eon. Most of these attacks happened in broad day lights conceivably by persons believed to be agents of the government of the day and allegedly under the security directive of Al-Mustapha.  There was also an allegation of a phantom coup that resulted in the trial and convictions of several people, notably, Generals Obasanjo, Oladipo Diya, Abdulkarim Adisa, etc.

Abacha’s sudden death turned the tide dramatically for all prominent actors in his government, including, you guessed it, Al-Mustapha. For almost 15 years, he was a guest of our criminal justice system, defending himself from various charges including conspiracies to commit murder.  A star witness (Sgt. Rogers) testified that Al-Mustapha provided the weapons and gave the directives for the assassination of Kudirat Abiola, the pro-democracy wife of the late M.KO. Abiola – the arrow head of the June 12 presidential election.  In 2012, Al-Mustapha was convicted (with another) for Mrs.  Abiola’s murder. Until his recent release, al-Mustapha existed at the intersection of freedom and the hangman.   But recently, a Court of Appeal sitting in Lagos spared him from the hangman and declared him free. Expectedly, his release by the judiciary has elicited mixed reactions across the country. He has made a heroic and triumphant return to his native Kano, and he seems to have hit the ground running into limelight; and even appears ready to rattle the polity by the suggestive steps he has taken so far.

But how best could al-Mustapha make his freedom count? Not many that walked al-Mustapha’s kind of “long walk to freedom” get an opportunity for redemption that is now his pleasure and his burden.  He was a prominent figure in Nigeria’s political transition from Babangida to the second coming of Obasanjo. That point in our political history where he became a visible actor was one of the most critical to our national survival. He knows all the actors at a time when Nigeria was on the edge of the precipice. He can make his freedom count by assisting us to unravel what actually happened to Abiola. and to shed light on all the post June 12 political engineering and manipulations.

He could assist us to truly understand the anatomy and the overall psychology of the Abacha administration and the Abacha enigma. Al-Mustapha could help put in context all the actors that bestrode Nigeria’s political firmament during the Abacha days. If he feels a personal burden to make a case for his innocence before the Nigerian people, he surely has the chance. Truly, his countrymen would like to hear from him now that he has the chance. Could it be possible that he had all along been misunderstood as he often insinuates? If only he could shun all the evident political pressures following his release. Before he gets things all mangled by the crooked ways of politics to which he is being dragged, al-Mustapha should write us a treatise that would help illuminate the darkest tunnels of our political journey. As Chinua Achebe said, if we do not know where and when the rain started falling on us, it is hard to realise where and when and it stopped.

Al-Mustapha, please write for us “The Accidental Military Politician” with as much courage if not more than el-Rufai’s “The Accidental Public Servant”. You can make a difference.  By so doing, you contribute to the growth of our democracy, cultivate the rule of law, help heal wounds and bring closure to many and contribute to nation-building. These are the kinds of stuff patriots do. For you, they could be redemptive.

– Oguamanam, an Associate Professor of Law, wrote in from Ottawa, Canada.