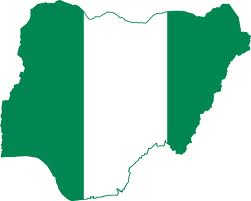 It is with great enthusiasm and unbridled sobriety that I decided to write on this piece that is of uttermost importance to the welfare and growth of our society and the nation at large especially as Nigeria clocks another year. Today, I should be quoted to have said that our land that is watered by the Niger and Benue between the sandy wastes and the gulf of guinea, washed by the mighty Atlantic is an arena for the breeding of creatures called the Big Daddies. They are the Leaders who practice a brand of politics that goes beyond the greed for lucre. The bad they do is never lost, each bad act takes root, and every bit of bad they sow, in time will bear its fruits. So I pray to God. How far you go in life depends on your being tender with the young, compassionate with the aged, sympathetic with the striving, and tolerant of the weak and strong, because someday in your life you will have been all of these. This to them is never a food of thought. Even the law they operate with doesn’t guarantee happiness, only the pursuit of it. You have to catch up with it yourself.

I was moved to tears when I and my fellow colleagues were denied visas sometimes ago by the Austrian Embassy in Abuja, Nigeria. We were on our way to represent the country in the Williem c. Arbitration Moot Competition organized for college and faculties of law throughout the world. We already spent money on the visa and submission of memorials.  Infact we already got pairing as to the Universities we would be meeting on the event days. Our Visas were denied all because we were from poor backgrounds and that our parents do not have what it takes should in case we run away. This is embarrassing and degrading. It was hell seeing this reason.

I could not hold back the tears even though I was pacified by my coach to stop. This is the same embarrassment every Nigerian gets when they intend stepping outside the chores of this country. Do this people get the same treatment from us? The big daddies would answer the big question because they control our affairs both national and international. I know as a matter of fact that they do not get same treatment rather we celebrate their migration to our father land.  The
labour of our fore fathers have been put to vain as some set of people in a generation have turned every plan upside down to the extent that countries that are not up to our country are doing perfectly well than us. The problem with Nigeria is leadership. The crop of leaders we
have lacked the strength, the knowledge and the will to lead us but yet they ruled and are still ruling us. They consult not our fears, our hopes and our dreams.  They think not about our frustrations, and also about our unfulfilled potential. They concern their selves not with what we tried and failed in, but with what it is still possible for them to do to exploit us. They converted the toiling and labour of our parents to their personal farms and earn more money. They tried bringing to our door step unmerited agendas that would prolong their stay in office but they failed.

Recently another agenda as resurfaced from their baby but it would fail because it is not for our benefit. Some of them give cheap testimony in court recently and make us all look foolish. They killed and murdered our great leaders claiming they were obeying their bigger daddy’s orders and want us to forgive them. They killed for fun forgetting the commandment of God that thou shall not kill. They also move helter and skelter from one political party to the other to secure their way to the rock house but they fail and would continue to fail. They came back from prison recently and they were still celebrated by friends and foes that can do worse than they’ve done. They wear white attires and keep white beards and represent our interest among other African countries. They spent few months in government and handed over power after looting our treasury.

Recently they celebrated their birthday and they were still referred to as the symbol of peace and unity in Nigeria. They have forgotten the seed of trauma they planted in our life on the 12th day of June, 1993. Some of them even passed a resolution that 50million US dollars should be used to celebrate the birthday of the world president. I laugh because they have misplaced priorities. This was the same President that visited Ghana and left the giant of Africa all because of lack of proper governance as claimed. This same country in their embassy subject Nigerians to torture of the mind all because they want to travel to their country. When one of our daddies got to the acclaimed white house for a visit, he said it was a dream come through entering the house rather than discussing issues that would make the country go forward. What a way of saying thank you for the torture melted on their children. They make our roads swallow our flesh all because they have refused to be tarred. Our water and power system is nothing but a complete definition of the word ‘epileptic”.

They cannot be emulated because they are vision less and would continue to regenerate themselves in brazen corruption, imperialism and insecurity. During election, instead of them to campaign to us they prefer giving us guns and matchets as gifts so that we can steal ballot boxes for them. After election, they would never ask us to return the dangerous materials back. As thus, we become master rogues and our destiny changed. The big daddies are just too wonderful to be called destroyers of hope. They smile with a mind that is as treacherous as that of a snake. They do not rush their things but make haste slowly to disrupt the toiling of our parents and they say it is
‘tax’.  Surely there is a tally sheet in the exchange of small bad deed and there is shared memory, from each person, the assurances of bad things to come.  They have nothing but guns for the hungry that  thinks of nothing but death and dying. They would spend the earth’s fortune harvesting blood from the fields of war and corruption. The last banquet shall be their children’s blood. They must pay the price if they wish to secure the blessing.

They have a wrong idea of what constitutes true happiness. It is not attained through self-gratification, but through fidelity to a worthy purpose. Happiness to them comes from looting. To loot and to loot again is the brave and happy life they desire. What a wasteful life. They act as though comfort and luxury were the chief requirements of life when all that they need to make us really happy is something to be enthusiastic about. Annoyingly, even those who lack the moral justification to whisper among them are screaming on their voices “crucify them”; those who, when they cough, vomit mammoth of grammatical errors in the midst of senseless discourse; those whose actions and in-actions have dragged us several decades behind; those who have exchanged the future of this country with fabulous fat foreign accounts are among those who christened the new Nigerian generation as an hopeless one.

They have forgotten so soon that class is an aura of confidence that is being sure without being cocky. Class has nothing to do with money. Class never runs scared. It is self-discipline and self-knowledge. It’s the sure footedness that comes with having proved you can meet life. We are all equal and people like me who do everything to change my country. I have come to realise like it is said, ‘if nothing is done about anything, things will remain the way they are”.

To my fellow colleague, it is time to rise up for the challenge. To the young fellows of my generation, please don’t and stop asking yourself what Nigeria needs; ask yourself what makes you come alive as a Nigerian. And then go and do that. Because what Nigeria needs are people who have come alive to make her grow and restore her divine glory and not those who finds happiness in looting her treasury.

Let us also bear in mind, that if we are going to amount to anything, our success does not depend upon the brilliancy and the impetuosity with which we take hold, but upon the everlasting and sanctified bull-doggedness with which we hang on after we have taken hold. There’s no easy path to glory. There is no road to fame.

Life, however we may view it, is no simple parlour game; but its prizes call for fighting, for endurance and for grit; for a rugged disposition that will not quit. This is where our glory lies as the younger generation. Fighting for what is ours is the ultimate glory we can boast off. We are not agent of destruction like the big daddies but agent of change.