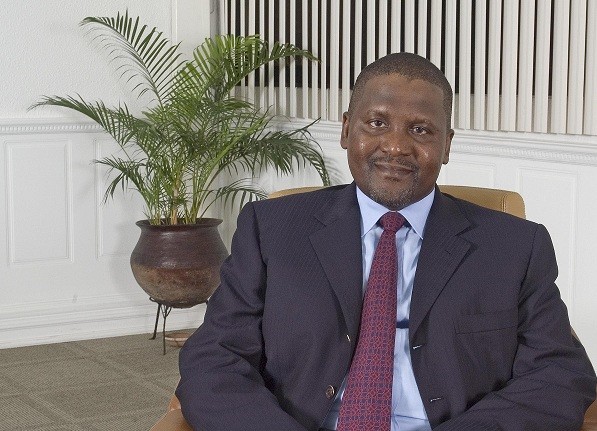 At a public ceremony last week in Kogi State, the Dangote Foundation commenced the disbursement of its N10 billion nationwide grant to poor women and youth. Alhaji Aliko Dangote, the president of the foundation, said at the event that the initiative was a response to the widespread poverty in the country and is aimed at supporting and complementing poverty reduction efforts at different levels. “This is in keeping with the Dangote Foundation’s belief in working through partnerships for effectiveness, scale and impact in tackling the challenges that we face as a nation,” he said.

It is indeed instructive that from a small trading outfit, the humble but shrewd businessman has built the Dangote Group into a conglomerate with expansive and varied interests: from cement, salt, sugar, fish, spaghetti to real estates and refining, and with about 26,000 Nigerians on its payroll. The growth is so phenomenal that he has started setting up branches in many African countries and even beyond.

In several respects, Dangote has been a role model for many of the corporate leaders in our country today. He is a man of vision, driven by a strong passion to achieve results and an equally strong urge to make the requisite difference. And that he has done not only in his personal life but also in the life of the country.

However, what is most outstanding about the businessman is not in setting up trading posts and in making “cheap” billions; it is the fact that he has nerves and is not afraid to take risks. Lately, he has also shown that money making cannot be an end in itself by delving into social entrepreneurship in such a manner as to impact on the downtrodden in our society by giving back in a way that will lift many out of poverty.

There is no doubt that from trading in commodities, Dangote has fundamentally changed the way of doing business, at least in Nigeria, by fully branching into manufacturing, producing almost all the items he used to trade in and by so doing creating thousands of jobs and adding value to the business chain and the society. It is therefore no surprise that the Dangote Group has become the largest publicly-listed industrial conglomerate in West Africa.

Perhaps Dangote’s greatest landmark is the establishment of the Obajana Cement factory in Kogi State, reportedly the largest in sub-Saharan Africa. This is in addition to other plants in the country. The products, some of which are exported to some African countries, have largely moderated the cost of the often highly-demanded commodity. He has taught many in the business world and beyond that there is always a way when there is the will. On completion, his 400,000 capacity refinery project may also save the country from the agony and shame of importing refined petroleum products.

Indeed, Dangote has been a success story in many respects. For instance, as his fortunes ballooned, the entire world took notice. In 2008, his name appeared on Forbes list of billionaires as Nigeria’s richest man with the worth of $3.3billion. Five years later he has grown his fortune six-fold, upped to $20b, and becoming in the process, Africa’s richest and the world’s number 25th.

Dangote, like his heroes and fellow billionaires on the Forbes list – Bill Gates and Warren Buffett – seems determined to leave his mark in solving social problems and binding up the broken-hearted. As co-chairman of the Presidential Committee on Flood Relief and Rehabilitation, he gave plenty of his own money, besides pledging with typical modesty to keep the entire process transparent. Dangote is arguably the most powerful single voice in the country’s economy today. And that comes with plenty of perks and power. We thank him for giving back to society and having a place in his heart for the poor.