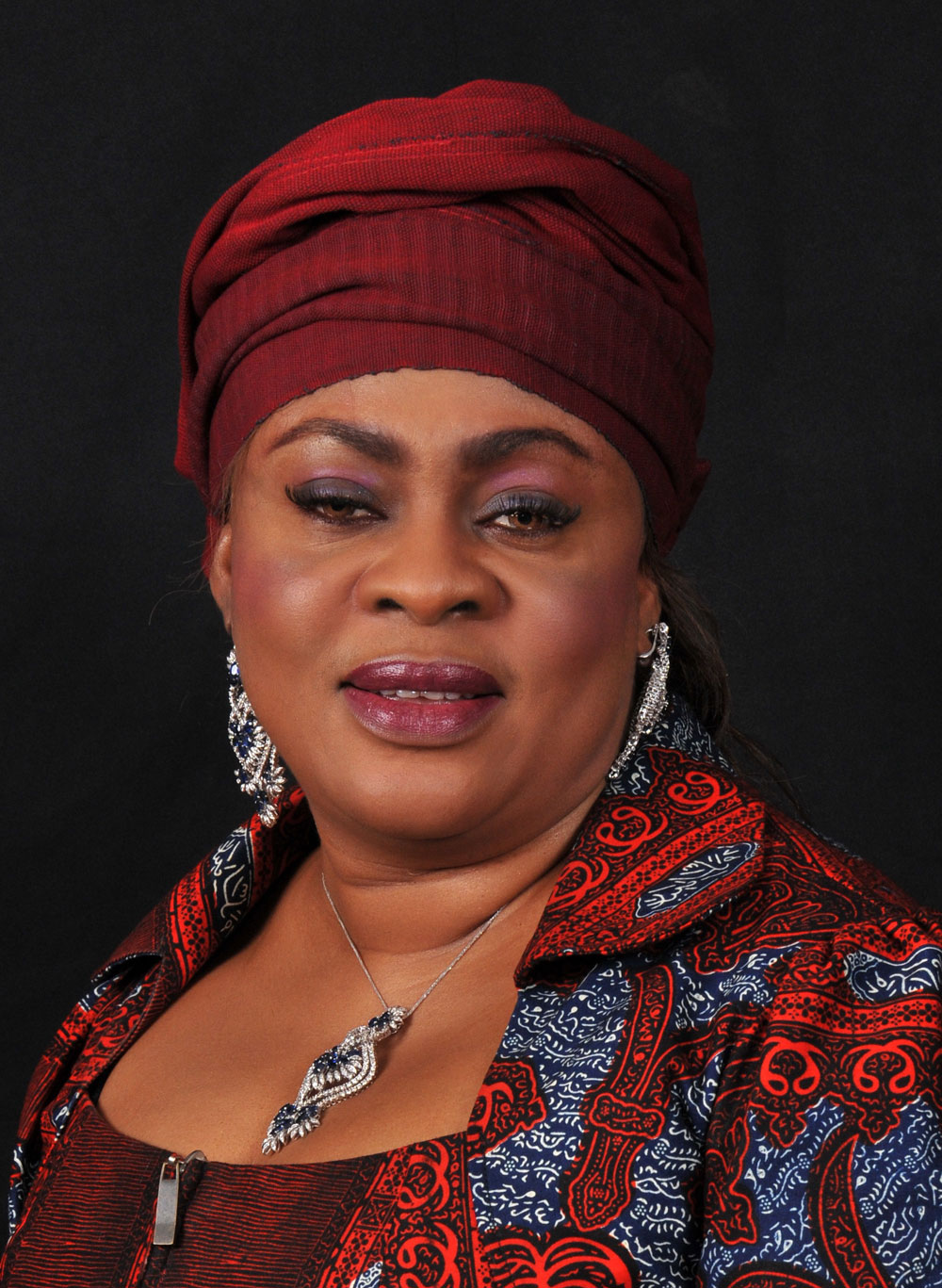 Ms. Stella Oduah, Minister of Aviation, is a bundle of contradictions. In slightly over two years in office, she has superintended over a sector in which one of her key parastatals, the Federal Airports Authority of Nigeria (FAAN), has been locked in a series of court cases with its concessionaires either over the cancellation or non-adherence to the terms of the concessions entered into by FAAN.

In all of these cases, FAAN has been unable to secure a single victory against the plaintiffs or aggrieved parties and has been portrayed as an unlawful corporate citizen, with scant regard for the sanctity of contracts and its refusal to obey the court orders and rulings.

In the same period, Oduah has embarked on an ambitious plan to establish a national carrier, which has raised eyebrows. Although she has defended the move, insisting that the airline will be established under a public-private partnership arrangement, in an era when very few airlines on the continent with ties to the state have managed to remain profitable, it remains to be seen how the minister intends to convince private sector investors to place a bet on Nigeria.

It was not too long ago British businessman Richard Branson set up Virgin Nigeria with some local investors. And although Branson has been uncharacteristically mute about the alleged role his Virgin Atlantic played in the collapse of Virgin Nigeria, it has been convenient for him to place the blame of the airline’s collapse on the federal government (or better still, FAAN). Branson branded Nigerian authorities corrupt and told anyone who cared to listen that FAAN flouted the terms of a letter signed by a former aviation minister Isa Yuguda, which gave Virgin Nigeria permission to operate out of the international wing of the Murtala Muhammad Airport as its regional hub.

Yet, in this same period, Oduah has been one of the few ministers in the Goodluck Jonathan administration who has been lauded and recognised for the work she has done rehabilitating the country’s international and domestic airports. It must be added that in recognition of her efforts, this newspaper gave her the highest score in its annual assessment of members of the federal cabinet at the end of May this year.

Though the quality of finishing at some of the airports, the garish gold plates fitted around the concrete columns at the Nnamdi Azikiwe International Airport, as well as its slippery floor tiles, leave a lot to be desired, it must be said that the airports, which the minister has set her sights on, are a far cry from what they once were.

For instance, the Murtala Muhammad International Airport (MMIA) is one of the 11 airports simultaneously being upgraded and transformed around the country under Oduah’s watch. The international airport, which had become an eyesore and an embarrassment under successive aviation ministers, is being overhauled to a more acceptable terminal that would make travelling a less painful experience for air passengers.

Among the new features at MMIA is the expansion of the A and B wings, as well as the installation of six new conveyor belts, each of which can handle passengers’ luggage from large Boeing 747 aircraft in just 45 minutes, a massive improvement over the old two conveyor belt system that used to take almost two hours from arrival to luggage collection in the past. Other improvements include the increase in immigration counters from 16 to 40 to ease passenger flow and facilitation. There is also the total overhaul of the air conditioning system with the installation of new chillers.

In addition, there are plans to rehabilitate and duplicate the MMIA avio bridges leading to and from the aircraft. Should the minister conclude this project, departing and arriving passengers would be separated, as is the case with other international airports. Security screening points and scanners will also be increased to improve passenger flow through screening points and improve passenger and airport safety.

It is not just MMIA that has been given a face lift, the Benin, Kano and Enugu airports, as well as the General Aviation Terminals (GAT) in Lagos and Abuja have all been revamped to more acceptable standards while work on Owerri, Port Harcourt, Yola, Sokoto, Akure and Ilorin airports is still on going.

In the area of safety, Oduah has keyed into the concerns of the public that airline operators and the regulatory agencies responsible for civil aviation have often compromised safety standards in Nigeria’s airspace. Accordingly, she has ordered that the rehabilitation work at the airports must include airfield lighting that would enable big carriers like Arik Air operate 24 hours a day.

She has also continued where her predecessors left off by ensuring that the Total Radar Coverage of Nigeria (TRACON) project is completed while ensuring that radio communications between the pilots and air traffic control is upgraded through the use of satellite technology. A noteworthy aspect is the migration to area radar, which is a system that enables pilots to communicate directly with destination airports from take off. With its installation, it will reduce the flight time and enable airlines to save fuel. The cost of fueling an aircraft accounts for more than 30 per cent of airlines’ operating cost.

Add to this, the minister’s vision to create the Nigerian Aerotropolis model, which she terms a strategic approach to developing an airport city at and immediately around an international airport, possibly Lagos, that will serve as the multimodal and multifunctional commercial nexus anchoring aviation-enabled trade in goods and services, and driving it throughout the aerotropolis and greater province.

The aerotropolis model is not dissimilar to what exists at the Dubai International Airport, Hong Kong International Airport and London’s Heathrow Airport, with its five terminals and a sixth (Terminal 2) under construction. But for this gargantuan project to take off, it would require serious commitment, planning, massive local and international funding, and private sector involvement, to succeed. How the minister intends to market and commence the aerotropolis project is one area this columnist is keen on monitoring.

Is it any wonder stakeholders in the industry are singing Oduah’s praise from here to the high heavens? Speaking on the minister’s stewardship recently, Mr. Sam Iwuajoku, Chairman/CEO Quits Aviation Centre, a business jet terminal in Lagos, believes the minister’s achievements in aviation in the last two years have been unrivaled. He told this newspaper in a recent interview: “Ms. Stella Oduah has achieved the seemingly impossible in just two years in office. It is amazing how she has been able to upgrade 50 per cent of the airports in the country in one fell swoop, improved the face of aviation and allowed room for entrepreneurship to flourish by encouraging investment in the sector.”

He said without the minister’s determination to improve the aviation sector, Nigeria’s airports would still be in shambles. “In my mind, she has performed meritoriously. Against the odds, she has upgraded more than ten airports simultaneously, a major accomplishment never achieved by other ministers before her. In addition, she is focused on improving safety in aviation and through her fortitude and has created the enabling environment for existing aviation operators and new investors in the sector.

“A key achievement is the removal of duties on imported aircraft spare parts and equipment, which will help to reduce cost in the sector. Another one is encouraging private sector investment which facilitated the construction of Quits Aviation Centre, which boasts an ultra modern hangar operated by Execujet Aviation Group and a state-of-the art terminal for business aircraft,” he added.

Largely, Iwuajoku can hardly be faulted but it would be dangerous for Oduah to let all the praise and accolades get to her head. She cannot afford to rest on her laurels, as there is still so much left undone. FAAN, the Nigerian Civil Aviation Authority (NCAA) and Nigerian Airspace Management Agency (NAMA) need to be professionalised and their operations made free of political interference.

Indeed, one of the areas Oduah has ignored is exploring the possibility of involving the private sector in the ownership and administration of FAAN, as is the case with Heathrow Airport Holdings (formerly British Airports Authority). Right now, FAAN is operating on the fringes of airport infrastructure development, maintenance and operations. It makes most of its money from charging airlines landing fees. But it could be run more efficiently and made commercially viable if it is partly owned by the private sector, which has the capacity to reengineer its ancillary operations within the airports to include retail and property development, as all this aligns with the vision for the aerotropolis model.

In the same breadth, Oduah needs to evolve a more holistic approach to improving domestic airline operations in the country. It is rather confusing when the minister states that she wants to procure new aircraft for operators, an area which her ministry has no business venturing into, given its lack of expertise in aircraft leasing.

What she needs to do is to keep focusing on policies and creating the enabling environment for airlines to thrive through consolidation, keeping costs low and making the airports attractive by eliminating the multiplicity of taxes and fees paid by the airlines, and ensuring that they can raise funds for aircraft acquisition and equipment under concessionary terms.

She has taken a step in the right direction by making sure that aircraft spare parts and equipment are imported duty free. But other policies must be put in place and implemented to elevate the Nigerian aviation sector to the next level.