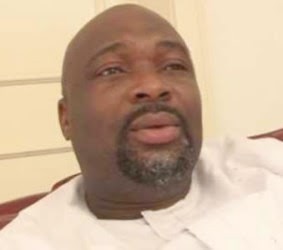 AFTER eight days in police custody, the Majority Leader of the Rivers State House of Assembly, Mr. Chidi Lloyd, on Wednesday, finally appeared before a High Court in Port Harcourt.

Lloyd, arraigned on six counts of attempted murder, conspiracy, assault and malicious damage, arrived at the court about 10.52am accompanied by riot policemen and other security operatives.

Clad in blue attire, the lawmaker limped as he entered the court premises, supported by two unidentified persons.

The offence of the PDP lawmaker, who was reportedly involved in the fracas in the State Assembly on July 9, 2013, the prosecution said, was contrary to Section 320 of the Criminal Code Law, Cap 37 laws of Rivers State of Nigeria 1999.

Lloyd allegedly hit his fellow lawmaker, Mr. Michael Chinda, with a fake mace during a fight at the Assembly chamber.

During the hearing, the prosecution counsel, Mr. Donald De-wigwe (SAN), objected to the state Attorney-General and Commissioner for Justice, Mr. Worgu Boms’ plea to take over the criminal proceeding.

De-wigwe argued that Boms could not take over the court proceedings since there was no proper arraignment of the accused before the court.

De-wigwe said, “Judicially, the argument does not stand. It is not a law of today. The issue is that whether or not there is a criminal proceeding before the court. Until plea is taken, there is still nothing for the attorney-general to takeover.”

Referring to legal authorities to defend his argument, De-wigwe said the attorney-general’s attempt to take over the criminal proceeding of the court was premature.

Boms had earlier noted that Section 211 of the 1999 Constitution, as amended, empowered him to take over the case.

Noting that the measure was necessary in the interest of justice, the Attorney-General insisted that the alleged offence was against the state.

He added, “I stand here by the powers conferred on me by Section 211(1)(b) of the 1999 Constitution to take over the prosecution of the matter between the Commissioner of Police and Chidi Lloyd.”

Also, Lloyd’s lead counsel, Mr. Beluolisa Nwofor (SAN), who objected to the appearance of De-wigwe and other lawyers for the prosecution, explained that as private lawyers, they needed to obtain a fiat from the state Attorney-General to prosecute the matter.

Nwofor said, “I object to De-wigwe’s appearance for prosecution. He is not a police officer, but a private practitioner. The law requires that for a private practitioner to appear in a criminal charge by the Commissioner of Police, he should tender a fiat from the Attorney-General of the state.

“I urge the court to expunge the appearance of all the lawyers announced by the SAN, except J.C.A. Ideachaba, a Superintendent of Police, who filed the information.”

He argued that the letter presented to the court by De-wigwe was not enough as far as the law was concerned.

De-wigwe, however, disagreed saying the state Commissioner of Police initiated the charge not the state Attorney-General.

Justice Nyordee adjourned the case till August 6, 2013 to rule on the submissions of the opposing counsel as it concerned the declaration for a takeover of the criminal proceedings by the Attorney-General.

Meanwhile, there was tight security at the court premises as security operatives frisked all that entered the courtroom.