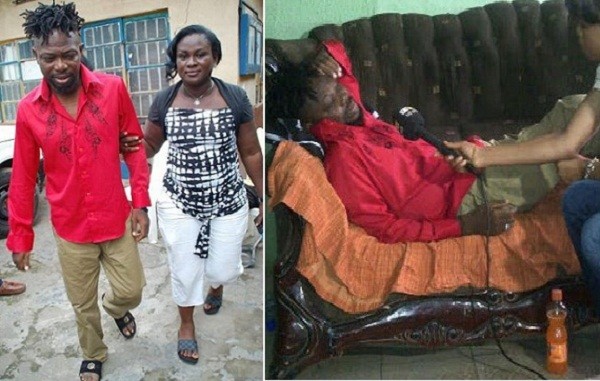 Emerging feelers indicate that ailing music producer and songwriter, Babatunde Okungbowa, aka OJB Jezreel, may be travelling to India for a kidney transplant and treatment in India before the end of this week.

Although the identity of the Indian hospital that will handle the producer’s surgery has not been made known to his numerous fans, our correspondent gathered from close sources that all arrangement, regarding the hospital bills, travel expenses, his feeding and accommodation in the Asian country, has been concluded.

Jezreel was said to have spent the past weeks undergoing dialysis at the Lagos State University Teaching Hospital in Ikeja. Each operation allegedly cost about N90,000 and this excludes the drugs  prescribed for him by the doctors.

A timely donation of $100,000 to the OJB Fund Raising Committee by Governor Rotimi Amaechi of Rivers State, early in July, had finally guaranteed the much-needed trip to India. Amaechi’s kind gesture ended several weeks of anxiety for the relatives, fans, friends, colleagues and well wishers of the producer, who were involved in a campaign to raise the sum of N15m required to cover the expenses for his treatment.

However, the donation put paid to the controversy that had previously sneaked in on members of the fund raising committee and consequently, threatened the progress of the Save-OJB campaign.

… as Vast of Bracket returns

Interestingly, the music industry experienced a surge of relief  as Nwachukwu Ozioko, aka Vast, the member of the Afro Pop group known as Bracket, who was earlier diagnosed with lymphoma, a type of blood cancer and treated in an English hospital in London, returned to Nigeria on Friday, August 16.

The singer’s previous condition had earlier thrown a scare around the Nigerian music industry and left his group in a lurch. In his absence, other artistes and music fans had prayed fervently for his recovery.

Ever since Vast returned, other music stars, including the P-Square, Iyanya, 9ice, Dammy Krane, DJ Jimmy Jatt, have been rejoicing with him on the success of his treatment.

In an interview published online during his convalescence in London, Vast had expressed his gratitude to God for surviving the ailment.

“I’m grateful the cancer was an early discovery, even though it should have been earlier than when it was discovered. It actually took more than three months for Nigerian doctors to discover I had cancer after taking several pain-killers and medicine for headache; we had to fly to London for treatment after it was discovered. We spent a whole lot of money, but we thank God for Life.

“My greatest weapon is God and then training. I train a lot even when I was sick. I discovered that it is one of the biggest weapons to fight sickness. One thing about Cancer is once discovered on time, with the right medication, it will be cured forever,” he said.

The singer had also expressed the optimism that the Bracket, which had been temporarily inactive while he was receiving treatment in London, would bounce back soon.

OJB Jezreel is the third Nigerian artiste to be flown abroad for medical treatment between 2012 and now. Before his case was made public, Nollywood actress, Ngozi Nwosu, who clocked 50 on August 1, had undergone a successful surgery in a London hospital after battling with a kidney ailment for several months.

Nwosu is said to have returned on the set of the popular TV drama series, Fuji House of Commotion.