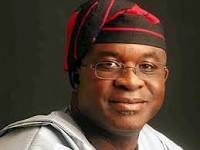 The Senate is a hallowed chamber, the “Upper House” of the National Assembly where wise men and women, distinguished and accomplished, with an uncommon dedication,deliberate and legislate for the good of the country. They risk everything, including their lives for the cause of Nigerian unity, peace, and progress. Beside this dedication, of which some compatriots may mischievously feign ignorance, no one can doubt the significance of the responsibility that is bestowed on the Senate and its leadership for the good governance of the country. And as we know, the fruit of good governance is good and contented citizenry while bad governance yields bad and unhappy citizenry. If only for this reason, then, we must pay careful attention to the words and deeds coming out of this sacred space.

Since its christening as a country almost one hundred years ago, Nigeria has weathered all kinds of political storms and survived, surely with deep and ugly scars, but still standing. Sometimes, this luck that has come our way tends to create a false sense of security and invincibility. We are not and cannot be Yugoslavia or Somalia, we tell ourselves. And certainly, we cannot experience the fate of the former Soviet Union. This is the logic of political hubris.

While a section of the political class has internalised this logic and has been vocal in expressing it and recommending it, I am aware that there are wiser counsels across the board urging caution and open-mindedness in dealing with the fundamental issues that the country must resolve to ensure it doesn’t become another statistics. We have also been inundated with predictions of an ultimate disintegration. We do not avoid such outcomes with assertions of confidence or prayers of the faithful alone. We have to work arduously for a different and desirable outcome.

A major challenge to good governance is the major instrument of governance, the foundation of all instruments, the groundnorm, the document that certifies the union and the shakiness of the ground on which it rests. And it was to the controversy surrounding this fundamental issue that the Senate of the Federal Republic of Nigeria recently decided to contribute its authoritative voice through its President, Senator David Mark.

According to media reports, Senator Mark gave an address at the 53rd Annual General Conference of the Nigerian Bar Association (NBA) in Calabar where he “urged proponents of sovereign national conference to forget it.” His primary reason was that such a conference was not possible “until the section on Constitutional amendment is reviewed.”

Notice that in the above, I placed “sovereign” in parenthesis. It was deliberate to suggest that the issue of the sovereign nature of such a conference should also not be a hindrance. The purpose is simply to underscore the fact that, as the Senate president acknowledges, sovereignty belongs to the people and they may choose to delegate it the way they deem fit, through an elected representative or through a national conference, or yet through a constituent assembly. And they have the right to make this determination especially in the most important duty they assume as autonomous beings: the duty to make laws that they will be governed by. That is what we do when we create a constitution.

In his Calabar address, Senator Mark provided an argument for his position, an argument that I have taken the liberty to reconstruct as follows:

1. The 1999 Constitution may be imperfect but it is our groundnorm and the supreme law which expresses our sovereignty and creates all powers, institutions, and authorities of the state.

2. From 1. it follows that the “sovereign national conference” doesn’t have a source of authority. (This is presumably because the constitution doesn’t recognise such a conference.)

3. The people are sovereign but “how do we get the people to confer sovereignty on such a conference?” (It would appear that this is the heart of the matter for Senator Mark.)

4. Therefore, from the foregoing, there has to be an amendment to the 1999 Constitution to provide for the making of a new Constitution.

I read the media report of Senator Mark’s address without the benefit of the full address. So I hope that the report is a correct summary of his address. If so, I confess that I am optimistic that the Distinguished Senator means well and that in the interest of the nation and with due recognition for his revered position, he has given serious thought to what appears to be a difficult subject. It is in light of this understanding that I want to take him up on the matter.

First, we share agreement about the fundamental nature of the constitution of a nation as its groundnorm. That is the assumption, the reality of which depends on the seriousness with which the task is taken in specific situations and circumstances. In our case, it was clear to everyone that in 1999 the haste with which the constitution was adopted, and the secrecy under which it was incubated ran contrary to its pretention as the groundnorm.

Senator Mark acknowledges the imperfections and the debatable origins of the document. But he seems to insist that despite these foundational flaws, the document remains a reality. It is indeed a reality but the task of the Senate as the representative of the people is to reject a reality that (a) contemptuously ignores the people and (2) stands in the way of good governance for their welfare. Consider an analogy. Anopheles mosquito and the malaria disease that it causes are realities of our clime. Do we accept it as such and not deal with it?

Second, if the constitution doesn’t have its source in the people who are acknowledged as sovereign, then its reality cannot be an impediment to the aspiration of the people to be the source of the laws that govern them. If a thief sneaks into a house and with the power of his gun forces the occupants to obey its commands, they may prudently obey because they have no choice. But they will do whatever is humanly possible under the circumstance to free themselves from the intruder. Should they have access to a superior weapon, they will take advantage in a jiffy.

This was what the Icelanders did in 2008. Assisted by a financial disaster that wiped out the entire domestic equity market, the “Pots-and-pans revolution” demanded a new constitutional framework. The Iceland Parliament set up a Constitutional Council which then solicited inputs from the people through social media on the basis of which it produced a draft constitution submitted to parliament which in turn put the new constitution to the people in a referendum that won by 2-1 margin in October last year. As of March the final approval was pending in parliament.If Iceland can do it with a sitting Parliament and a 1944 constitution that had no provision for replacement, surely Nigeria can.

Third, all we need is to truthfully acknowledge the sovereignty of the people. They can decide to confer or refrain from conferring sovereignty on a conference. But first, the question must be put to them.What we must not do is assume the impossibility of conducting a referendum on what the people want. The most disingenuous approach to my mind is to propose “an amendment to the 1999 Constitution to provide for the making of a new Constitution.” For that is making a fetish of a document that we all agree has numerous imperfections (consider the number of amendments proposed thus far) and a debatable origin.