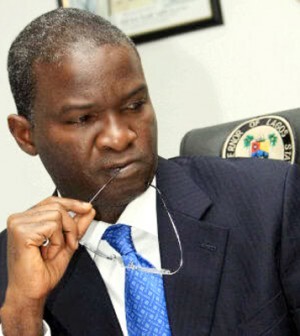 The debate over Lagos State’s deportation of some Igbo elements to Anambra State has done two things at once. One, it has underlined the shakiness of the idea of one Nigeria.

Then, two, in focusing too narrowly on an ethnic explanation, the debate has obfuscated what is a much broader and fundamental issue. Initial reports suggested that 70 or more Igbo were herded in one bus or several, driven across the Niger Bridge, and dumped in Onitsha.

Late last week, Governor Babatunde Fashola of Lagos stated that only 14 persons were removed. He also echoed other defenders of the policy by disclosing that the deportees were vagrants, some of them with varying degrees of mental problems.

The governor was not an excellent argument. For one thing, poverty does not and should not vitiate citizenship. Nigerians, who are psychiatric cases, are still deserving of the same basic rights and privileges of citizenship unless they pose a threat to others. If Nigeria translates as a nation, then its citizens, including indigent and even homeless ones, ought to be free to reside wherever they choose within the 36 states and the Federal Capital Territory.

A policy that forcibly removes undesirable citizens from their state of residency to their state of origin does grave violence to the concept of national unity, to say nothing of the grave violation of the affected citizens’ right of movement. In that light, one is appalled by the deportations. And it doesn’t matter if only one person was shucked off, as opposed to, say, 100. Having made that point of principle, it is meet to offer a corrective to the ethnic reading of the Lagos policy.

It has since emerged that Lagos State had sent other ostensible undesirables home, to a number of Northern as well as Southwest states. If the deportation policy is at odds with the idea of one Nigeria and I suggest it is, then Lagos State would be an equal-opportunity abuser of the rights of Nigerians, not just those from Anambra or Igboland.

If the particular removal of Igbo has generated the kind of heat not witnessed in the past, it is, in part, because Igbo, by their pattern of dispersal within Nigeria, most deeply embody the national spirit. Besides, they have shed more blood than any other ethnic group in the name of maintaining the unrealised, farfetched dream of a Nigerian nation.

Therefore, any time it appears that the Igbo are being handed a red card in any part of Nigeria, the act of rejection reverberates, reminding us all that we occupy a space that falsely accuses itself of being a coherent, cohesive community. It all brings me round to a point that begs to be made with regard to the recent controversial deportation.

That point is this: That we are shouting ourselves hoarse at a symptom, whilst failing to address ourselves to the core of the problem. The problem is the emptiness of Nigeria as a nation and, especially, with regard to the question of what it means to be a citizen.

Truth is that, more than fifty years into our game of pretending we have a nation, ethnic identity pretty much trumps every other consideration. For many Nigerians, ethnicity is not merely a virtue, it is the sole virtue. It is a case of – to adapt a popular idea in political ideology “My ethnic group, right or wrong.”

There are Igbo, Hausa, Yoruba, Efik, Ijaw, and so on, who vehemently abhor embezzlement of public funds – unless it’s committed by one of their (ethnic) number, in which case graft becomes absolutely excusable, if not heroic.

To read everyday comments on the Internet is to encounter the savage bricks that Nigerians – many of them holders of degrees and diplomas – hurl at one another across ethnic lines.

Name any unprintable name, and you’d find that Nigerians use it against their fellows from other ethnic groups in daily verbal warfare. I fear that, should the occasion arise in Nigeria – God forbid! – many Nigerians would be quite ready to butcher members of the ethnic “other” with a genocidal glee that surpasses the horrors the world witnessed in Rwanda.

Again, it’s all proof of a country whose fault lines are numerous and turning into a maze of chasms, a deeply riven, fragmented patchwork of a nation. In today’s Nigeria, an Igbo, who is born in Sokoto, and lives all her life there would still be expected – indeed, required – to enter her father’s Igbo state as her state of origin.

The same rules would apply to a Fulani man born in Onitsha. Nigerians must face up to their failure to found a nation within their shared space. If the foregoing leaves an impression of ethnic solidarity, that impression is – on closer examination – a mirage. One or two Igbo governors have ventured outside their states to hire one or two aides.

But you need only juxtapose that kind of tokenism against Abia State’s mass purge of civil servants from the other Igbo states and the portrait of intra-ethnic resentment is writ large. There’s some irony in the fact that Governor Fashola has done far more than most Igbo governors in recruiting people from other states, including Igbo, to work in his government.

But that does not justify his government’s policy of seizing Nigerians in Lagos and deporting them to their states of origin. To insist on the point does not mean that one dismisses the profound challenge of running a state whose dramatically exploding population is a strain on resources.

If Nigeria is to be achieved as a nation, then the likes of Fasholas ought to respect the right of Nigerians to reside wherever they wish. Even so, some of Mr. Fashola’s critics must also decide whether they wish to commit themselves to build Nigeria into the semblance of a real community – or merely postpone the day when we would all need visas to visit one another’s ethnic enclave.