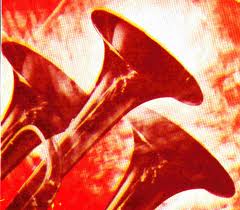 To say that the security situation in the country is both tense and precarious, at the moment, is to beg the question. In recent times, there have been discoveries and interception of arms and ammunition in many parts of the country. This has raised fears and alarm in security and political circles over the real intention of the arms merchants.

While such incidents of arms smuggling is not limited to a particular geo-political zone, the preponderance of opinion is that the frequency of such discoveries all over the country, in recent times, has been on a geometric ascendancy. As a result of this, the level of intelligence shadowing and surveillance in the whole country by security agents has been on the increase. As insurgency remains a major toothache in the north-eastern part of the country, where a state of emergency still subsists, the growing cases of arms stockpile in the north-west states are said to be giving security analysts sleepless nights, especially as they look for clues about the motives of the masterminds of this arms stockpile.

In order to unravel the sudden surge in the trafficking menace across our numerous porous borders, security agencies in the country are said to be focusing on both local and external sources.  In the first instance, the importation of arms may likely be traceable to trans-national Islamist terrorists arming local jihadists as well as using Nigeria as a transit route in the Sahel arms and related smuggling trade. This line of thought dominated the minds of the top-shots of the country’s security agencies for some time until in the last few months when political motivation began to filter in. Although security agents are yet to find direct linkage between the arms stockpile and political gladiators, fears are rife that the ugly trend of politicking across the country could in fact snowball into obvious threats from key leaders who are increasingly getting desperate.

It will be recalled that the arms cache found in Kano is still a mystery despite the ongoing prosecution of the Lebanese allegedly involved in the whole saga. The security agencies are also said to be at a loss over the alleged connection between alleged Hezbollah Shiite agents and the Sunni-led Boko Haramists. Boko Haram is said to belong to the Sunni school of Islam, and therefore, finding a synergy between them and the Lebanese under trial over the arms cache is said to be proving very difficult. What the security agencies are believed to be zeroing on is the possibility that the Shiite group could have its own separate agenda for the country.

Consequently, the Kano arms discovery has thrown up many theories. One of them is the possibility of a non-religious involvement, with political undertone being the chief reason. This theory was said to have given added fillip after the Zamfara State government recently got its hands burnt in an arms importation imbroglio. Abdulaziz Yari, the state governor, had claimed that it wanted to arm vigilance groups in the state in view of recent rising incidence of violent robberies. However, the way and manner the state government imported the arms allegedly without police approval has since become a subject of investigation in Abuja. And understandably, this investigation is already attracting attention of people within the nation’s security circles.

Though the Zamfara State government has since justified its action on the need to combat criminal gangs operating freely in the state, keen watchers of the 2015 drama pointed out that arming vigilantes in the countdown to 2015 sent mixed signals. The belief is that, once Zamfara succeeds in this matter, other state governments will follow suit, leading to proliferation of arms in the country ahead of a potentially explosive electoral year in 2015.

However, while the controversy over Zamfara arms importation is yet to abate, a tanker filled with assorted arms and ammunition, whose source of importation is still unknown, was recently impounded between Kebbi-Zamfara axis. With hundreds of such tankers streaming into the country through remote border areas, fears are mounting that there may be a deliberate agenda by some unknown elements in the country to warehouse arms ahead of 2015 elections.

This is more worrisome because a few days after the arms-bearing tanker was impounded, another arms cache was discovered in the sleepy state of Jigawa, which led to an exchange of fire between security agencies and those described as Boko Haram insurgents. This assertion is astonishing, to say the least, because Jigawa has never once witnessed any Boko Haram attack since the insurgency reared its head in the northern part of the country many years ago. At any rate, the exchange of fire cannot stand in as explanation for the owners of the arms or those who masterminded their importation.

One thing is that, each time there is a security breach in some parts of the country, especially in the North, it has become convenient for security agents to heap the blame on Boko Haram. This situation is scary. We cannot say for sure that all these arms are imported by Islamists. We cannot prove that. We can also not prove that politicians are behind the menace for electoral purposes. All that is apparent is that there is an arms build-up across the country.

While the real motive behind this dangerous development is still baffling to security agencies who are probing deeper, Mike Oghiadohme, the Chief of Staff to the President, recently warned leaders and elders in the country against precipitating a civil war in the country through their actions and utterances. He warned such leaders and elders against plunging the nation into avoidable catastrophe, in furtherance of their individual or collective agenda. Analysts argue that Oghiadohme’s warning is a signal that the Presidency already has more facts over security situation, especially arms build-ups in the country, than it is willing to tell the public.

Arms build-up in the country has become a constant issue for discussion within the Nigerian military arena, which is battling insurgency in the North-East. Though the military has not ruled out any trace of political opportunism, suspicions are strong that the Islamists could be behind the development. The wider intelligence community, however, thinks differently. They feel political forces are neck-deep in the menace.

In a recent statement, Sagir Musa, a lieutenant-colonel and spokesman of the Joint Task Force in Borno, while confirming the rising incidence of arms proliferation, gave greater insight into the problem facing the North and the country as a whole.  Said he: “Nigeria’s borders are massive with hundreds of footpaths crisscrossing to neighbouring countries of Chad, Niger and Cameroun with links to Mali, Libya and Sudan.”  According to him, “from conservative estimate by locals, there are well over 250 footpaths from Damaturu/Maiduguri axis that link or lead directly to Cameroun, Chad or Niger. These paths, which are mostly unknown to security agencies, are unmanned, unprotected and have continued to serve as conveyor belts for arms and ammunition trafficking into Nigeria. It is disheartening and unfortunate that the merchants of death have since devised methods to beat security agencies at the borders, chief among them, through the footpaths.”

Musa explained that “the Libyan and Malian rebels are desperate to exchange arms for money to Boko Haram terrorists, their financiers and collaborators as the sect has since been affiliated to Al-Qaeda in the Maghreb.” This, according to him, “has added to the overwhelming challenge of the influx of illegal aliens, arms, ammunition and sophisticated IED materials into the country and an efficient and effective fight against terrorism.”

Whatever the case is, I believe the security agents still need to critically explore the political angle to all these discoveries. If need be, investigation could be extended to foreign soil. As the arms influx continues, the questions are: Is Nigeria fast becoming a Somalia? Who is preparing for war? Could the current flexing of muscles by political gladiators be a subtle declaration of war ahead of 2015? Perhaps, a thorough investigation by the security agencies would provide answers to these probing questions. Time will tell!