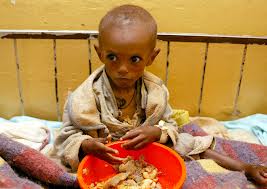 At the recently-concluded Health Summit of the African Union (AU) held in Abuja, President Goodluck Jonathan tasked African leaders to look inward and develop local solutions to tackle HIV/AIDS and other infectious diseases on the continent. According to him, African leaders must set clear and decisive goals in order to identify and implement the best adaptable strategies that will yield the quickest results in tackling AIDS and other diseases in Africa.

We fully share the concern of the president in this matter. The AIDS pandemic record on the continent has become so embarrassing that African leaders must act fast as many of our people are infected faster than they can be tested and placed on treatment. For example, HIV is back with force in Uganda, (the country that set the record for dramatic decline of HIV infection rate) and about 70,000 new HIV infections are expected among 15 million Malawians this year alone.

Nigeria which used to occupy the third position among the countries with the highest number of people living with HIV/AIDS (PLWHA) now occupies the unenviable second position. Recent statistics indicate that Nigeria has the highest burden of HIV positive pregnant women in the world. Nigeria also bears 30% of the global burden of HIV contracted through Mother-to-child Transmission (MTCT). In 2012 alone, 60,000 Nigerian babies were infected with HIV.

Therefore, beyond the AIDS rhetoric, African leaders must act now if AIDS is not to overwhelm the continent especially considering that no cure has being found for the disease. Even the Anti-Retroviral (ARV) treatment, which only prolongs the life of AIDS patients, is expensive while the use of hormonal contraceptives offers no protection against HIV transmission. For example, Dr. Chuck Wira’s celebrated research in reproductive immunology, together with her own findings, has proved that any vaccine for HIV/AIDS will do nothing to prevent heterosexual transmission, which is the chief problem in Africa. More importantly, researchers from the University of Washington studied women in Africa and found that the use of self-injectable hormonal contraceptive pills (DPMA) doubled the transmission rates of HIV.

Not long ago, the Executive Secretary of the Benue State Action Committee against AIDS, Mrs Ashi Wende disclosed  that over 319,000 children are living with HIV/AIDS in Benue State alone with another 708,640 adults also living with the virus. These figures represent significant increase in the number of People Living With HIV/Aids (PLWHA) in the state for some years now. In 2009 the Special Adviser to the State Governor on HIV/AIDS and other communicable diseases Mrs. Maria Idu had disclosed that no fewer than 400,000 persons were identified as carriers of the dreaded virus in the state. Just as Mrs. Wende explained, Mrs. Idu had equally said then that unless the spread of the virus was properly checked the ravaging effect of the disease in the state would take a heavy toll on the productive sectors of the state’s economy.

Using Benue state as a case study, it could be inferred that the fight against HIV/AIDS in the country cannot be described as a success. Indeed, a recent report by the National Agency for the Control of AIDS (NACA) and a separate report by the United Nations AIDS Agency (UNAIDS), both concluded that cases of new HIV infections are on the rise globally. UNAIDS affirmed that there are about 45 million new HIV infections yearly and three million deaths.

Since heterosexual transmission accounts for the major HIV/AIDS spread on the continent, it goes without saying that the failure so far to check its spread is an affirmation that the hitherto prevailing strategy has not worked. Therefore in order to win the war against this deadly pandemic it is important that all stakeholders should come together to re-strategise with a single-minded determination to stem the scourge which is laying to waste many of our people in Africa.