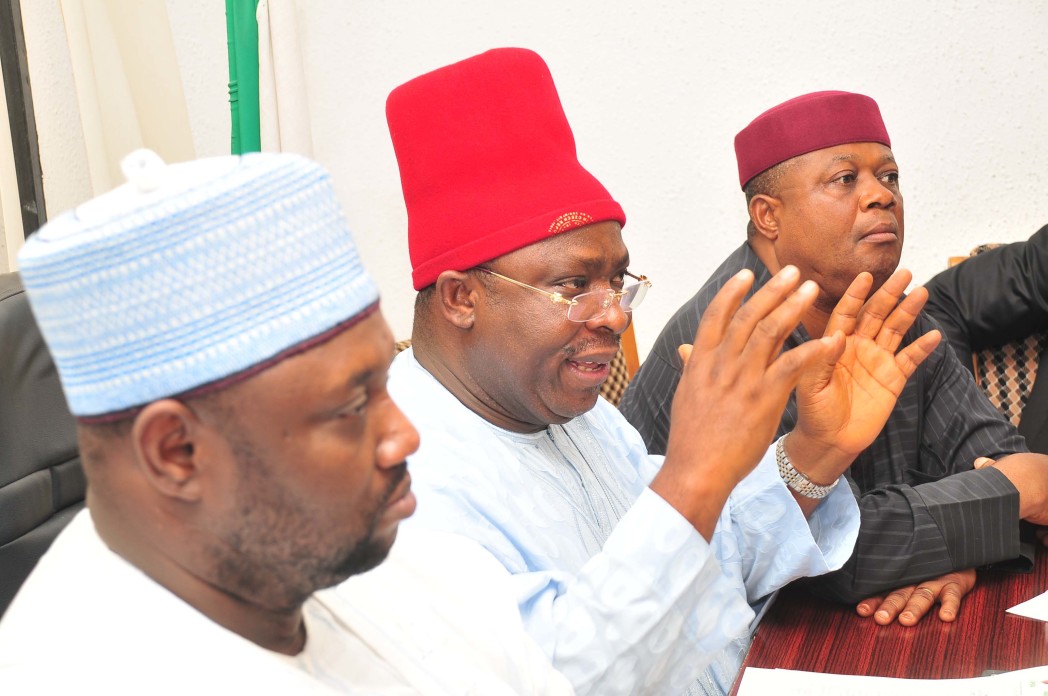 The All Progressive Grand Alliance has suspended Governor Rochas Okorocha of Imo State over alleged involvement in anti-party activities.

Rising from an emergency National Executive Council held on Saturday in Abuja, the party also dissolved its Imo State chapter and resolved to appoint a 21-man committee to oversee its affairs until a congress was done.

But when contacted, the former Special Assistant (Media) to Governor Okorocha, Mr. Ebere Uzouka, told SUNDAY PUNCHthat he was “no longer competent to comment on the issue because the governor has just dissolved his cabinet which affected all of us.”

The National Vice-Chairman of APGA (South-West), Tayo Sowunmi, who read out the communiqué of the NEC meeting, also said the party leaders discussed preparations for the Anambra gubernatorial election and approved guidelines for the exercise.

He said, “The NEC unanimously resolved to suspend, with immediate effect, the Governor of Imo state, Rochas Okoroacha, from the party for gross anti-party activities, bordering on his involvement with the All Progressives Congress contrary to the clear provisions of the APGA constitution.

“The NEC also unanimously resolved to dissolve the Imo state executive committee of APGA with immediate effect. A 21-man caretaker committee shall be appointed to run the affairs of the party in Imo pending the conduct of state congress.”

The party approved the party’s electoral guidelines for the Anambra State governorship primary election for 2013 and afterwards adjoined its next sitting till August 31.

Meanwhile, a former Governor of Central Bank of Nigeria, Prof. Charles Soludo and former Minister of State for Transportation, Mr. Emeka Okechukwu, were among the 14 aspirants who collected and submitted their forms for the governorship race in Anambra.

The APGA National Chairman, Mr.  Victor Umeh, said barely three days after the party invited aspirants to declare interest in the race scheduled for November 16, no fewer than 14 persons had already collected the expression of interest form.

“The people who have taken the expression of interest forms will be expected to pick the nomination forms and will be screened to face the primary; the form for males is N10m and to encourage women to actively participate, they will pay N5m.

“We call on all the parties that are involved in the Anambra State race to stick to the code of conduct signed with the Independent National Electoral Commission and shun all acts capable of causing confusion during the elections.”

He also said the meeting was summoned to prove that the party’s crisis had come to an end, adding that with the return of peace among the key stakeholders, APGA would retain the governorship seat come November 16 election.