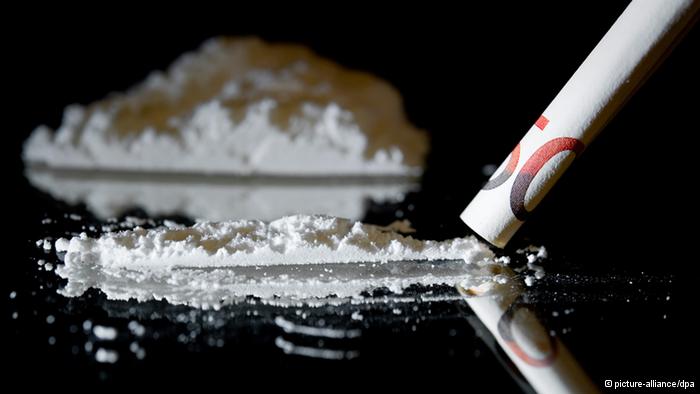 There are over 200 million illicit drugs users globally, 28 million of which are based across the African continent. It’s a business with a global market net worth of $322 billion, with African market posing a huge value of $46 billion. Illicit drugs can be described as drugs which are under international control (and which may or may not have licit medical purposes) but which are produced, trafficked and/or consumed illicitly. Such drugs ranges from those produced or processed from natural plant products such as opium, morphine, cannabis and heroin. There are also the synthetically produced ones – the amphetamines, as well as the psychoactive pharmaceutical drugs that become illicit as a result of being diverted from licit uses or purposes. In combination, these drugs have dwarfed licit drugs markets like cigarette, tea and coffee. Only the market for alcohol outstrips that of illicit drugs in Africa. Drugs are a source of widespread harm for African youth (a population that constitute the bulk of African human resources), and their problematic consumption is a cause of social harm. Africa has historically held a peripheral role in the transnational illicit drug trade, but in recent years, has increasingly become a ‘sitio’ for drug trafficking.

Africa’s emergence as a trafficking nexus appears to have resulted from structural shifts in international drug trafficking pattern; which include pressure from international counter-narcotics driving drug traffickers away from international routes, and the operational allure for traffickers in Countries with low levels of law enforcement capacity, weak boarders and high rates of corruption, phenomenon too peculiar with many African Countries. Transnational organized crime and drug trafficking is of growing concern, and particularly illicit trade’s broad impact on development. Few, if any, countries are exempt. A thought many African Countries harbored to be out of sync with the reality.

Drugs and crime undermine development by eroding social and human capital. This degrades quality of life and can force skilled workers to leave, while the direct impacts of victimization, as well as fear of crime, may impede the development of those that remain. By limiting development, crime negate access to possible employment and educational opportunities, and it encourages the accumulation of wealth at all cost. Crime is also more expensive for poor people in poor countries, and disadvantaged household may struggle to come with the shock of victimization. Drugs and crime also drives away businesses. Both foreign and domestic investors see crime as a sign of social instability, in addition to driven up cost of doing businesses. Drugs and crime, moreover, undermine the ability of the state to promote development by destroying trust relationship between the people and the state, negating democracy and confidence in the criminal justice system. When people lose confidence in the criminal justice system, their next point of call is, naturally, vigilantism; a malignant manifestation of state failure.

The routing of cocaine through West Africa to Europe has sparked a nascent crack epidemic. From Guinea to Ghana, addicts have taken drugs over the last few years. In Guinea Bissau, it’s estimated that 20 – 30% of the youths are active users. The rapid increase in crack use is driven in part by its low cost, ranging from 80 cent a hit in Guinea to $2 in Ghana. In Nigeria, amphetamine production has reached an all time high, with the uncovering of a production laboratory as pointer, and potentially signalling the emergence of a destructive new epidemics. The African drug crime rate records are, Infact, supportive of the rising claim. With two people from Uganda on death row in China, over 600 South Africans in different prisons abroad, and only recently, a Nigerian was sentenced in Malaysia, all but due to drugs related issues. The rise in contents is much disturbing to any sane brained African. A decade ago, national net weight contents stood at 159kg in Egypt, 8.5kg in Kenya, 104kg in Nigeria, and 7.9kg in Tanzania. As of 2010, it’s 234kg in Egypt, 35kg in Kenya, 202kg in Nigeria and 191kg in Tanzania. As of today, the exponential rise is absolutely scary. A shift in consumption is unsurprising, and in many ways unavoidable. The dynamic economic growth has led, in the words of the world bank, to the “fastest growing middle class in the world.” The emergence of a dynamic middle class in Africa promises to make the continent a prime market for a host of goods – it’s nearly unavoidable that globally popular narcotics such as cocaine and heroin will be amongst them. It’s obvious that today’s peace and security may be transitory. An increase in drug use coupled with increasing incomes promises to make Africa’s drug market much lucrative. It’s highly likely that gangs, similar to those seen in Mexico, Columbia and other Latin/north American drug nexus will emerge and seek to control drug retail markets across the continent. With the un-nuanced crime riddled in Southern Africa and narcotics assisted insurgency in Western Africa – Mali and Nigeria, as instructive. In both, high levels of criminal violence have accompanied the maturation of retail drug markets. In some countries, drugs related violence has surpassed levels previously seen during civil wars. There’s no reason to think African countries are immune from such violence.

It’s particularly important to point out here that Africa’s drug market emergence was never an ephemeral one, yet, Africa’s power mongers never correlate its detrimental impact on sustainable developments. In their book titled : Africa and the war on drugs, Neil Carrier and Gernst Klantschnig pointed that ” the criminalization of narcotics progressed during the independence era, even while new types of narcotics gained popularity.” Regrettably, the war on drugs in Africa is at its lowest repression, an initiative driven by Western interests. The trafficking routes emerge with sterling rapidity, states alternatively demonize and then decriminalize different drugs, while fickle consumers spur the development of narcotics overnight. Few public health services are available for addicts, and where available, they’re often over stretched, public security services are often either underfunded or co-opted in the fight against illicit drugs. Environmental damage of of illicit drugs is no less a concern for developing Africa. Clearing of forest, growing crops as mono-cultures, processing of harvested plants into drugs and the use of environmentally dangerous chemicals without necessary precautions being taken are all potentially damaging to Africa’s economic diversification plans. For Africa to be free from this menace, the market must be made less lucrative, major criminal syndicate involved dismantled, and prevent the emergence of future hotspots. Until then, Africa may settle with the tag of “good neighbors” whose markets can be used as a dumping fulcrum for whatever other continents consider, in French, “nuisible”.