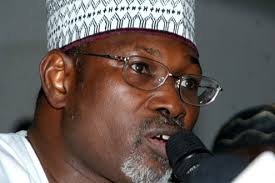 The Independent Electoral Commission, on Wednesday, July 31, approved the registration of the All Progressives Congress, a merger of a number of parties, namely, the Action Congress of Nigeria; the All Nigeria Peoples Party and the Congress for Progressive Change, which had hitherto battled one another alongside the ruling Peoples Democratic Party. They apparently saw reasons that snakes become easy preys because they never go in pairs and teamed up to form the APC, the platform with which they intend to wrest power from the PDP in the 2015 general elections.

The INEC pronouncement has been followed by euphoric reactions including comments from a wide range of Nigerians. Parties to the merger were prepared for different levels of battle against any attempt by INEC to refuse their application. One of them, suspecting that jitters which the PDP was feeling could make the ruling party collude with INEC to frustrate the merger, promised to give Nigeria the biggest protest march in the country’s history if the application was not granted. Thank goodness things did not get that bad and instead of battle, promoters of the APC venture and Nigerians, desirous of a change in our politics, are on a joyous spree!

The ecstasy greeting the registration of the party is totally understandable and permissible. After 14 years of return to democracy, Nigerians seem terribly tired of the failure of the PDP government to take the country closer to the Promised Land. Nigerians are now so conversant with the statistics which underscore our undeveloped state that we would welcome a breath of fresh air come 2015. They urgently desire a government which could provide the basic needs of life, a government which could provide opportunities for them to feel like human beings and assure them of a better future by sending their children to school. Nigerians want basic health care, good roads and a secure country, a government that cares and understands and works for the irreducible minimum of good livelihood for its people.

The registration of the APC also indicates Nigeria’s movement towards building a strong and vibrant intra-party democracy. This is an important prerequisite to the deepening of democracy as it challenges the PDP’s near supercilious dominance of politics at the national level in the past 14 years in the country.  Whatever they say, the APC challenge will make the PDP realise that it can no longer take the mass of the people and its own party members for granted.

However, does the APC provide answers to the myriad of challenges that the Nigerian polity faces? Although we have had pockets of progressive governance from a few governors elected on the platform of some of the constituent parties in the APC arrangement, the party has till date not told Nigerians its plans for taking Nigeria out of the woods. We could make the excuse that the party was waiting for its registration before rolling out the road map to sustainable national development, but that defence would in itself be the admission of some lopsidedness in priorities. In my opinion, the formation of any political party should be preceded by an ideological ad idem between the parties. This is more so in the case of this party where self-proclaimed progressive elements are in bed with legendary conservative politicians too numerous to mention as we find in the APC

The credentials of the parties forming the APC are also not sparkling on the internal democracy front. From the ACN to the ANPP and the CPC, we have seen worrisome dictatorial tendencies which do not augur well for a party that wants to be seen as an alternative to the PDP.  Democracy should be within the opposition party before it can rightly champion national democracy and good governance, otherwise we shall be having another PDP on our hands.

To lend credence to, at least its opposition if not progressive record and convince us that it is not another power-hungry assemblage, the APC would have to take urgent steps to show Nigerians what it has in stock for the people and the democratisation process if it gets elected.

More important to the 2015 elections however is the impartial role that everyone, especially the civil society groups, needs to play towards mobilising Nigerians.  A lack of concerted effort to prepare the people for the realities of the elections will almost predictably lead to very contentious elections in 2015 and beyond.

The truth is that most of those who understand the failure of government to deliver on its promises are educated people who live in the urban areas. They understand all the theories and principles of good governance and party politics but mostly stay indoors on Election Day. The bulk of votes with which elections are lost and won come from the rural areas where about 70 per cent of Nigerians live. These people are largely uneducated and susceptible to manipulation. They have no idea what we mean when we employ assorted high sounding English words to describe the various ways in which governments have failed us. What is important to them is that some influential person (who unknown to them, is only feathering his own nest), in their community vouches for the candidate and is able to bring in some gifts to encourage them on Election Day. The level of illiteracy and poverty in the land sees to it that this works.  Any meaningful election must therefore take the enlightenment of the electorate as a very important task. That incidentally is a task that cannot be left in the hands of politicians, even the INEC chairman, Attahiru Jega, has occasionally complained about the conduct of Nigerian politicians as being one of the greatest impediments to the growth of democracy.

This is why I think that bodies like INEC should go out of the line of duty to collaborate with organisations like the National Orientation Agency, the civil society and others that are interested in the growth of democracy in Nigeria. The people, being the hub of democratic governance, should be empowered to make the best of the choices that are presented before them, insist on those choices and deny every attempt at manipulating their choices on the strength of ethnic or party considerations.

For democracy to work and grow, the people must have the capacity to make intelligent decisions. They should be able to tell truth from falsehood and identify their interest from that of political or community leaders who would use and dump them until the next elections. It is only when our people are empowered to make these decisions that we can be sure that our leaders, no matter what party they belong to, would no longer take us for granted.