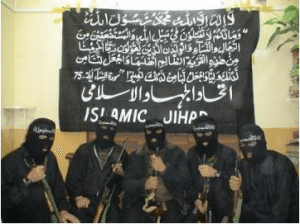 It was another tragic day for the country last Friday when no fewer than 29 students and a teacher were murdered in cold blood by suspected Boko Haram militants at a boarding Government Secondary School in Mamudo, Yobe State. According to the spokesperson of the Joint Military Task Force in the state, Lieutenant Eli Lazarus, the gunmen “stormed the school around 5:30am and began to shoot at the students from different directions,” thus creating the pandemonium that left the school children at the mercy of their executioners. But apparently not satisfied with the killings the attackers also burnt down parts of the school premises, wounding in the process several other students who are now in hospital with some in critical conditions.

We commiserate with the families that have now been thrown into mourning, and wish the injured students speedy recovery. We condemn in the strongest terms this bestiality targeted against innocent children. It is even more worrying that there seems to be a pattern to this growing madness as the latest violence indeed brings the number of school children killed in Borno and Yobe to about 60 within a spate of three weeks; beginning from June 16 when seven students and two teachers were killed during an attack on a school in Damaturu in Yobe State. Yet, 24 hours later, in two separate incidents inside examinations halls in Maiduguri, Borno State, 14 students were also shot dead with scores of others wounded.

That the latest round of attack against school children is coming at a time the Federal Government has imposed a state of emergency in the two states can only accentuate the general feeling of insecurity in the land. There is also no doubt that the growing violence would deepen the skepticism of Nigerians who have grown weary of the government constant assurance of providing adequate security for the citizenry. More dangerous still is the fact that this new wave of mindless killings seemed to have been targeted against the most vulnerable of our society: innocent school children.

As we had cause to point out recently, perhaps aside the 30-month civil war, Nigeria has never been so threatened by security challenges as it is today. But nothing can be more dangerous than a systematic attack on innocent school children who ordinarily represent the future of our country. It therefore came as no surprise that following the Yobe State attack, Governor Ibrahim Geidam has, according to a government statement, “directed that all secondary schools in the state be closed down from Monday, July 8, 2013, until a new academic session begins in September.”

This is coming at a time the United Nations Educational, Scientific and Cultural Organisation (UNESCO) just ranked Nigeria high among nations where a large population of school-age children are not in school. With our country already accounting for 47 per cent of the global out-of-school population, this current development can only bode ill for our future. But what should be of greater concern to the authorities is that the attacks and the government’s closure of all schools in Yobe State present a tragic victory for some criminal gangs who have never hidden their disdain for western education.

The greater implication of this tragedy is that it could encourage many parents, especially in states like Borno and Yobe that are already educationally challenged, not to send their children to school or withdraw the ones that are there; for the fear, which has now become real, that they may not be safe. This will be tragic for the future of children in the two states that have become the operational headquarters on the Boko Haram insurgency but also for the country. That is why we call on all the relevant stakeholders to come together to find a solution to this growing menace that is already getting out of hands.