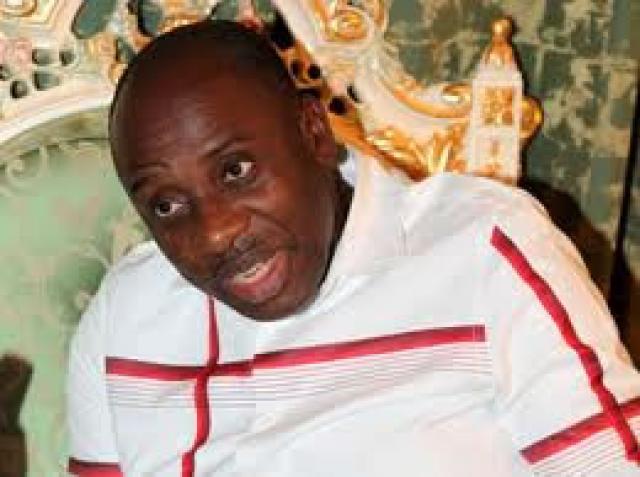 It is exactly 10 years today that some policemen abducted Dr. Chris Ngige from the Government House in Awka, Anambra State. The policemen led by the late Assistant Inspector-General of Police, Mr. Raphael Ige, simply ignored the immunity of Ngige as the state governor to carry out this infamy. This act was, perhaps, the climax of the brigandage that reigned supreme in the state, which is home to many eminent and decent Nigerians.

On that occasion, the police was used by some actors who were close enough to Aso Rock to peddle influence and be lawless in Anambra. The activities of the brigands in Anambra put liberal democracy to a severe test in the era of President Olusegun Obasanjo. Celebrated storyteller, Chinua Achebe, spoke out loudly against this lawlessness foisted on his home state. To demonstrate his rejection of brigandage as politics, the icon categorically rejected the honour bestowed on him by the Obasanjo administration. The resonance of the protest was felt nationally. The moral weight of Achebe’s voice was widely acknowledged in the torrents of tributes paid to his memory during his funeral recently. You would ordinarily expect that the lessons of official tacit support for anarchy have been learnt from those days of infamy in Anambra.

However, there was a dramatic irony in Port Harcourt yesterday, the eve of the 10th Anniversary of the Anambra brigandage. The drama has shown that no lesson has been learnt in the politics without principle that is prevalent in this republic. Five of the 32 members of the Rivers State House of Assembly attempted to impeach the speaker, Hon. Otelemaba Amachree. In the violence that resulted from this mockery of democracy, the deputy governor, Mr. Tele Ikuru, was allegedly attacked and some members of the House and other persons were reportedly injured. A reign of confusion is being imposed on the state, which like any other state needs stability for good governance to flourish. This portends an extreme threat to peace in the state.

As it was in Anambra in 10 years ago, so it is in Rivers today. The attempt to impeach the speaker is believed to be a prelude to the moves to impeach the state governor, Hon. Rotimi Amaechi. Governor Amaechi is not in the good books of Aso Rock just like Ngige fell out of favour with the powers that be in Abuja in 2003.

The politicians who are demonstrating their power and influence in Rivers State today enjoy the favour of President Goodluck Jonathan and his wife, Mrs. Patience Jonathan. Yet the constitution is clear on how a state governor could be removed from office. It remains to be seen how those who don’t want Amaechi anymore in the State House in Port Harcourt would achieve their aim with five members in the House of Assembly! It is all a continuation of the ridicule of the democratic process.  The Peoples Democratic Party (PDP) under the leadership of Jonathan has suspended Amaechi from the party following his election as the Chairman of the Governors Forum. Before then, the state executive council of the party was dissolved and another one constituted. The matter is still in court. Meanwhile, the President received this state executive committee of PDP the other day in Aso Rock with harsh words for Amaechi.

While anarchy was being inaugurated in the legislative chamber, the police reportedly looked the other way. The state commissioner of police, Mr. Joseph Mbu, was reported yesterday as saying that he elected to ignore the request from the House of Assembly for special “police security” because such a request was “unusual”. This same police officer has verbally attacked the governor. His hostility towards Amaechi is an open secrete. He has arrogated to himself the power to “ban public protest”, a power that he does not have constitutionally. His activities in the state are all too reminiscent of the ignoble role of the police in Anambra 10 years ago. Since the governor cannot be moved for Mbu, it would be proper in the circumstance for Inspector-General Mohammed Abubakar to transfer this commissioner of police from Rivers State to another place.

By his conduct, Mbu has certainly lost the confidence of the state government with which he is supposed to work professionally. It is unacceptable that a police officer should treat a governor the way Mbu has treated Amaechi. You don’t have to like Amaechi’s face to admit that this is absurdity in a federation. This abuse is possible because policing is on the exclusive list. By the way, one of the arguments against the creation of state police is that governors would use the force against their opponents. A counter-argument is that the federal government could also use the police against its opponents. The conduct of Mbu so far seems to have vindicated those who make this counter-argument. The other 35 state governors should also be interested in the unfolding events in Rivers State regardless to which side they belong in the politics of 2015. It is Amaechi’s lot today; it could be that of any other governor tomorrow.

Beyond this, it is important for all those who support the building of democratic institutions in Nigeria to speak out against the recklessness that is becoming normative in Rivers State. Politicians should be told to play their game according to the rules. President Jonathan should remember that peace and stability in Rivers State are in the long run more important to Nigeria than the narrow calculation of any politician.