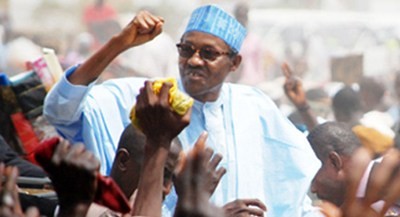 Conventional Wisdom sees 2015 as the year of the opposition in Nigerian presidential politics, partly because of the perception that President Goodluck Jonathan has not performed well enough to deserve a second term; partly because his party, the Peoples Democratic Party, appears to be in turmoil; and partly because he and his party have been engaging in various shenanigans that pose serious threats to our democracy and national image.

However, there are two problems with Conventional Wisdom in Nigerian politics. First, it is often espoused by elite voters, who account for only a small fraction of the national voting population. The vast majority of voters have little or no idea what our political squabbles are all about. However, because of poverty, unemployment, and greed, they are all over the place at election time, serving as thugs and supporters.

Second, there is often a disjuncture in Nigerian electoral politics between actual voting and voting results. True, the PDP may appear to be in disarray, it always survived its internal crises in time to come up with “big” votes during the presidential election. This has been the basis of Maj.-Gen. Muhamadu Buhari (retd.)’s presidential election petitions.

Nevertheless, it is still widely believed that a coalition of opposition parties under the All Progressives Congress stands a good chance of dislodging the misruling PDP in 2015. But victory will not be delivered to it on a platter of gold. Rather, three conditions, among others, must be satisfied in order to secure the confidence of voters.

First, the party leadership must get its house in order. The long battle for the party’s registration was a teething problem that could have been avoided. Besides, early reports of internal division over the allocation of positions smelled of the usual self-interest politics. They must not allow self-interest and political ambition to override the main goal of defeating the PDP. At the same time, they should view the defeat of the PDP as a means to an end. That end should be the people — their schools, their hospitals, their roads. Various PDP governments have promised adequate power supply. One government even declared an emergency on the sector. Yet, there has been no appreciable improvement.

As a result, many Nigerians are ready to vote for change, which leads to the second condition. The APC leaders must make every effort to field a quality presidential candidate, who is neither inexperienced nor too controversial. Third, they must plan well on protecting the ballot boxes on Election Day, by preventing the PDP from turning out dubious votes. They, too, must not plan on winning by rigging their way through. Past experiences have taught Nigerian voters to expect their votes to count as cast.

Perhaps, the most critical issue that will confront the APC is the election of a candidate in an open primary. The party leaders must avoid candidate imposition. Such an action will turn off some voters. One name that keeps recurring in people’s conversations is that of Buhari. The Speaker of the House of Representatives, Aminu Tambuwal, has been mentioned but he is in the PDP, at least for now. But I will not dwell on Tambuwal’s possible candidacy here.

Clearly, Buhari is a well-qualified candidate, and he has more name recognition both locally and abroad than any other candidate, who may seek the presidency in 2015, except the incumbent President, Dr. Goodluck Jonathan. My fellow columnist, Sabella Abidde, once painted a word picture of Buhari and what he could do as President: “He is a man with a steady voice, steady hands and legs and with an intellect to match … he will fight corruption and nepotism and political stupidity” (The PUNCH, February 13, 2013).

The problem with Buhari is not so much about who he is and what he accomplished or could accomplish as president as about who he is perceived to be. Ask anyone in the South and even some parts of the North about Buhari. They will tell you that he is a polarising political, regional, and religious figure in contemporary Nigerian politics. He is one man who is as passionately liked by his supporters as he is passionately disliked by his opponents.

Those who support him often cite the discipline and sense of probity he brought to the administration of the country, when he was a military Head of State. But his opponents often view his tenure as discriminatory. Supporters view him as a national hero, whose desire to rule is borne out of his love of country. Opponents see in him a regional apologist, who would be nothing but a Northern President. Finally, supporters view him as no more than a righteous man of Islamic faith, who respects Christian and other religious views. But opponents see a totally different person in him, who is an Islamic fundamentalist, who could easily Islamise the country in various ways. That’s why, today, a number of Nigerians would list him as a sponsor, or at least a supporter, of Boko Haram, even without evidence. Some of these perceptions may turn out to be untrue, but the soap with which Buhari could wash himself clean of them has yet to be manufactured.

Of particular concern to opponents were his incendiary campaign utterances during the 2011 elections and his behaviour during and after the post-elections crisis, which ravaged many Northern states, targeting mainly his opponent’s supporters. True, the last three presidential elections he participated in were neither free nor fair enough, but he always came off as a sore loser. But in fairness to him, it is possible that he was so convinced of victory, or of being cheated of it, that he found it difficult to give up. The fact that he inched towards victory at successive elections may have convinced him that 2015 may be his year of victory.

Yet, if a proper opinion poll were conducted today in the South, strong anti-Buhari voters would be encountered, especially in the South-West. These voters would insist that they could never vote for Buhari, despite their sympathy for the APC or antipathy against the PDP. This category of voters may abstain from voting, if Buhari were the candidate. Then, there are those who would be pushed to take a second look at Jonathan, who is the likely PDP candidate, if the APC fielded Buhari. Either way, Buhari’s candidacy may favour Jonathan in the South.

However, much of the talk about voting or not voting for Buhari circulates among the elite. It must also be remembered that the Action Congress of Nigeria has five governors in the South-West, who could penetrate the grassroots. This will significantly increase Buhari’s chances.

As the 2015 elections draw near, it is likely that many more candidates will show interest in the presidential ticket. That’s why the APC should hold an open primary and line up all aspirants for a debate so that voters could feel their pulse before the general elections. As much as possible, voters in a democracy should insist on transparency in the election of a candidate in an open primary.