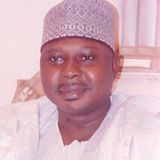 Chairman, Presidential Amnesty Committee on Dialogue and Peaceful Resolution of the Security Challenges in the North, Alhaji Kabiru Turaki, Tuesday defended the ceasefire agreement signed with Boko Haram, saying the federal government interacted with authentic members of the Islamic militia.

Turaki, who also doubles as Minister of Special Duties, had on Monday announced that the federal government had signed a ceasefire agreement with the sect amid growing criticism over the weekend killing of 30 boarding students and two others by suspected Boko Haram members.

He spoke while responding to THISDAY enquiries just as the Federal High Court Tuesday in Abuja convicted and sentenced four members of the sect to life imprisonment for their role in the April 8, 2011 bombing of the Independent National Electoral Commission (INEC) office in Suleja, Niger State.

The bomb attacks resulted in the death of 16 people, while many others were injured.

One of the suspects, Umar Ibrahim, was given a 10-year sentence, while the sixth suspect, Musa Adamu, was freed for lack of evidence.

In the meantime, the Defence Headquarters (DHQ) has raised a team to probe the killing of the boarding students in Yobe State, which drew more condemnation from France.

However, amid doubts over the authenticity of the Boko Haram leaders he claimed the federal government had signed the ceasefire agreement with, Turaki said the pact was with the “mainstream” Boko Haram leaders.

Turaki in a text message to THISDAY, added that the agreement was real and that the dreaded group had directed its members to suspend further attacks.

In addition, the federal government has also accepted the ceasefire with the group while a formal agreement will follow soon.

“We have reached an understanding with them and they have already directed their men on the ceasefire, which we have accepted. But a formal agreement will follow in due course,” he said.

“The agreement is with the mainstream,” was his response when he was asked if the leader of Boko Haram, Abubakar Shekau, was involved in the arrangement.

A source in the amnesty committee told THISDAY that the Boko Haram leadership under Shekau agreed to the ceasefire offer when it became convinced of the sincerity of the Jonathan administration in seeking peace.

However, THISDAY learnt that defence authorities are not aware of the ceasefire agreement.

Director of Defence Information (DDI), Brig-Gen. Chris Olukolade, said in an interview that the military had not been informed of the agreement.

“We are not aware of any ceasefire”, was his response when informed about the agreement.

Irrespective of the ceasefire agreement, the Chief of Defence Staff (CDS), Admiral Ola Sa’ad Ibrahim, has sent a fact-finding team of senior officers from the DHQ to Yobe State for an on-the-spot assessment of the deployment of troops of the Joint Task Force (JTF) in the state and to ascertain those behind the terrorist attacks on schools in the state.

Olukolade said the investigative team would narrow its findings to last weekend’s killing of the boarding students and report back to Ibrahim for further action.

According to him, the team would pay particular attention to the security circumstances surrounding the attack on Government Secondary School, Mamudo near Potiskum.

“The team, led by the Chief of Research and Development in the Defence Headquarters, is visiting the troops deployed in remote locations in Yobe State to verify the effectiveness of patrols and cordon and search operations directed at forestalling any further breach of security, and tracking down perpetrators of the weekend attack,” he said.

France Tuesday lent its voice to the global condemnation that has trailed last weekend’s killing of the students, describing it as heinous and cowardly.

A statement by the French Ministry of Foreign Affairs expressed shock at the murders.

The statement made available to THISDAY by the First Counsellor, Political and Communications of the Embassy of France in Abuja, Mr. George Vanin, said: “In these tragic circumstances, France reaffirms its commitment to the fight against terrorism and its solidarity with the Nigerian government and people in the face of this terrible ordeal.”

Delivering judgment Tuesday in the trial of the Boko Haram members, Justice Bilikisu Aliyu convicted five of them on three out of the five counts brought against them.
They were all arraigned on a five-count charge of bombing the Suleja office of INEC.

They were equally charged with engaging in illegal training in weapons handling and unlawful possession of weapons with the intention of engaging in terrorism.

They were charged under Section 15(2) and (3) of the Economic and Financial Crimes (EFCC) Act.

However, Justice Aliyu discharged the convicts on the charges relating to the explosions at the Suleja church and the killing of policemen in Dakina because the prosecution failed to provide convincing evidence to support the charges.

In relation to the other charges, the judge held that the prosecution presented sufficient evidence to prove the guilt of the convicts.

She, however, freed Adamu because the prosecution failed to link him with the offences.

In relation to the four sentenced to life imprisonment, Justice Aliyu noted that they “used explosives meant for blasting rocks for mining purposes, to kill human beings who had done nothing to them”.

“Human life is sacred. There is no human life that is more sacred than the other. The convicts have shown lack of respect for human life. They deserve to be removed from the society,” the judge held before pronouncing the sentences.

In sentencing Ibrahim to 10 years imprisonment, the judge observed that the evidence presented by the prosecution showed that he merely served as an errand boy for others who had engaged in illegal weapons training.

Justice Aliyu held that Ibrahim was culpable for aiding the illegal trainees, as he could have refused to run errands for them if he was not in support of their activities.

Earlier, counsel to the accused persons, Kevin Okoro and Nuraini Sulyman, had prayed the court to temper justice with mercy, but the prosecuting counsel, Thompson Olatigbe, urged the court to give them a life sentence.